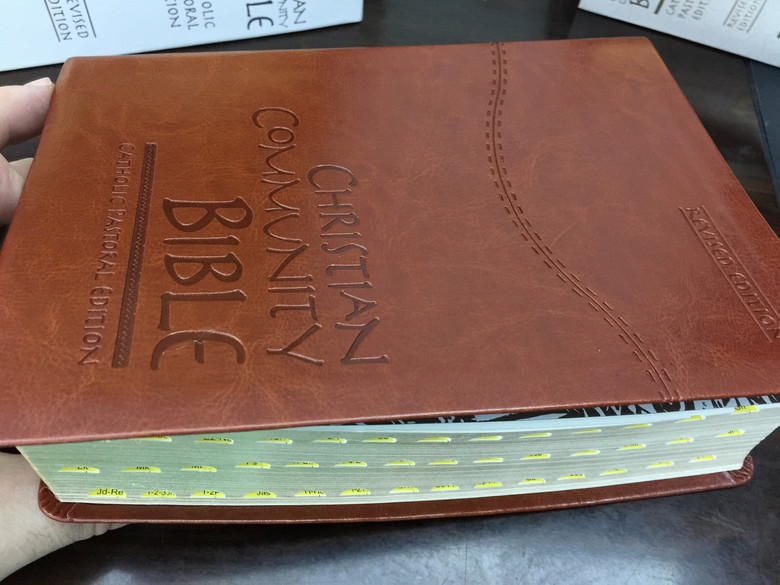 HISTORY: The Christian Community Bible began to be produced in 1986 when Rev. Alberto Rossa, a Claretian missionary in the Philippines, saw the need for an English version. With the help of the French priest Bernard Hurault, the translation was finished in 18 months. The work was published in 1988. The editors of the Christian Community Bible consider it to be a very accurate translation from the Hebrew and Greek biblical texts. New editions are currently coordinated by the Pastoral Bible Foundation and are currently published by Claretian Publications (also known as Claretian Communications).

The Christian Community Bible's order is a blend of the Jewish and Catholic order (here represented by the Douay-Rheims Bible). The King James Version is also listed for comparison purposes: