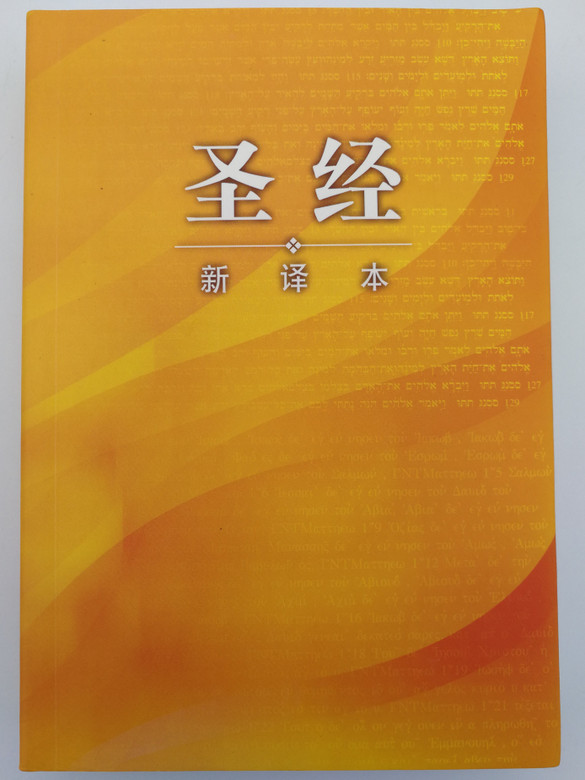 This is the first Chinese Bible translated by Chinese Biblical scholars directly from the Greek, Hebrew and Aramaic languages into modern Chinese ever in the history of the Chinese churches. The translation project was kicked off in 1972 by the New Chinese Bible Centre and the whole Bible was completed and published in 1992 by the Tien Dao Publishing House. A first draft of each book was done by a Bible scholar with expertise in Greek or Hebrew and Aramaic. It was then reviewed in a panel discussion where the original translator, a Bible linguist, a theologian or experienced pastor, a Chinese linguist and a translation researcher were present. After going through several rounds of review meetings and discussions of the researched results, a final draft was proposed. It was then sent for consultation among prominent Chinese church leaders worldwide to collect feedback and comments for final touch up.

This project was a joint effort of a team of around 100 prominent Chinese Bible scholars and language scholars from around the world. Some of them involved in the first draft translation and some in review and consultation before it’s first release in 1992. Some were involved in the recent years upgrades and revision processes. This team of scholars was made up of old and new prominent Chinese Biblical scholars in the 70s and recent years. The whole project was under the leadership of a group of Godly Chinese church leaders from beginning. These leaders included Rev. Dr. Philip Teng, Rev. Dr. John Pao, Rev. Dr. Timothy Lin, Rev. Dr. Samuel Tang, Rev. Dr. James Taylor III, Rev. Dr. Andrew Song, Rev. Dr. Wu Ming Chieh, etc. Rev. Paul Yung came on board at the very beginning of this project and worked under the leadership of the board in coordinating translators and review panels in different parts of the world with Hong Kong as the base. He was responsible for overseeing all publication, promotion and distribution of the CNV Bible.