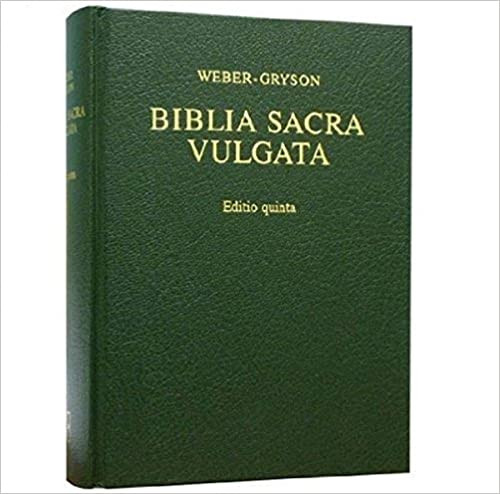 This is Jerome’s translation of the Greek and Hebrew Scriptures into Latin. It was recognized as authoritative during the Council of Trent (1546). It includes a Latin introduction, and expanded Apocrypha: Psalm 151, Epistle to the Laodiceans, 3 & 4 Esdras, and the Prayer of Manasses.

Originally edited by Robert Weber in 1969 and revised for the fourth (1994) edition by Gryson, this is the standard critical edition of the Latin version of the Bible, the Vulgate. Manuscript readings are duly noted in the apparatus, and the two versions of the Psalms are printed on facing pages (with the left page going the Gallican Psalter, the one commonly associated with the Vulgate version). Noteworthy is the fact that the third and fourth books of Esdras are included in this edition, and placed after the Neu Testament (3 Esdras Vulgate = 1 Esdras Septuagint; 4 Esdras Vulgate = 2 Esdras Septuagint). --Recommended as a standard resource for biblical study. --International Review of Biblical Studies