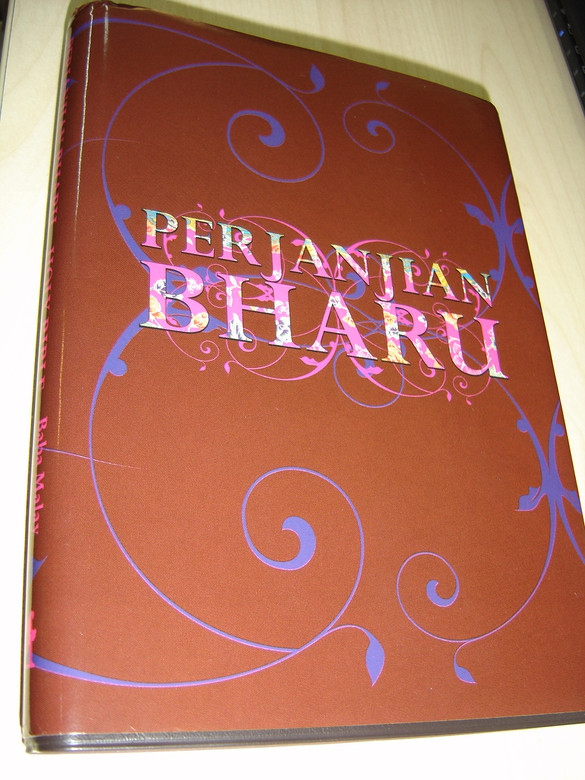 Author : The Bible Society of Singapore

Publisher : The Bible Society of Singapore

The Baba Malay New Testament was first published in 1913. It owed its existence to the labours of W. G. Shellabear, who had earlier translated the complete Bible in Malay. Since its publication, it had been in continuing use by the Peranakan Christians up to the present day. The term Peranakan literally means “descendants” or “locally born” in Malay, and refers to the descendants of Chinese immigrants to the Straits Settlements (which comprised Penang, Malacca and Singapore) and the Indonesian island of Java in or around the 17th Century. Baba Malay is, as its name suggests, related to the Malay tongue. However, it is distinct from the latter in that it had incorporated many words from Hokkien, English, Portuguese and Dutch into its vocabulary. It also has a simpler grammar and word order, having dropped many particles of proper Malay speech. Thus, the view that Baba Malay is properly a language in its own right is not without some basis. The use of Baba Malay is, sadly, in the wane, being limited to the older members of the Peranakan community. Indeed, the entire community is in serious decline because of the assimilation of their members back into the mainstream Chinese culture. Correspondingly, the demand for Baba Malay scripture had also dwindled. In light of that, why bother to reprint the Baba Malay New Testament? The reason is simply that there is a real need for it. At the moment, the Baba Malay New Testament is not available anywhere, for since 1950, it had been allowed to go out of print. The extant copies in the churches are worn and torn, and few copies are in private possesion. This reprint will ensure and adequate and fresh supply. We hope and pray this new issue of the Baba Malay New Testament, with corrections made to the text, will be cherished by member of the Peranakan community, and that it will facilitate the regular reading and study of the scripture which is God’s Holy Word.

Peranakan Chinese or Straits-born Chinese are the descendants of Chinese immigrants who came to the Malay archipelago including British Malaya (now Peninsular Malaysia and Singapore, where they are also referred to as Baba-Nyonya) and Dutch East Indies (now Indonesia; where they're also referred as Kiau-Seng) between the 15th and 17th centuries.