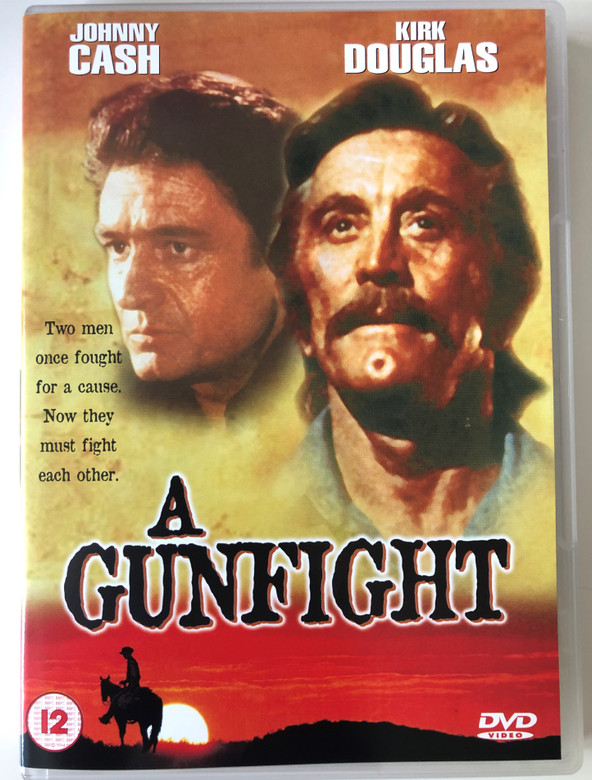 A Gunfight is a Western movie from 1971 directed by Lamont Johnson, starring Kirk Douglas and Johnny Cash.

The film was financed by the Jicarilla Apache Tribe, although there are no leading Native American characters in the story.

Will Tenneray and Abe Cross are two aging, famous gunfighters, both in need of money. Cross rides into town, having failed as a gold prospector. His reputation is such that everyone expects him to shoot it out with Tenneray, who capitalizes on his legend by working at the saloon to "sucker fools into buying drinks." To the town's surprise, Tenneray and Cross take a liking to one another. There is no hostility between them whatsoever.

Tenneray is desperate for money, however. He comes up with the idea to stage a duel to the death in a bullfight arena, with the ticket proceeds going to the winner. Unfortunately, by killing Cross, he reasons to Nora, his wife, "I could lose my best friend." The actual gunfight is shot in a low-key and unromanticised fashion, and is over in a couple of seconds, Cross killing Tenneray with the first bullet. (This defies conventions with the "man in black" winning.)