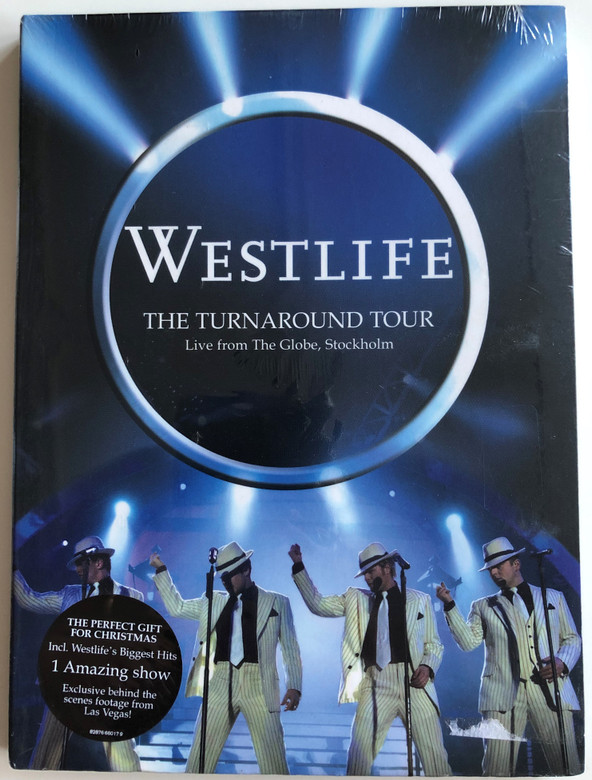 WESTLIFE The Turnaround Tour - Live In Sweden (2004 UK Region 2 PAL DVD filmed live at the The Globe, Stockholm, Sweden on 29th May 2004 and featuring all their best loved hits including 'Swear It Again', 'My Love' & the special stripped downversion of 'Flying Without Wings' [the first ever number 1 on the Official Download Chart], special features include 'Aint That A Kick In The Head' Video, the making of the album featurette, screensaver + weblink!)

Westlife - Irish all male band, originally called "Westside" and having 6 members. Three of those were replaced by Nick Byrne & Brian McFadden when Boyzone's manager Louis Walsh took them under his wings. Shortly afterwards Boyzone member Ronan Keating became their co-manager. From their very first single released in 1999 on Westlife had immense success wherever they came. Nonetheless Brian McFadden left the band in 2004 for family reasons. Since then the remaining four members have continued the band without him for another five years taking a one year hiatus in 2009. They released two further albums before disbanding after their final concert on 23 June 2012 at Croke Park Stadium in Dublin, Ireland. In 2019 Westlife reformed (without Brian McFadden) for their 20th anniversary tour. A new album will follow later in the year.