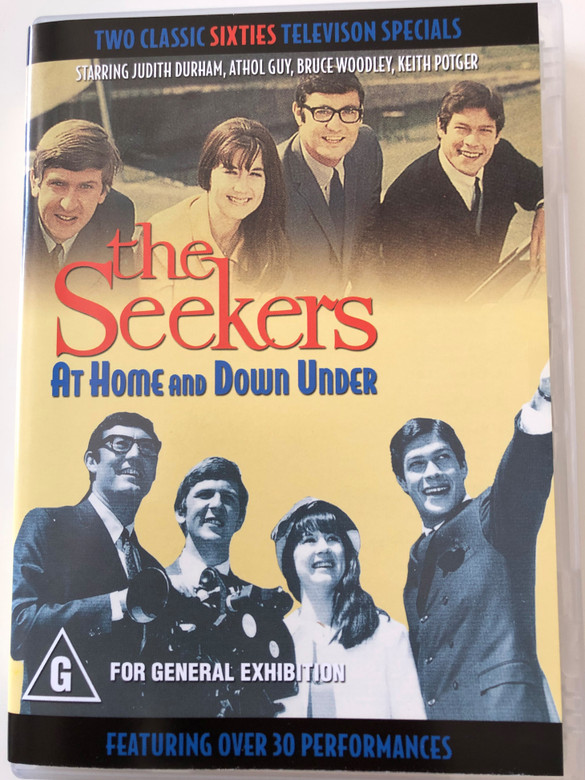 This collector's edition brings you The Seekers at the height of their fame and popularity, and preserves forever this monumental group. It was filmed on location and takes the group on a sightseeing tour of Canberra, Sydney, Melbourne, Surfers Paradise and South Australia's Borossa Valley. 15 of the group's most popular songs are featured, including 'Turn Turn Turn', 'Red Rubber Ball', 'The Times They Are A Changin' and 'The Water Is Wide'.

The Seekers are an Australian folk-influenced pop quartet, originally formed in Melbourne in 1962.

They were the first Australian pop music group to achieve major chart and sales success in the United Kingdom and the United States.

They were popular during the 1960s with their best-known configuration as: Judith Durham on vocals, piano, and tambourine; Athol Guy on double bass and vocals; Keith Potger on twelve-string guitar, banjo, and vocals; and Bruce Woodley on guitar, mandolin, banjo, and vocals.