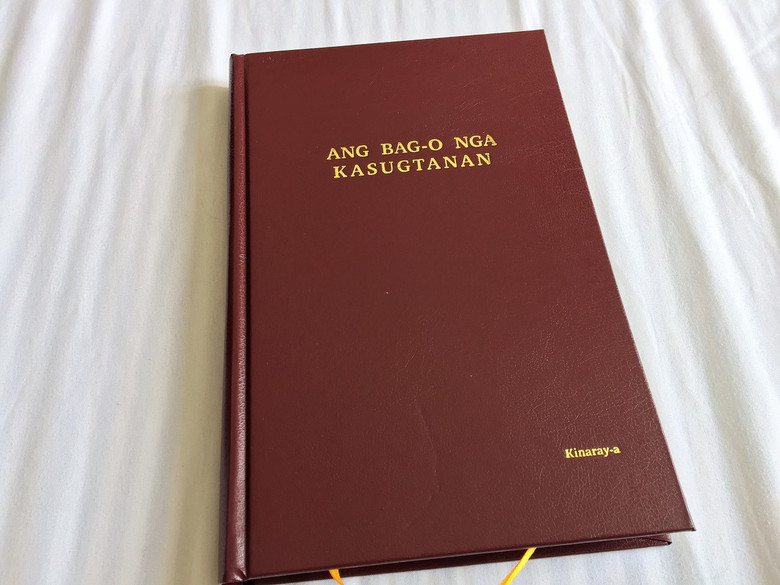 The New Testament in Kinaray-a Language

Publishers: Translation Association of the Philippines

Printed in 2009 by Philippine Bible Society

Kinaray-a is an Austronesian language spoken mainly in Antique Province in the Philippines. Kinaray-a came from the word "iraya" equivalent to "ilaya" in Tagalog, which refers to a group of people residing in the mountain areas of the province.

The Karay-a language, or Kinaray-a (Karay-a + the infix -in-) (ISO: krj), is an Austronesian regional language spoken by the Karay-a people, mainly in Antique in the Philippines as well as Iloilo and other provinces on the island of Panay. It is one of the Visayan languages, mainly along with Aklanon/Malaynon, Capiznon and Hiligaynon.