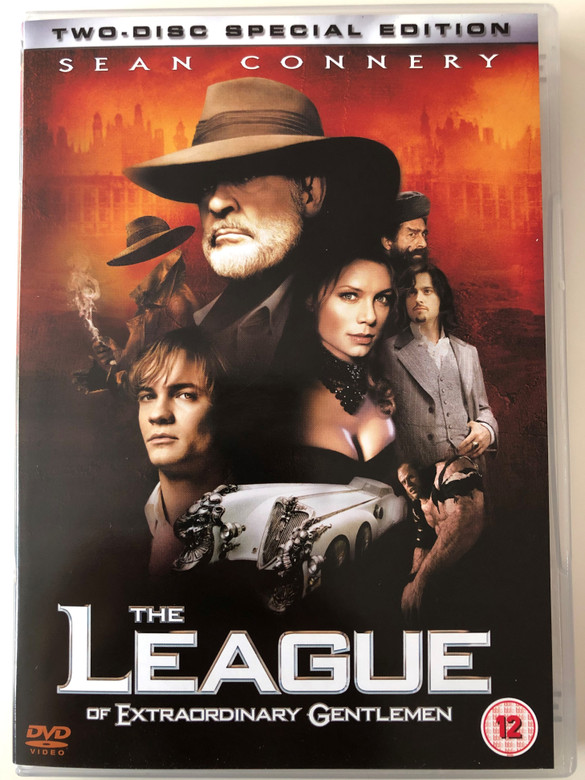 Subtitles: English for the hearing impaired

The League of Extraordinary Gentlemen, also promoted as LXG, is a 2003 steampunk-dieselpunk superhero film loosely based on the first volume of the comic book series of the same name by Alan Moore and Kevin O'Neill. It was released on July 11, 2003, in the United States, and distributed by 20th Century Fox. It was directed by Stephen Norrington and starred Sean Connery (in his final live-action role before retiring), Naseeruddin Shah, Peta Wilson, Tony Curran, Stuart Townsend, Shane West, Jason Flemyng and Richard Roxburgh.

In 1899, a terrorist group led by the Fantom break into the Bank of England to steal Leonardo da Vinci's blueprints of Venice's foundations and kidnap several German scientists. The British Empire sends Sanderson Reed to Kenya Colony to recruit adventurer and hunter Allan Quatermain, who had retired following the death of his son. Quatermain at first refuses until a group of assassins are sent to kill him, resulting in the death of his longtime friend, Nigel. In London, Quatermain meets "M", who reveals that the Fantom plans to start a world war by bombing a secret meeting of world leaders in Venice. To prevent this, M is forming the latest generation of the League of Extraordinary Gentlemen, consisting of Quatermain, Captain Nemo, vampiric chemist Mina Harker, and invisible thief Rodney Skinner.

The League travel to the London docks to recruit Dorian Gray, Mina's former lover who is immortal due to a missing portrait. The Fantom's assassins attack, but the League fend them off, aided by U.S. Secret Service Agent Tom Sawyer. Dorian and Sawyer join the League. They then capture Edward Hyde in Paris, who transforms back into his alter ego Dr. Jekyll and joins the League after being offered amnesty. The League travel to Venice in Nemo's submarine, the Nautilus, but it soon becomes clear there may be a mole on board: a camera's flash powder residue is found in the wheelhouse, and one of Jekyll's transformation formulas disappears. Suspicion falls on the missing Skinner.