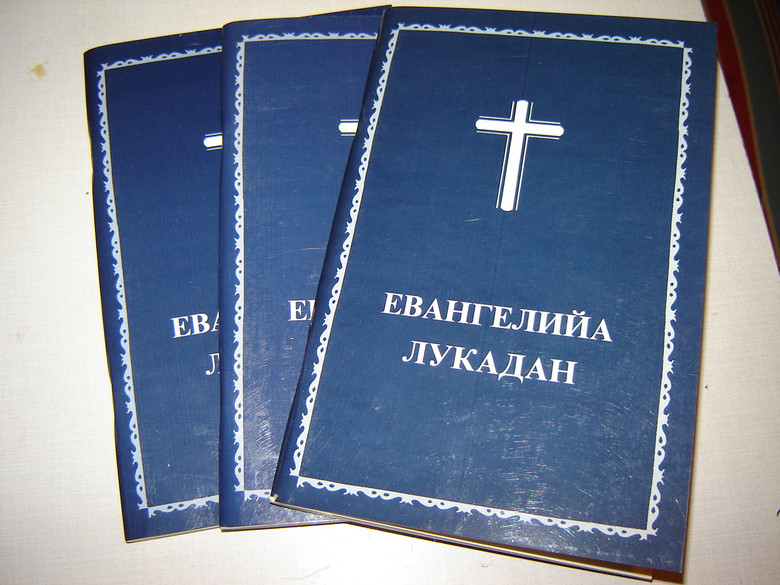 The Gospel of Luke in Gagauz Language / Evangleija Lukadan / The Gagauz language (Gagauz dili) is a Turkic language, spoken by the Gagauz people, and the official language of Gagauzia, Republic of Moldova. It is spoken by approximately 150,000 people Binding: Paperback Publication date: 1997 Alphabet Originally, it used the Greek script. Beginning in 1957, the Cyrillic alphabet was used. The current Gagauz script is a Latin-based alphabet, modelled after Turkish, with the addition of two letters, "" (to represent the sound of "?", as in Azeri) and "?" (to represent the same sound in Romanian/Moldovan, as well as the same sound in Russian.)