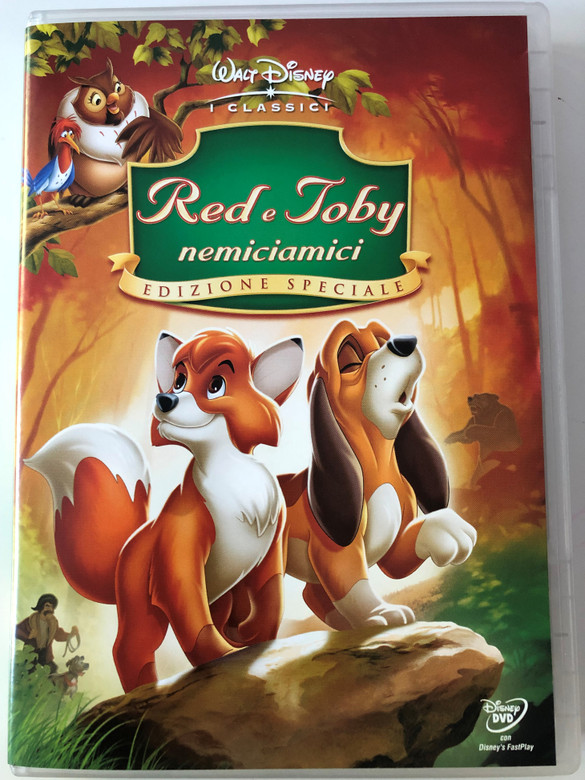 The Fox and the Hound is a 1981 American animated musical buddy drama film produced by Walt Disney Productions and loosely based on the 1967 novel of the same name by Daniel P. Mannix. The 24th Disney animated feature film, the film tells the story of two unlikely friends, a red fox named Tod and a hound dog named Copper, who struggle to preserve their friendship despite their emerging instincts and the surrounding social pressures demanding them to be adversaries. The film was directed by Ted Berman, Richard Rich, and Art Stevens, and features the voices of Mickey Rooney, Kurt Russell, Pearl Bailey, Jack Albertson (in his final film role), Sandy Duncan, Jeanette Nolan, Pat Buttram, Dick Bakalyan, and Paul Winchell.

After a young red fox is orphaned, Big Mama the owl, Dinky the finch, and Boomer the woodpecker arrange for him to be adopted by a kindly farmer named Widow Tweed. Tweed names him Tod, because he reminds her of a toddler. Meanwhile, her neighbor, a hunter named Amos Slade, brings home a young hound puppy named Copper and introduces him to his hunting dog Chief. One day, Tod and Copper meet and become playmates, vowing to remain "friends forever". Slade grows frustrated at Copper for constantly wandering off to play, and places him on a leash. While playing with Copper outside his doghouse, Tod awakens Chief. Slade and Chief chase Tod until they are stopped by Tweed. After an argument, Slade threatens to kill Tod if he trespasses on his farm again. Hunting season comes and Slade takes his dogs into the wilderness for the interim. Meanwhile, Big Mama, Dinky, and Boomer attempt to explain to Tod that his friendship with Copper will not continue, as they are natural enemies, but Tod naively refuses to believe them, hoping that he and Copper will remain friends forever.