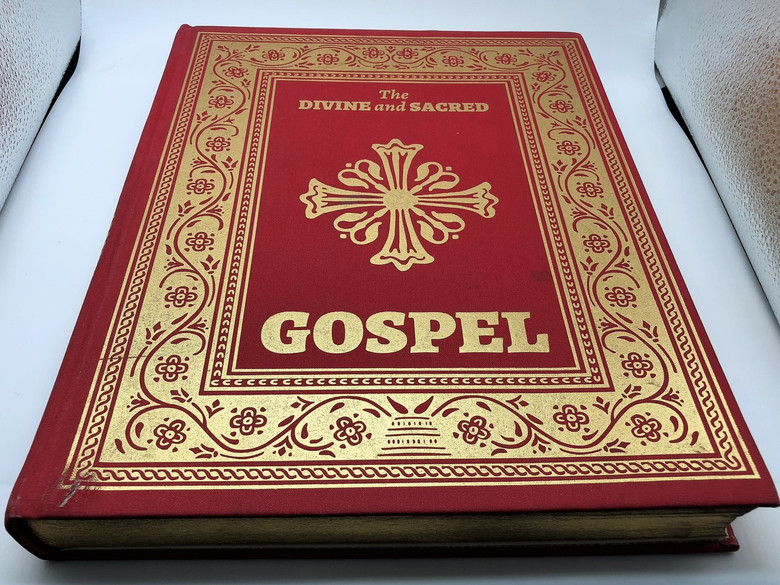 Only the BOOK, without the PROTECTIVE SLEEVE COVER! One of the corners is dinged, inside BRAND NEW!

AS PICTURED!   Buy with Confidence!!!

The Divine and Sacred Gospel is an English translation of the Holy Gospel arranged according to liturgical usage in the Orthodox Church. The English text contained herein is that of the Eastern / Orthodox Bible (EOB) an Orthodox Christian translation of the New Testament based on the Patriarchal text of 1904. The Patriarchal Text of 1904 is the normative Greek text of the New Testament of the Orthodox Church for ecclesiastical use.

While this edition is designed for the Holy Altar, it also makes an excellent addition to any home prayer corner or library.
More about the EOB translation: The EOB New Testament was prepared for personal study and liturgical use in English-speaking Orthodox Christian communities. Its format and font are designed to make both activities accessible and rewarding. Every attempt has been made to offer an accurate and scholarly translation of the Greek text, free of the theological bias that has affected most other translations of the New Testament, including the NIV (2 Thess. 2:15) and NAB (Matt. 5:32).
Until the publication of the EOB, the King James and New King James versions have been the preferred translations, partly be- cause they are based on the Textus Receptus (TR) which is a Byzantine-type text that is close to the normative ecclesiastical text of the Greek-speaking Orthodox Churches.
Several versions of the King James Version (KJV) currently exist, but all suffer from the imperfections of the Textus Receptus prepared by Erasmus (1522, third edition) from a small number of manuscripts and revised by Stephanus (1550). Moreover, the Old Testament of the KJV is mostly based on the Masoretic text and fails to include significant Septuagintal variants. Also, even though the original 1611 edition of the KJV included the so-called apocryphal books, these were removed in subsequent editions, thus preventing proper ecclesiastical use in an Orthodox context.
In North America, most parishes of the Orthodox Church in America and of the Antiochian Archdiocese still use Elizabethan English in the liturgy, in which case the KJV does provide lin- guistic continuity, although at the expense of universal accessibility. In practice however, it seems that the majority of Orthodox parishes read the Scriptures in formal but contemporary English, often from the New King James Version (NKJV). This particular modern-language translation is also based on the Textus Re- ceptus and follows the formal-equivalency approach and general style of the KJV. In addition, the NKJV provides comprehensive footnotes which discuss significant variant readings. ...certain issues of translation and terminology also called for revisions within an Orthodox context.
The translation of the New Testament included in the EOB is based on the official Greek text published by the Ecumenical Patriarchate of Constantinople in 1904 (Patriarchal Text or PT). Its purpose is not to offer an always speculative reconstruction of the original autographs but to provide a uniform ecclesiastical text which is a reliable and accurate witness to the truth of the Christian faith. 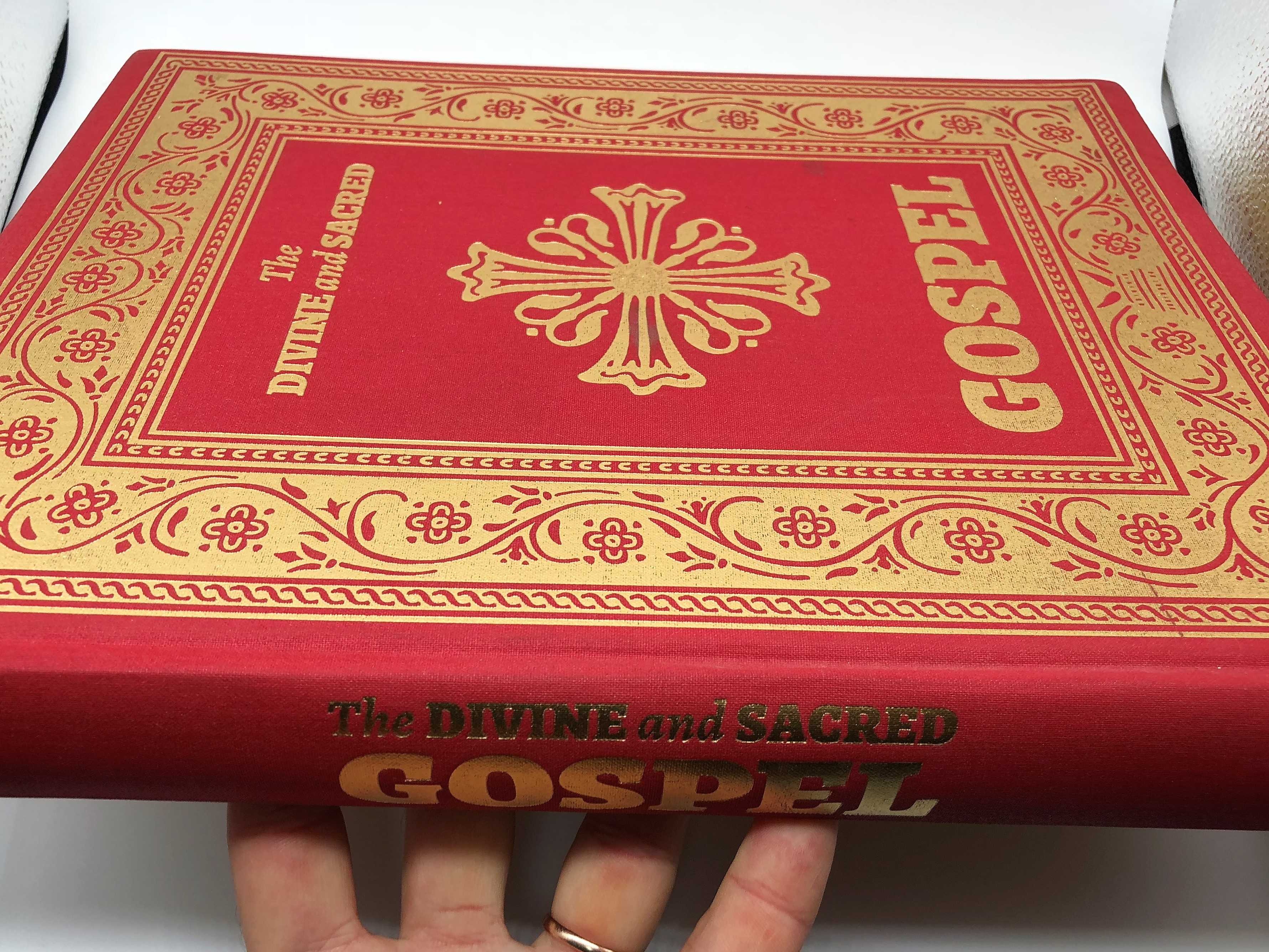 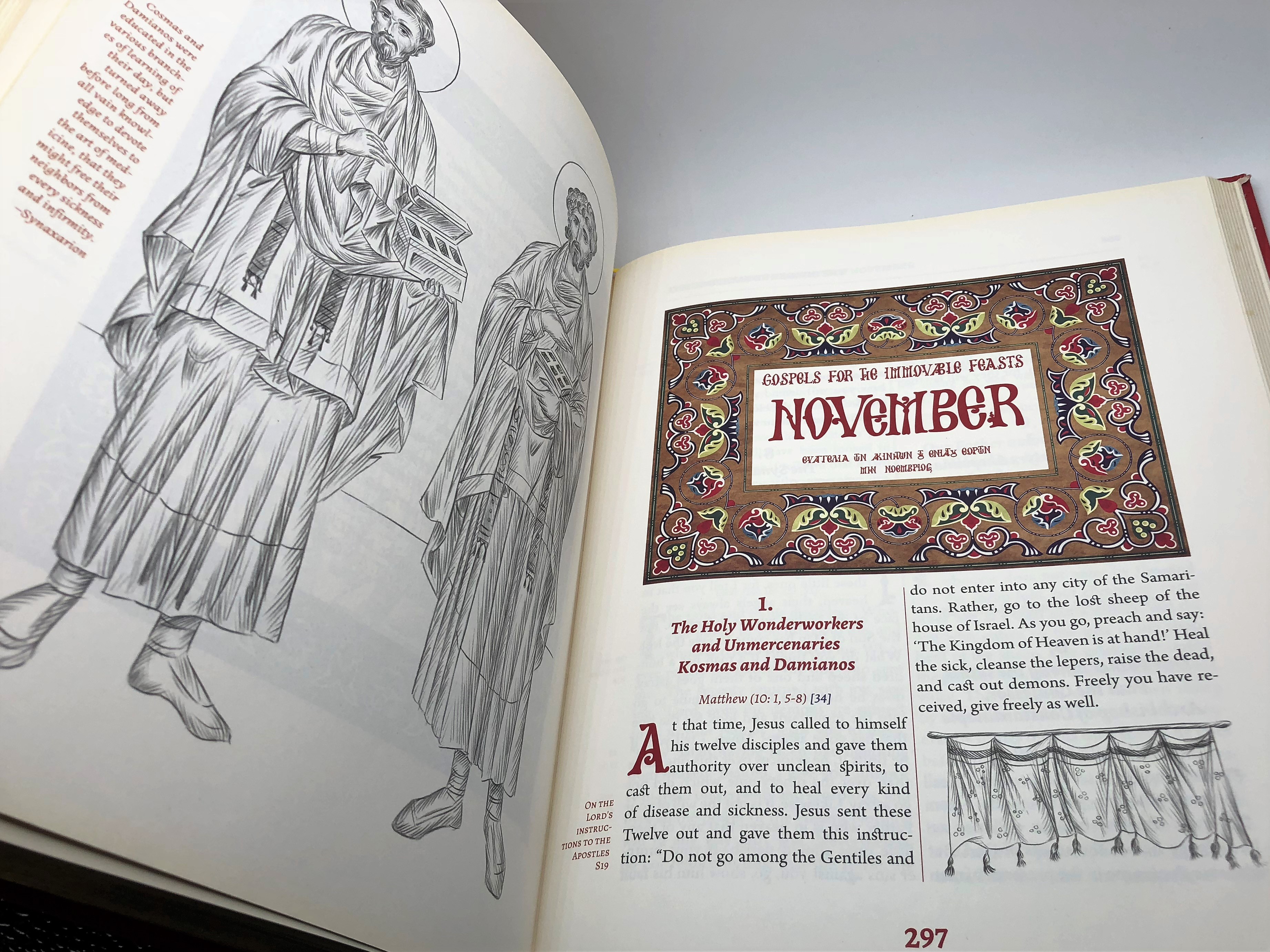