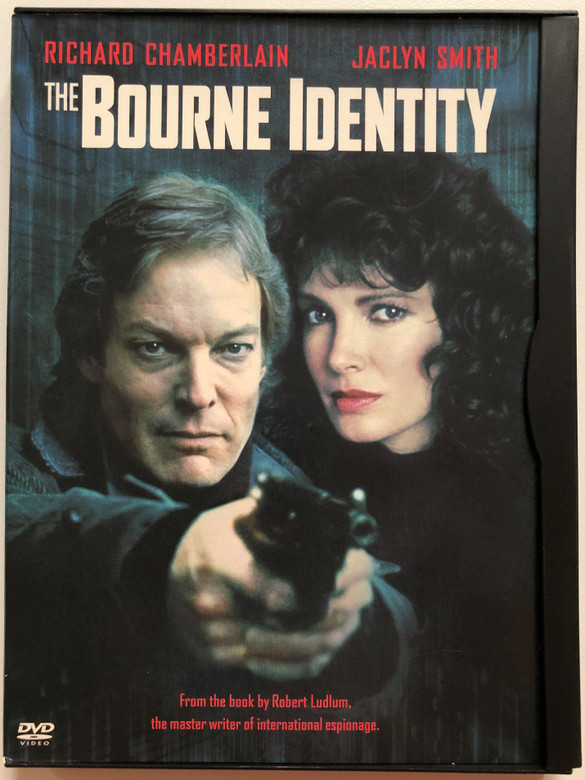 MADE IN THE US

The Bourne Identity is a 1988 American mystery action thriller television movie adaptation of Robert Ludlum's 1980 novel The Bourne Identity.[1] The film adaptation was written by Carol Sobieski, directed by Roger Young for Warner Bros. Television with Richard Chamberlain in the title role, along with Jaclyn Smith. It follows the storyline of the original novel, with a run-time of 3 hours 5 min. With commercials added, the running time was extended to four hours. The film was first shown on ABC in two two-hour installments over two nights. The film was the last TV film for both Anthony Quayle and Denholm Elliott.

Differences from the book

The film exhibits some differences from the novel by Ludlum. The undercover identity of Jason Bourne is simplified to "Bourne" pursuing Carlos rather than using the code name "Cain". Alexander Conklin is killed by one of his own people when attempting to confront Bourne; in the novel he survives and appears in subsequent novels. In the book's ending, Carlos the Jackal escapes in the confusion, whereas in the film he is killed in the climactic battle with Bourne. 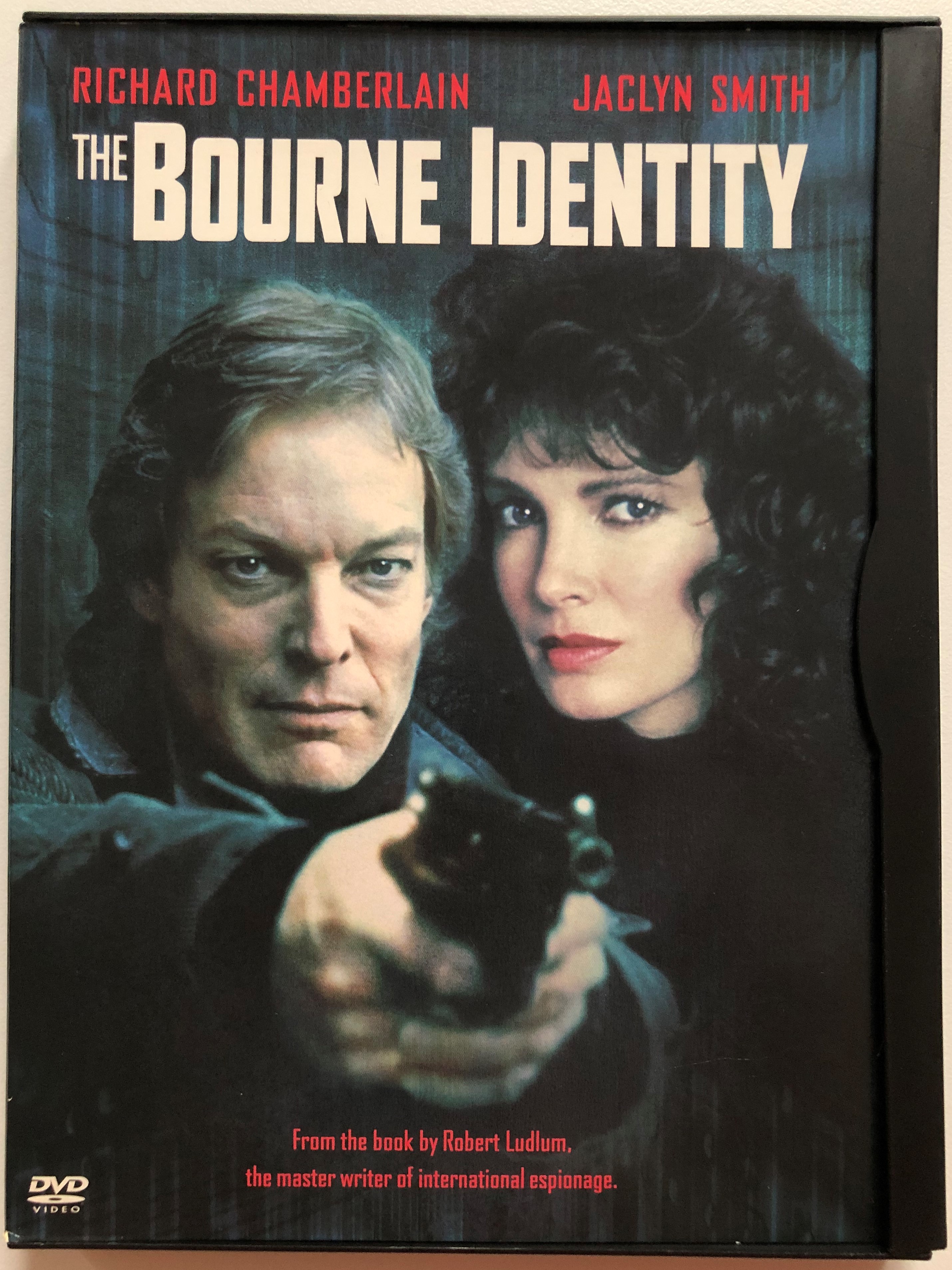 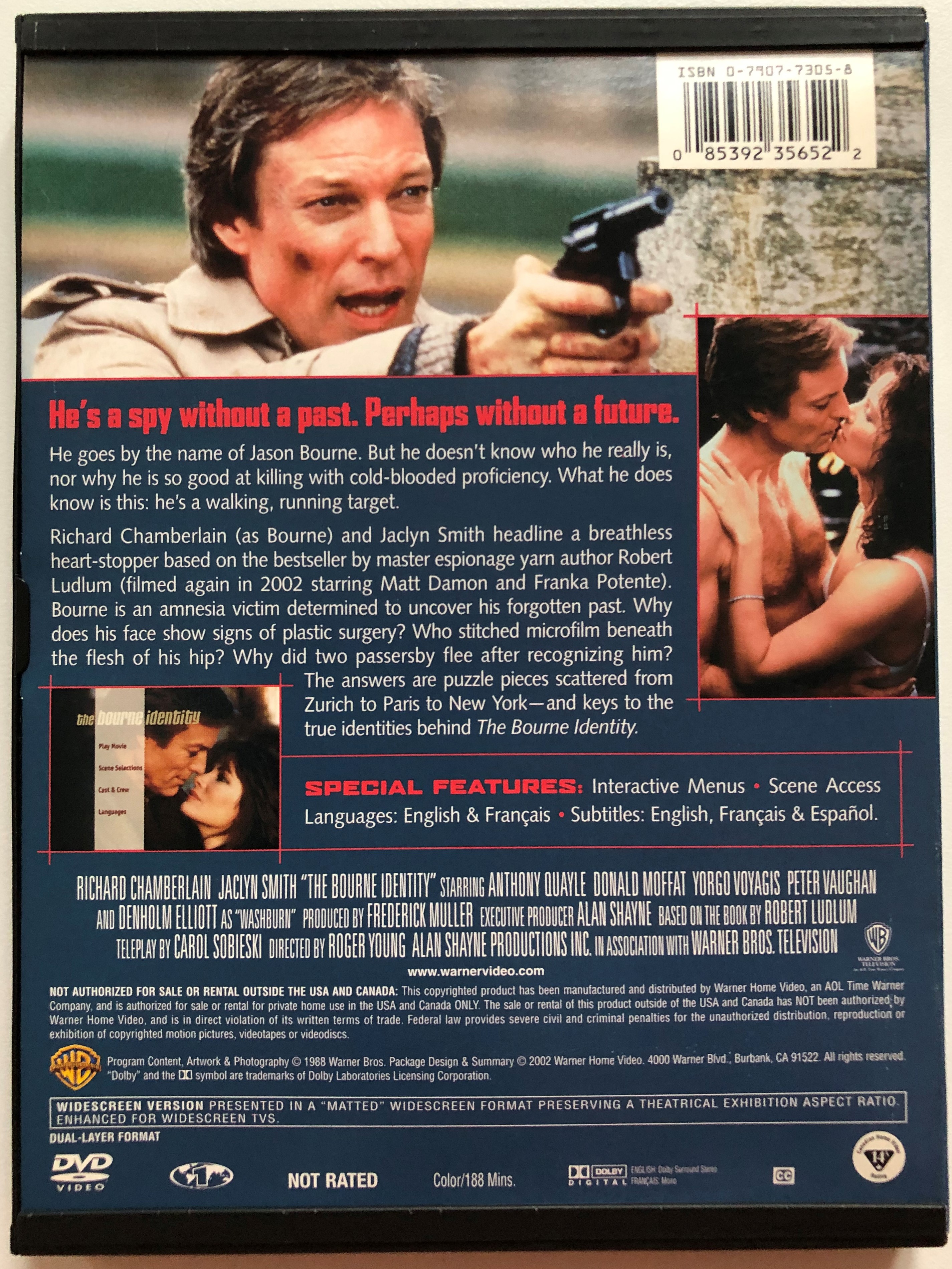