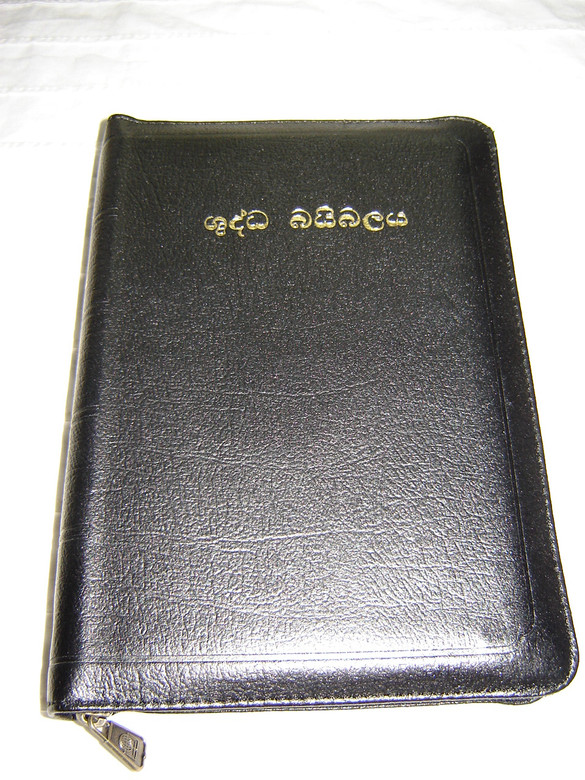 Sinhala Bible - For people in or from Sri Lanka!

This is the Indic language of the Sinhalese.

Sinhalese (/sɪnəˈliːz/), known natively as Sinhala (Sinhalese: සිංහල; siṁhala [ˈsiŋɦələ]),[3] is the native language of the Sinhalese people, who make up the largest ethnic group in Sri Lanka, numbering about 16 million.[4][5][6] Sinhalese is also spoken as a second language by other ethnic groups in Sri Lanka, totalling about four million.[7] It belongs to the Indo-Aryan branch of the Indo-European languages.[8] Sinhalese is written using the Sinhalese script, which is one of the Brahmic scripts, a descendant of the ancient Indian Brahmi script closely related to the Kadamba alphabet.[9]

Sinhalese is one of the official and national languages of Sri Lanka. Sinhalese, along with Pali, played a major role in the development of Theravada Buddhist literature.[10][11]