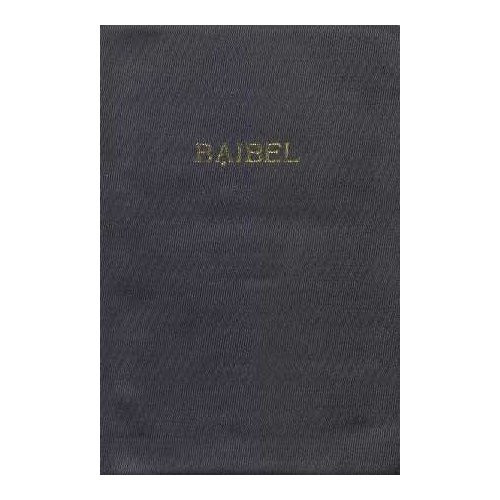 Santali Language Bible / Baibel / Santali Spoken In: India, Bangladesh, Nepal, Bhutan (Vinyl PVC Black Cover) Santali is a language in the Munda subfamily of Austro-Asiatic, related to Ho and Mundari. It is spoken by about six million people in India, Bangladesh, Nepal, and Bhutan. Most of its speakers live in India, in the states of Jharkhand, Assam, Bihar, Orissa, Tripura, and West Bengal. It has its own alphabet, known as Ol Chiki, but literacy is very low, between 10 and 30%. Santali is spoken by the Santals. The Santals (also spelled as Santhal; formerly also Sonthal) are the largest tribal community in India, found mainly in the states of West Bengal, Bihar, Jharkhand, Assam, and Orissa. There is also a significant Santal minority in neighboring Bangladesh. The Santali language is part of the Austro-Asiatic family, distantly related to Vietnamese and Khmer. The Santali script, or Ol Chiki, is alphabetic, and does not share any of the syllabic properties of the other Indic scripts such as Devanagari. It uses 30 letters and five basic diacritics. It has 6 basic vowels and three additional vowels, generated using the Gahla Tudag