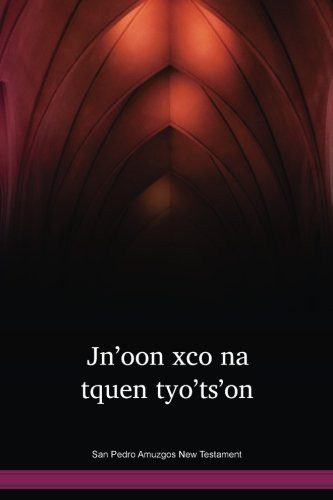 San Pedro Amuzgos is a town and municipality in Oaxaca in south-western Mexico. The municipality covers an area of km². It is part of Putla District in the west of the Sierra Sur Region.

Amuzgo is an Oto-Manguean language spoken in the Costa Chica region of the Mexican states of Guerrero and Oaxaca by about 44,000 speakers. Like other Oto-Manguean languages, Amuzgo is a tonal language. From syntactical point of view Amuzgo can be considered as an active language. The name Amuzgo is claimed to be a Nahuatl exonym but its meaning is shrouded in controversy; multiple proposals have been made, including [amoʃ-ko] 'moss-in'.

A significant percentage of the Amuzgo speakers are monolingual; the remainder also speak Spanish.

Four varieties of Amuzgo are officially recognized by the governmental agency, the Instituto Nacional de Lenguas Indígenas (INALI). They are:

These varieties are very similar, but there is a significant difference between western varieties (Northern and Southern) and eastern varieties (Upper Eastern and Lower Eastern), as revealed by recorded text testing done in the 1970s.

While the Mixtecan subdivision may indeed be the closest to Amuzgo within Oto-Manguean, earlier claims that Amuzgo is part of it have been contested.