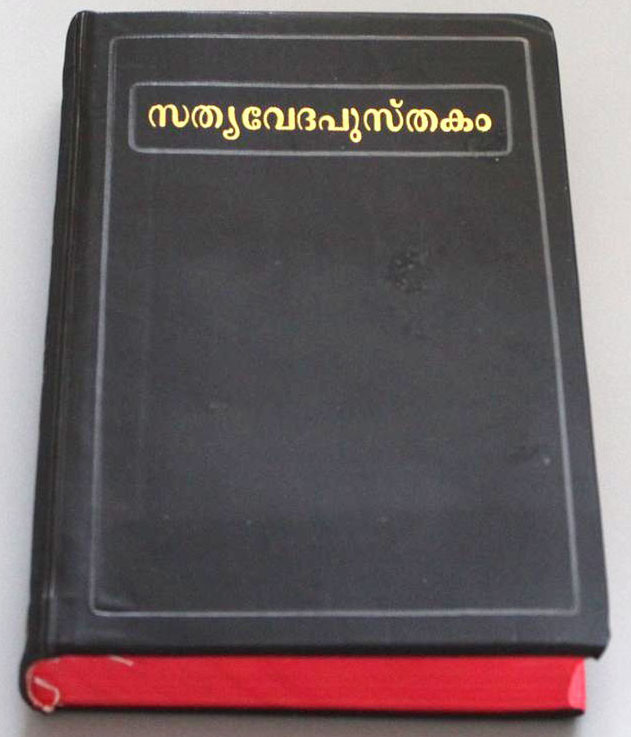 Malayalam Bible / O.V. Re-edited Holy Bible / Alealum, Malayalani, Malayali, Malean, Maliyad, Mallealle, and Mopla Malayalam, is one of the four major Dravidian languages of southern India. It is one of the 22 scheduled languages of India with official language status in the state of Kerala and the union territories of Lakshadweep and Puducherry. It is spoken by 35.9 million people. Malayalam is also spoken in the Nilgiris district, Kanyakumari district and Coimbatore of Tamil Nadu, Dakshina Kannada, Bangalore and Kodagu districts of Karnataka. Overseas it is also used by a large population of Indian expatriates living around the globe in the Middle East, North America, Malaysia, Singapore, Australia, and Europe.