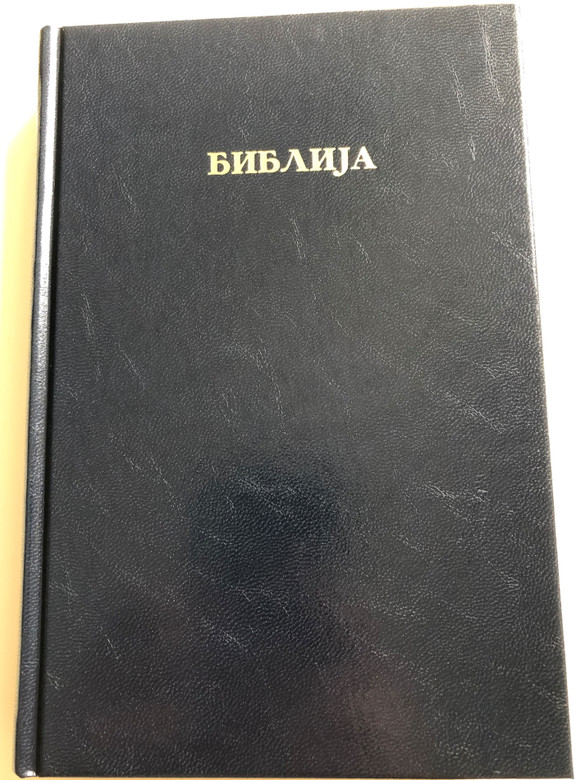 Macedonian is an Eastern South Slavic language. Spoken as a first language by around two million people, it serves as the official language of North Macedonia. Most speakers can be found in the country and its diaspora, with a smaller number of speakers throughout the transnational region of Macedonia. Macedonian is also a recognized minority language in parts of Albania, Bosnia and Herzegovina, Romania, and Serbia and it is spoken by emigrant communities predominantly in Australia, Canada and the United States.

In 1952 a liturgical edition of the 4 Gospels was printed. This was translated by Milošev Djordje with the help of the Macedonian Committee of the Orthodox Church. In 1957 further selections based upon the lectionary readings were published. In 1959 the Gospels of Matthew, Mark, Luke and John, translated by Georgi Milosev, Boris Boskovski and Petar Ilijevski was published by the British and Foreign Bible Society (BFBS). The first complete e New Testament translated in the Macedonian language was then completed and published in 1967. In 1970 the Bible Society printed an edition with cross-references following the verses. Another edition was printed in Belgrade in 1988 by the Yugoslav office of the United Bible Societies (UBS).