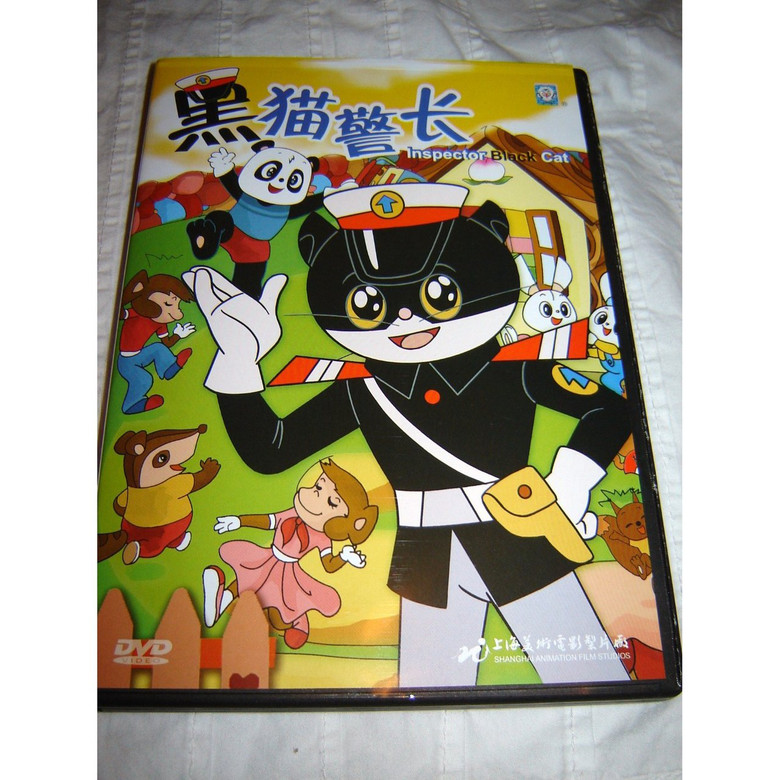 Inspector Black Cat / Hei Mao Jing Zhang / Black Cat Detective / Chinese Classic Cartoon / Region 0 DVD / Audio: Chinese / Subtitle: English, Chinese9787884147595Black Cat Detective is the protector of peace and tranquility in the forest! Black Cat Detective is a Chinese animation television series in China produced by the Shanghai Animation Film Studio. It is also referred to as "Inspector Black Cat" and "Marshall the Black Cat". The series was originally aired from 1984 to 1987. In June 2006 the cartoon was announced to be revitalized and rebroadcasted. Critics from the past have warned about the violence in the cartoon despite the surrealistic style of presentation. Additional comments state that the cartoon was not suitable for children's education. Others have countered the argument saying it is strictly for entertainment purposes. Some parents may consider the violence to be as/more controversial than that of Tom and Jerry.