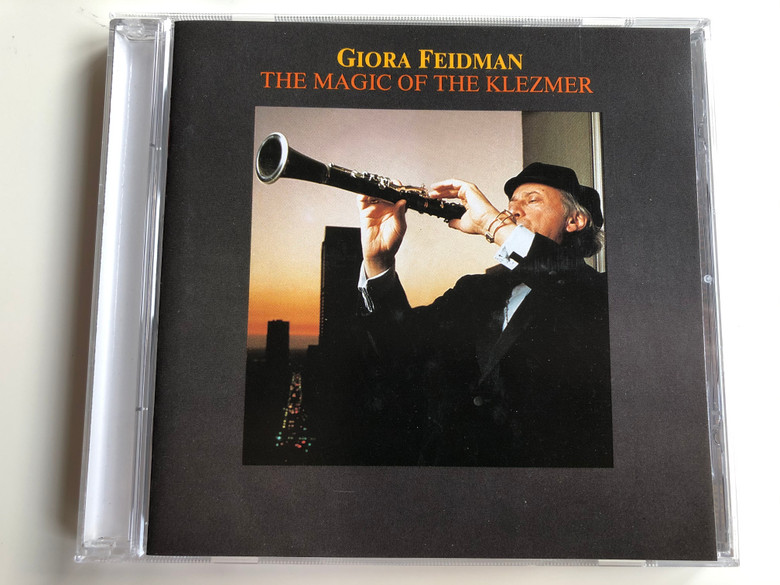 "I consider music to be spiritual nourishment. Without this nourishment we simply couldn't survive." Giora Feidman

Klezmer, the language of the soul

The unique music of Eastern Europe Jews is called "klezmer". The klezmorim (the musicians) were traveling musicians who spread their songs throughout the land and often struck up in the many little cities ("schtetl") that were so influenced by the Jewish faith, particularly at wedding ceremonies, feasts and dances. The emotional awareness of life that these homeless Eastern Europeans experienced alternated between one of melancholy, despair and unbridled joy in the untroubled hours they had. These contradictory moods find expression in klezmer music. This music can be arousing, funny and full of the joys of life, but it can also bring one to tears.

For the immigrant Eastern European Jews, this was how the music they had passed from one generation to the next over the centuries came to mix with the sounds of their host countries: In the USA, it mixed with jazz; in Argentina it mixed with tango. All of these melodious variations were now reuniting and blending together in the new Jewish nation and they also included some Arabian elements. They became the songs of a people that were once again allowed to be a people, but one which first had to find its own identity.

Giora Feidman plunges deeply into this "Jewish Soul", taking on various influences und developing them further into his own interpretations. The clarinet proves to be the ideal instrument to do just that, to find expression in the realm of emotional nuances. He travels from one kibbutz to the next with his small group of musicians and simply performs. The renaissance of the klezmer was then to take its course.

In the early 1970s, Feidman left the Israel Philharmonic Orchestra and began giving klezmer concerts in other countries. And the world listens intently - to the astonishment of many, who don't consider this kind of music to be socially acceptable. The well-known Jewish composer, Ora Bat Chaim, protagonist of the rising klezmer movement in the 1960s, recalls:

"Time and time again I was told that there is no audience for an artist, regardless of how talented he or she may be, to fill an entire evening concert program exclusively with Jewish music. Oh, how wrong they were! My years of experience tell me that precisely Maestro Feidman's abilities as a musician and entertainer are responsible for doing just that. His innovative concerts were given "standing ovations" around the world - and that fact truly speaks for itself."

Feidman left Israel in the early 1970s and traveled to New York as a soloist. He enraptured the stages of the world, from London to Tokyo, with his klezmer interpretations. In many foreign countries his name soon became well-known, but in Germany he was still practically unknown. That was to change quickly, when the director Peter Zadek began looking for a Jewish musician for his production of the musical "Ghetto" by Joshua Sobol in 1984. An Israeli colleague played Zadek some of Giora Feidman's music and Zadek was extremely enthusiastic. He then inquired with Feidman in New York, asking when Feidman could send one of his clarinet students to Berlin. The master made the journey himself.

The piece, with Esther Ofarim as the leading lady, debuts at the Berlin Playhouse and at the German Theater in Hamburg and is instantly a huge success. Germany discovered Giora Feidman, just as the musician discovered theater.

This was how Jewish Soul found its way to Central Europe. In 1985, the initial plans for his first record appeared, "Viva El Klezmer", and during the course of the coming years their numbers would eventually grow to several dozen (see Discography). The clarinetist, who is just as multifaceted as he is keen to experiment, found himself continually pushing off to new shores with his new formations and the number of people who eagerly and avidly accompanied him - both in the concert halls and in front of loudspeakers in their own livings rooms - continued to grow.

Aside from this, the works of George Gershwin and tangos from his Argentinean homeland can all be found in Feidman's concert programs. Symphonic works of contemporary Israeli composers (Ora Bat Chaim, Betty Olivero) would later find their way increasingly into his repertoire, along with other classical works, including Mozart's clarinet concerts.

The concert stage has long not been enough for him. Over and over again he finds his way back to theatrical works, musicals, operas and films. Together with Itzak Perlman, he performed the soundtrack for Steven Spielberg's epic holocaust work "Schindler's List", which was awarded an "Oscar" in 1994. He also performed in "The Comedian Harmonists" and in "Beyond Silence". In 1995, he caused quite a furor with the dubbing of the silent movie classic "Golem", as he did in 2005 with his piece "Nothing but Music", a production in ten poetic images.

Because of all of these projects, the musician Giora Feidman has become an ambassador of sorts, who specializes in building bridges between peoples and cultures.

The man has remained modest and has not earned fame as a noted orator. He would rather let his clarinet do the talking and is therefore gladly invited to the biggest of events. He performed the world premiere, together with members of the Berlin Philharmonic Orchestra, of Ora Bat Chaim's composition "Love" at the ceremony to commemorate the millions of victims of the National Socialist regime in the plenary hall of the German Federal Parliament in January 2000. And in August 2005, he was invited by Pope Benedict XVI to play at the vigil on World Youth Day in Cologne, Germany - before an audience of more than 800,000 people.

Today, the virtuoso Feidman is a personality of contemporary history. In 2001, he was awarded special acclamation in Berlin with the Great Cross of Merit with ribbon for his special achievements concerning the reconciliation between the Germans and the Jews.

"I don't play the clarinet. I am a singer", Giora Feidman once said. "I sing through my instrument." During the long song of his life, the first tunes of which were sounded in South America and which have guided him across all of the earth's continents, many, many verses have come together. And the number is still increasing. It is a timeless, very emotional song that doesn't need any texts. People listen with enthusiasm and their souls sing along. 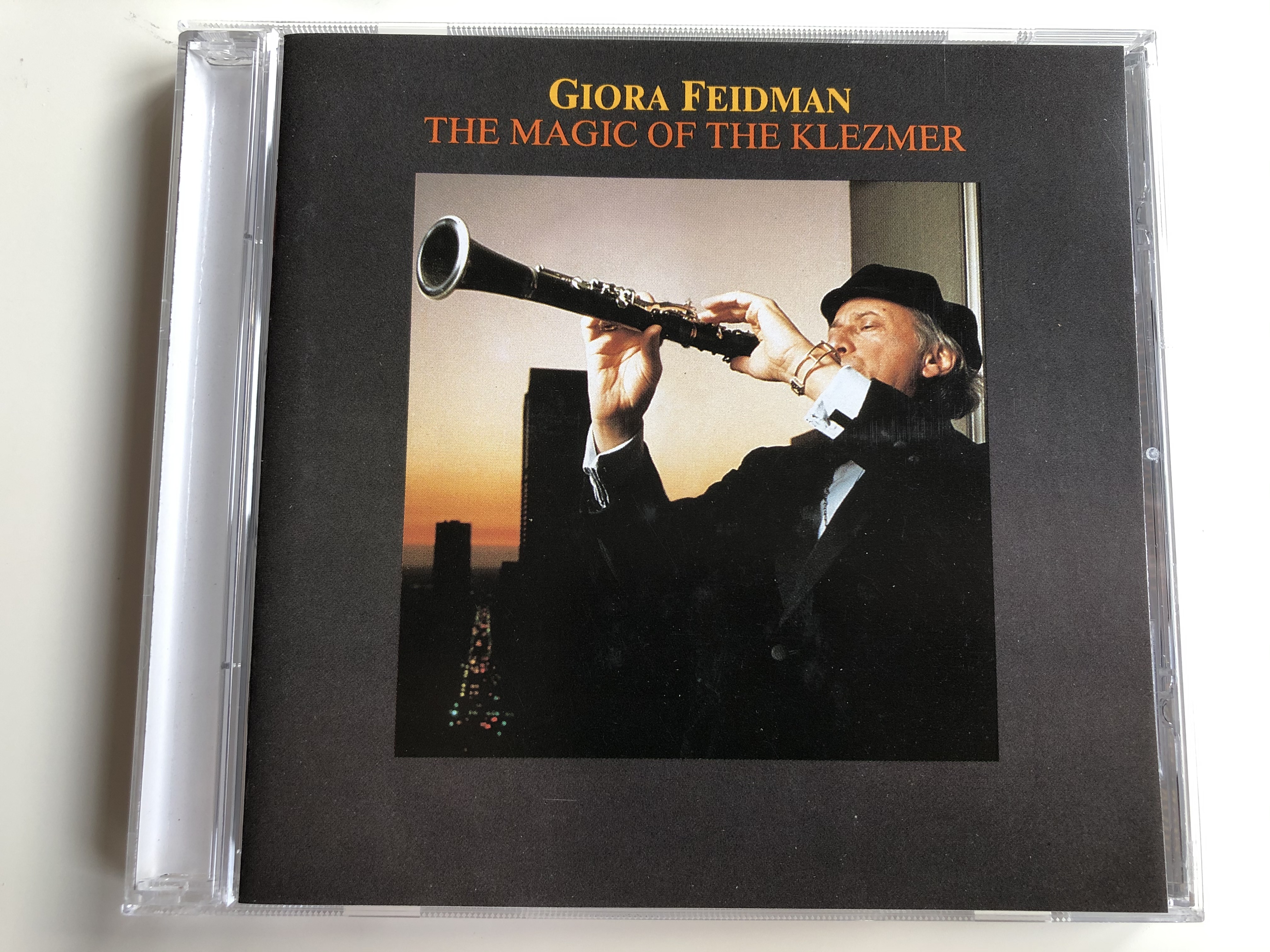 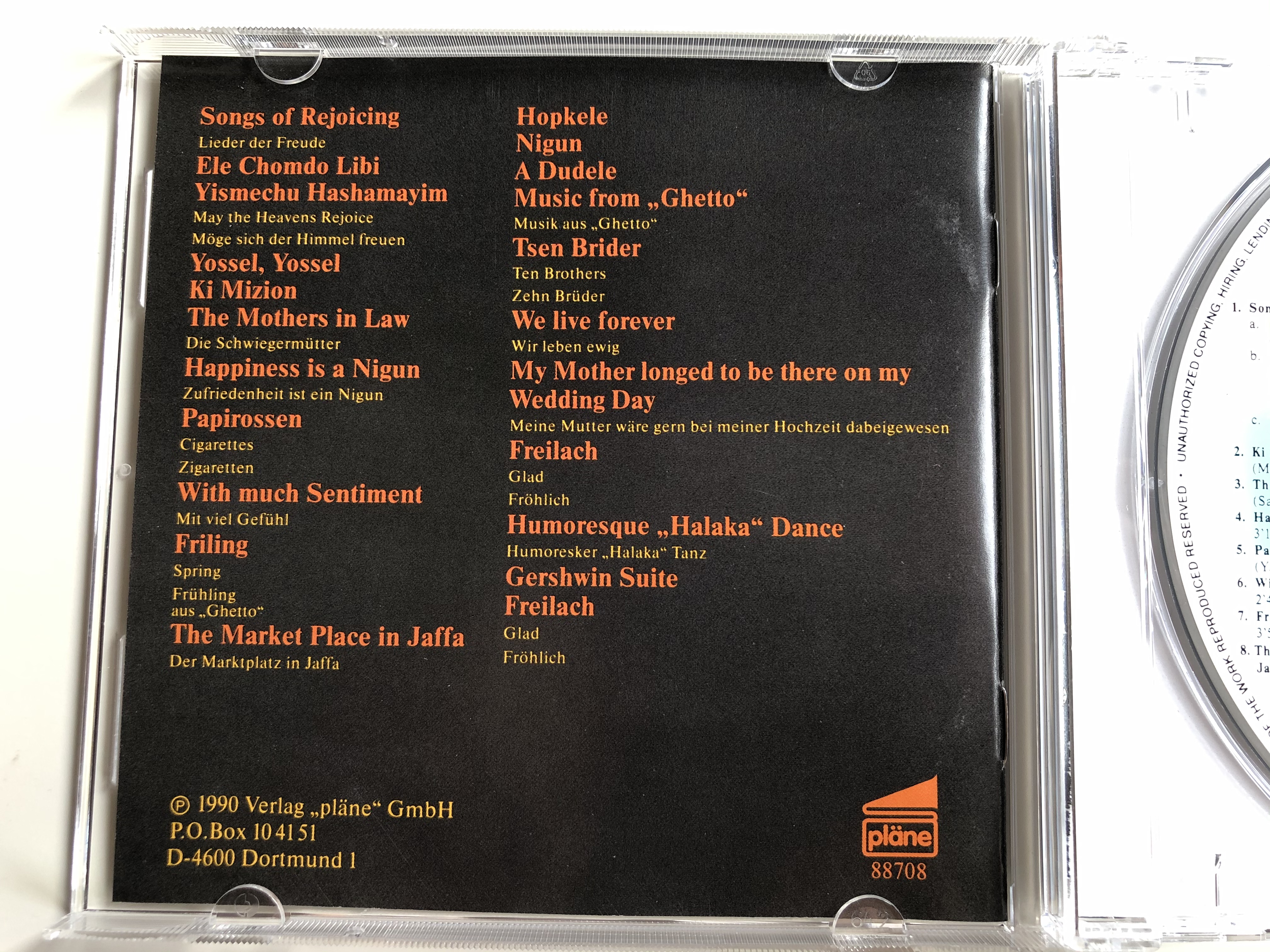 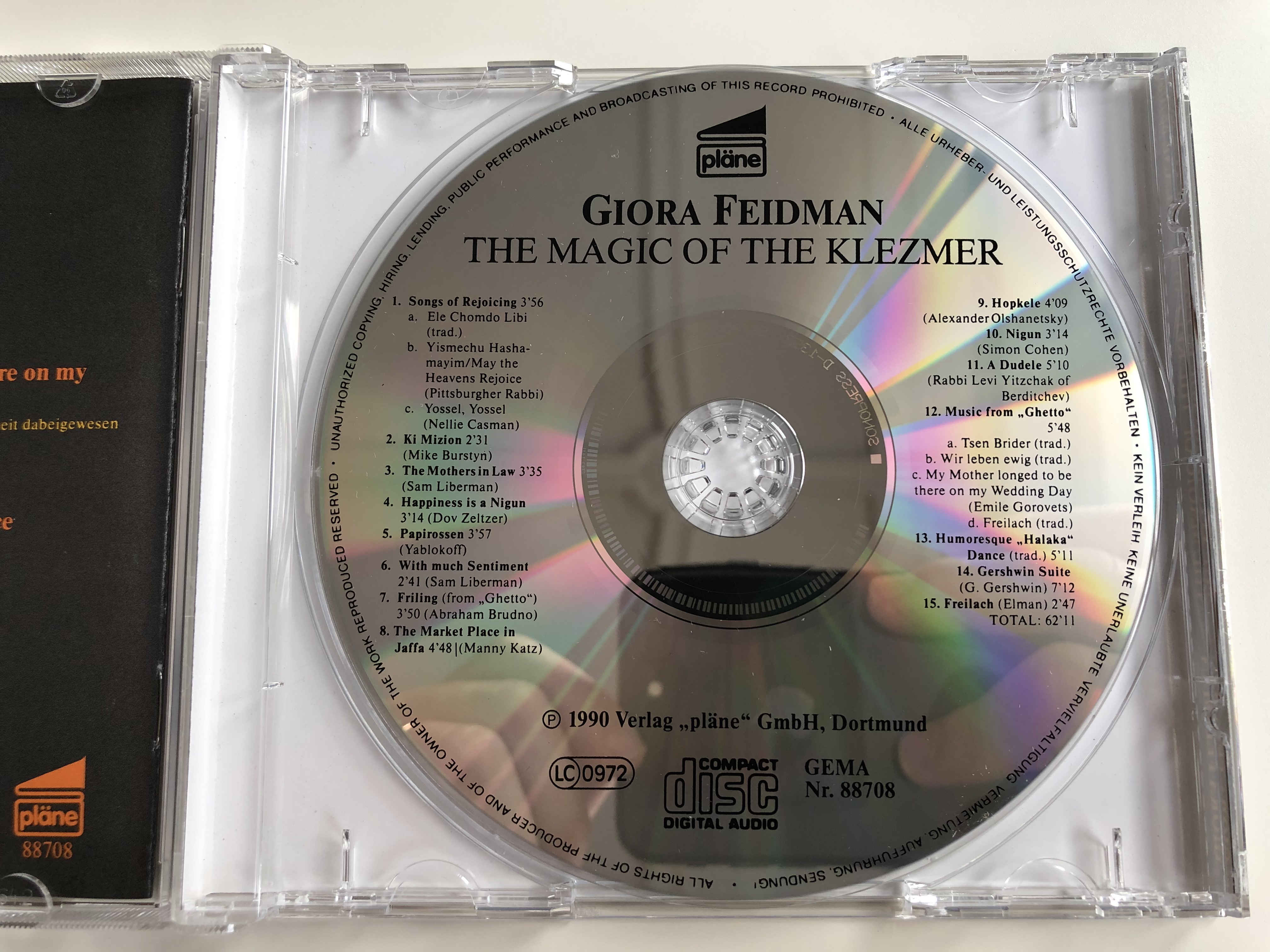 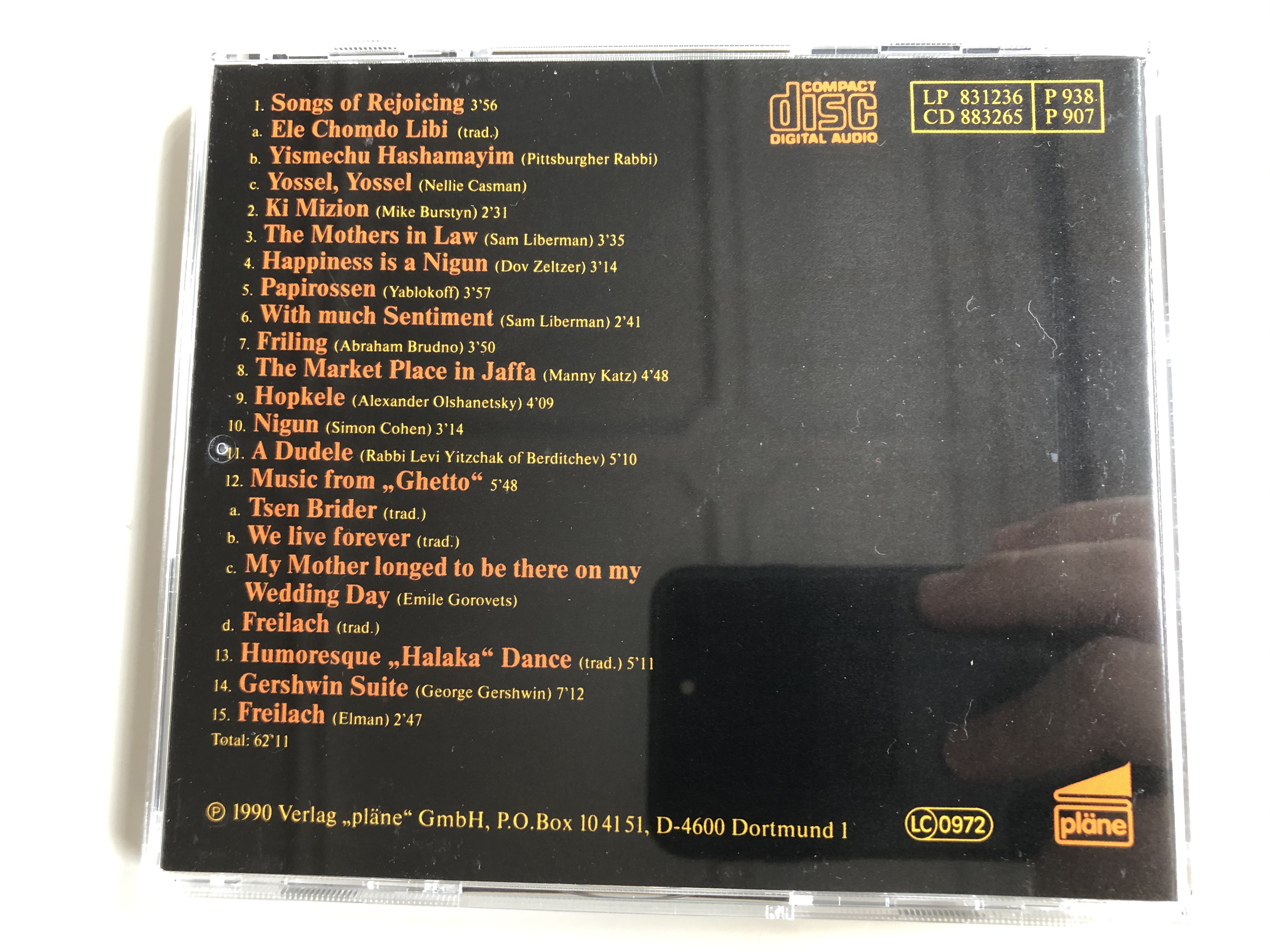