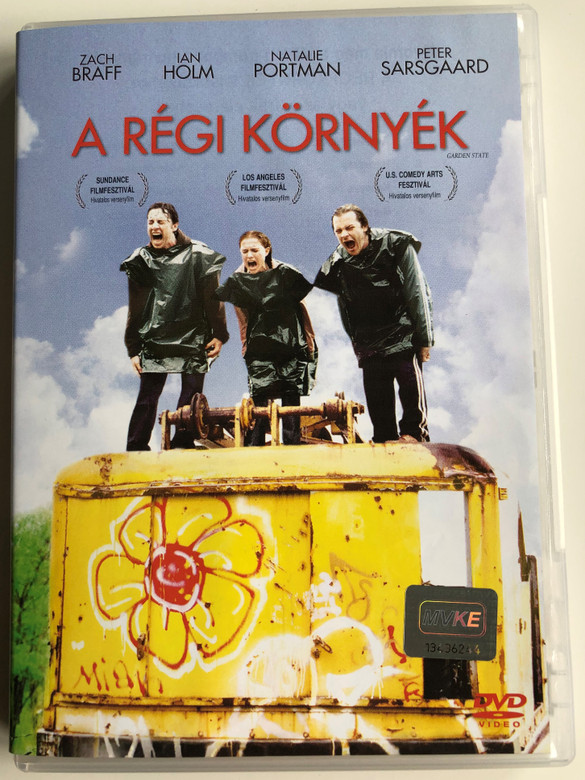 Garden State is a 2004 American romantic comedy-drama film, written and directed by Zach Braff and starring Braff, Natalie Portman, Peter Sarsgaard, and Ian Holm. The film centers on Andrew Largeman (Braff), a 26-year-old actor/waiter who returns to his hometown in New Jersey after his mother dies. Braff based the film on his real life experiences. It was filmed in April and May 2003 and released on July 28, 2004. New Jersey was the main setting and primary shooting location.[2] Garden State received positive reviews upon its release and has garnered a cult following.[3] It was an official selection of the Sundance Film Festival. The film also spawned a soundtrack for which Braff, who picked the music himself, won a Grammy Award for Best Compilation Soundtrack Album for a Motion Picture, Television or Other Visual Media.

Struggling actor Andrew Largeman wakes up from a dream—in which he apathetically sits on a crashing plane—to a telephone message from his father, telling Andrew that he needs to return home because his mother has died.

Andrew leaves Los Angeles and returns home to New Jersey to attend the funeral. He recognizes the grave-diggers as old friends Mark and Dave, who invite him to a party that night. At home, Andrew's father gets him a doctor's appointment for headaches that he's been having.

Later that night, Andrew goes to the party where he meets up with Mark, Dave, and Jesse, an old friend who has just earned a fortune after creating silent Velcro. After smoking marijuana and taking ecstasy at the party, he still remains detached.