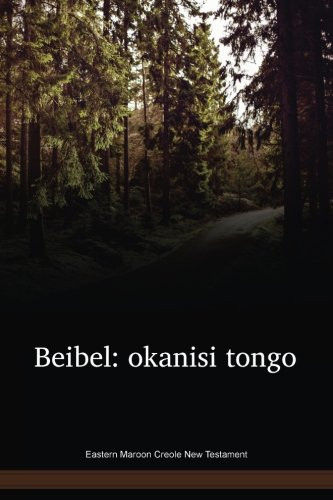 Maroons were Africans who had escaped from slavery in the Americas and mixed with the indigenous peoples of the Americas, and formed independent settlements. The term can also be applied to their descendants.

Ndyuka /ənˈdʒuːkə/, also called Aukan, Okanisi, Ndyuka tongo, Aukaans, Businenge Tongo (considered by some to be pejorative), Eastern Maroon Creole, or Nenge is a creole language of Suriname, spoken by the Ndyuka people. The speakers are one of six Maroon peoples (formerly called "Bush Negroes") in the Republic of Suriname and one of the Maroon peoples in French Guiana. Most of the 25 to 30 thousand speakers live in the interior of the country, which is a part of the country covered with tropical rainforests. Ethnologue lists two related languages under the name Ndyuka.

In the plantation colony of Suriname, which the Dutch received from the English after signing the Treaty of Breda, escaped Blacks revolted and started to build their own villages from the end of the 17th century. As most of the plantations existed in the eastern part of the country, near the Commewijne River and Marowijne River, the Marronage (i.e., running away) took place along the river borders and sometimes across the borders of French Guiana. By 1740 the Maroons had formed clans and felt strong enough to challenge the Dutch colonists, forcing them to sign peace treaties. On October 10, 1760, the Ndyuka signed such a treaty forged by Adyáko Benti Basiton of Boston, a former enslaved African from Jamaica who had learned to read and write and knew about the Jamaican treaty. The treaty is still important, as it defines the territorial rights of the Maroons in the gold-rich inlands of Suriname.