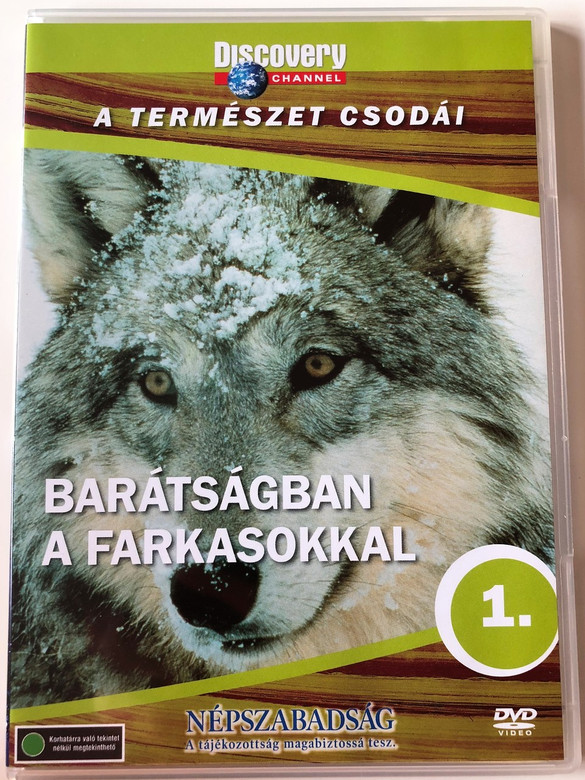 Barátságban a farkasokkal / Wolves at Our Door  (THIS IS THE ONLY DVD IN THIS COLLECTION THAT HAS HUNGARIAN ONLY AUDIO!!!  NO ENGLISH OPTIONS ON THIS DVD!)

Wolves at Our Door is a 1997 documentary film about the "Sawtooth Pack", a group of captive wolves in the Sawtooth Mountains in Idaho. The film was produced and directed by Jim Dutcher and first aired on The Discovery Channel. It is narrated by Richard Kiley. A two–hour sequel, Living with Wolves, was released in 2005.

Since 1990 Dutcher, and later by his wife Jamie Dutcher, observed a pack of captive wolves on a fenced–in 25–acre camp in Idaho. Initially the pups were raised in captivity before being allowed to roam free within the larger encampment.[1] The rearing by the couple provided them close access to the wolves, allowing them to close-up film and record the wolves. Using both visual and audio recordings, they were able to document the pack's hierarchy, communication ability and behavior.[2]

Initially starting with one pair of adults, Makuyi and Akai, the pack grew to include:[3][4][5] 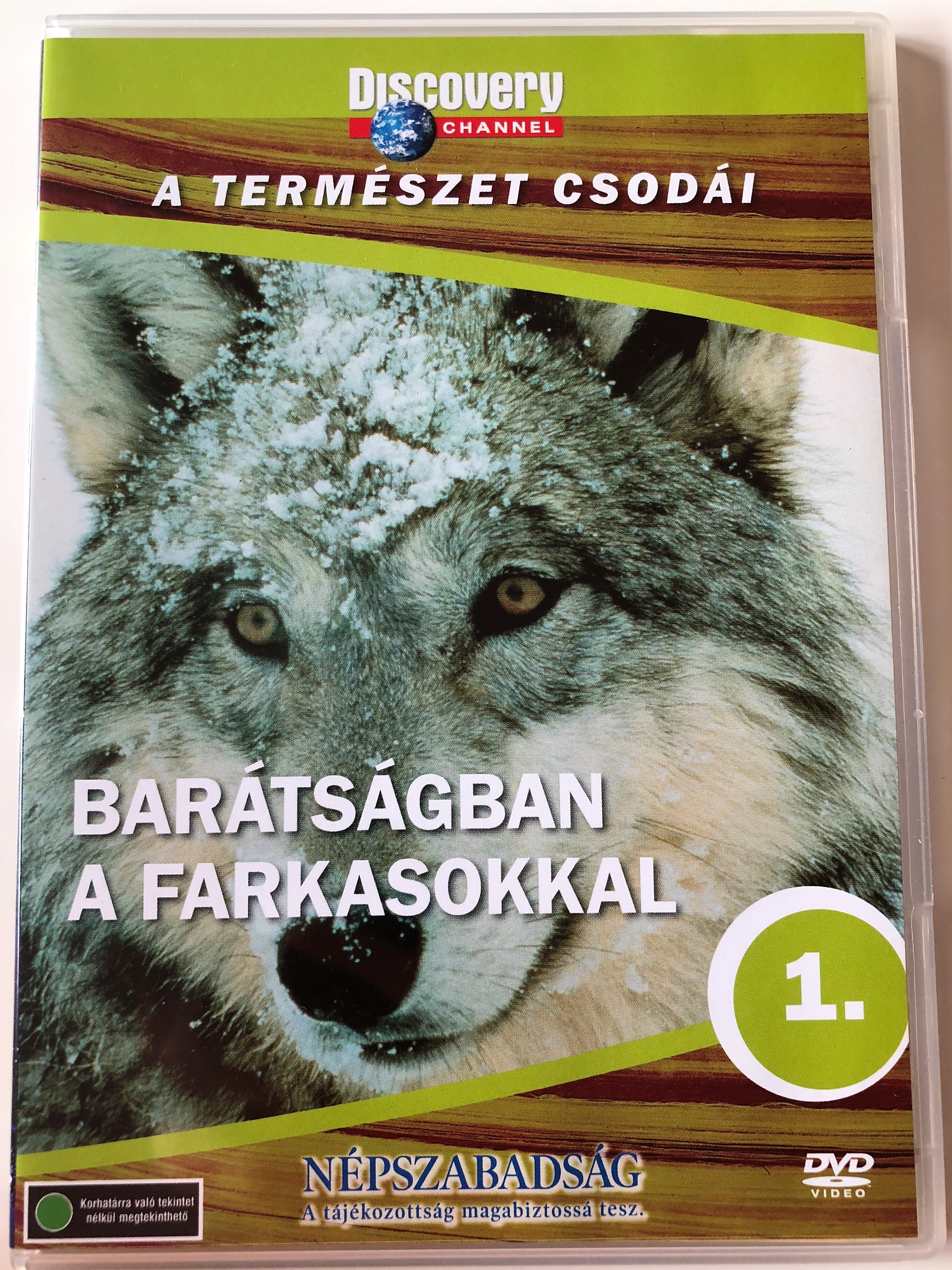 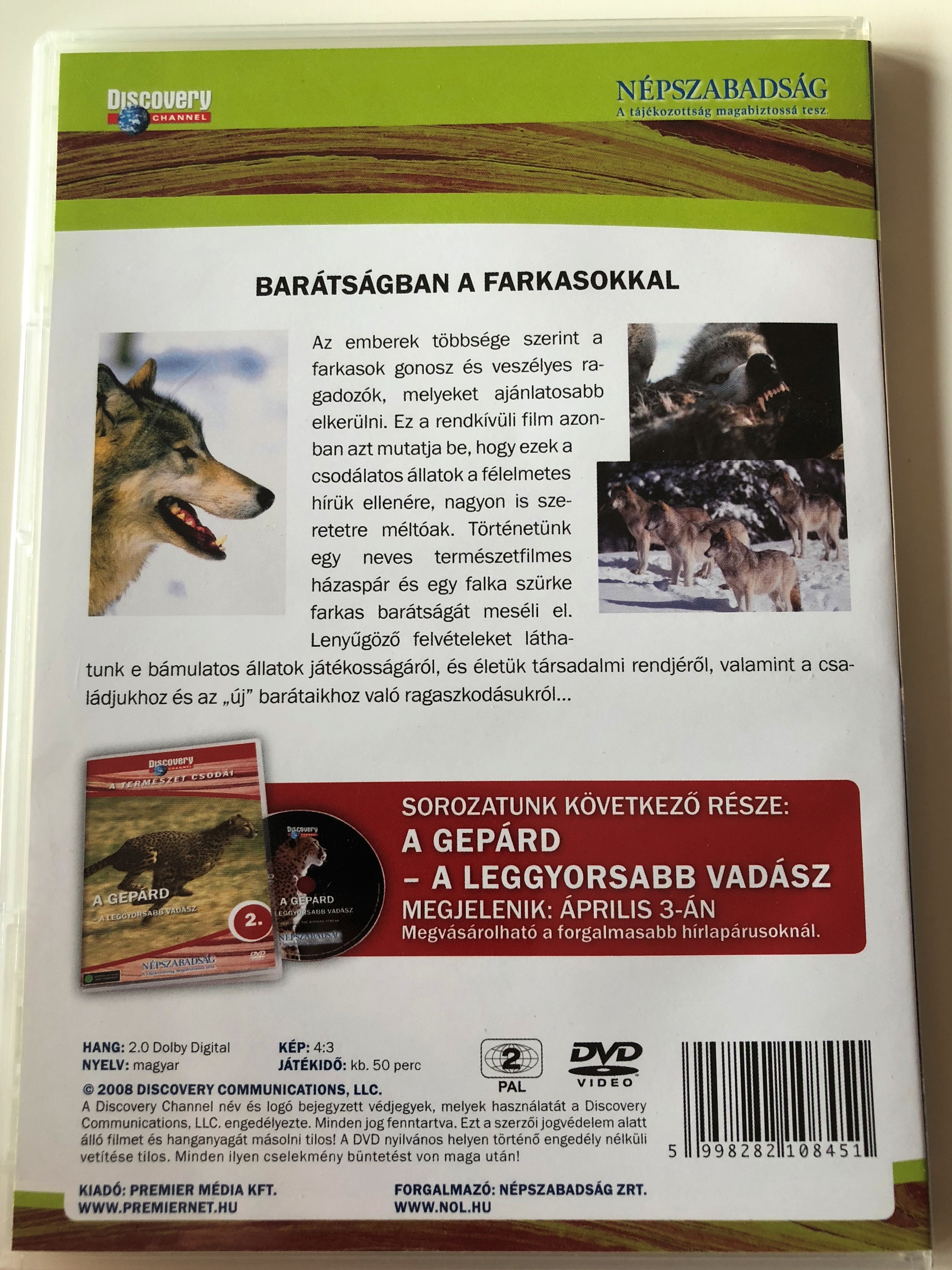