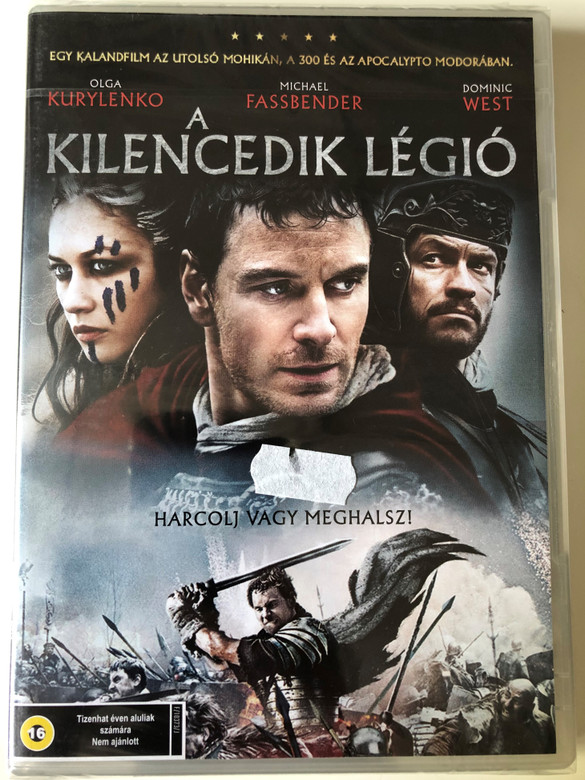 Centurion is a 2010 British historical action-war film directed by Neil Marshall, loosely based on the disappearance of the Roman Empire's Ninth Legion in Caledonia in the early second century AD. The film stars Michael Fassbender, Dominic West, and Olga Kurylenko.

The Roman Empire has been unable to fully conquer Britain, reaching a harsh stalemate in the North. The Picts engage in guerrilla warfare against the Romans along the Glenblocker forts and the Gask Ridge at the southern border of the Scottish Highlands. At the Roman outpost of Pinnata Castra, Pict warriors led by Vortix and Aeron kill the entire garrison, taking only the second-in-command, Centurion Quintus Dias, because he can speak the Pictish language. Brought before Pict king Gorlacon, who has united the northern tribes, Dias is brutally interrogated, but escapes on foot.

A messenger from the fort reaches Gnaeus Julius Agricola, Roman governor of Britannia, who hopes to obtain favour with the Roman Senate and transfer back to the comforts of Rome. He dispatches the Ninth Legion under General Titus Flavius Virilus to eradicate the Pict threat, providing him with a Celtic Brigantian scout, Etain. Marching north, the legion rescues Dias from his pursuers.