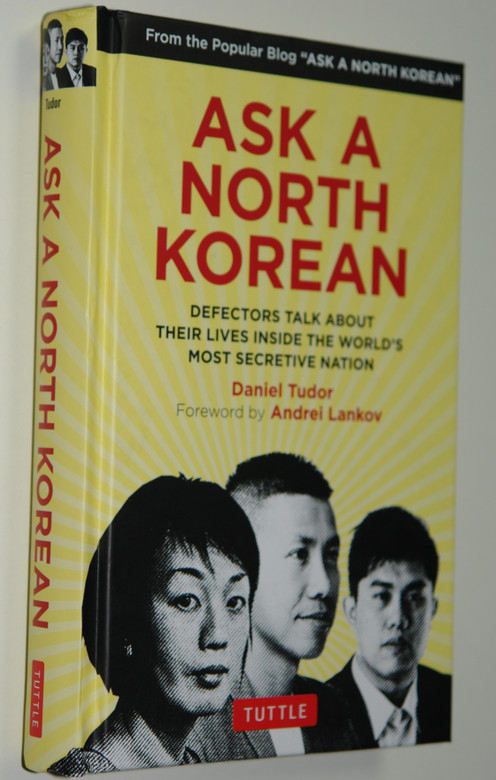 Ask A North Korean: Defectors Talk About Their Lives Inside the World's Most Secretive Nation

The weekly column Ask A North Korean, published by NK News, invites readers from around the world to pose questions to North Korean defectors . Adapted from the long-running column, these fascinating interviews provide authentic firsthand testimonies about life in North Korea and what is really happening inside the "Hermit Kingdom."

North Korean contributors to this book include:

Ask A North Korean sheds critical light on all aspects of North Korean politics and society and shows that, even in the world's most authoritarian regime, life goes on in ways that are very different from what outsiders may think. Begin to understand North Korea through the eyes of those who know it best—its defectors.

"The range of subjects covered in Ask a North Korean is fascinating, allowing the reader to understand citizens of this shielded country. Simultaneously, the essays are unnerving, given conflicted views of the press and freedom of speech around the world, not just in North Korea. It's a stark reminder of how valuable these rights are and how easy it is to take them for granted." — Shelf Awareness

"North Korea is such an unlikely country that it might be a parallel dimension, and would even be faintly comical if nuclear weapons were not in the mix. The recent thaw in relations has shed some light on the power structures, but little is known about how ordinary people lead their lives. Daniel Tudor's remarkable book is a start on changing that. It is based on a weekly column, Ask A North Korean, published by an American online newspaper based in Seoul. The column invites readers to put questions to North Korean defectors, and it is hugely popular in South Korea. The book is a series of in-depth interviews with four defectors, covering everything from politics to fashion." — The Australian

"With North Korea once more in the news, this book will enable readers to empathize with a people often forgotten as a result of the bellicosity of their government." —Publishers Weekly

"Among other things, we learn what children's books are popular ('Daddy Long Legs' and 'Cinderella'), what jobs are sought after (chauffeuring) and how political discussions among family members are conducted. We hear that North Koreans are capitalistic and that single men seek women with cell phones and motorbikes. These are the kind of details that make the book credible and interesting … Ask a North Korean is testimony that ordinary North Koreans have more in common with the rest of us than many would lead you to believe." — The Japan Times

"Ask A North Korean gives valuable insight into how former North Koreans see themselves, their changing country and its place in the world." —Andray Abrahamian, Chosun Exchange

"North Korea regularly dominates the headlines, but rarely do outsiders hear the perspective of its people. Ask a North Korean is a welcome remedy. Fascinating and insightful." —Bryan Harris, Financial Times correspondent in Seoul

"Given current headlines, historical and sociopolitical interest, and even schadenfreude-laden curiosity, this is a valuable book … these voices deserve attention, compassion, and respect." —Booklist

Daniel Tudor has lived in Seoul for many years and served as Korea Correspondent for The Economist from 2010 – 2013. His first book Korea: The Impossible Country received strong praise and has been translated into many languages. His subsequent book, North Korea Confidential (with James Pearson), was selected by The Economist as one of the best books of 2015.