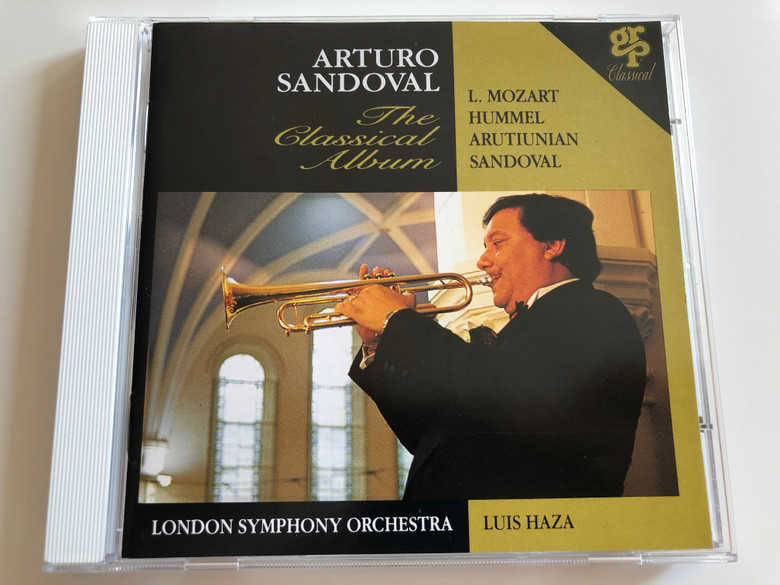 This disc proclaims the world-renowned Cuban jazz trumpeter Arturo Sandoval's ''return to his classical roots'', though exactly what those roots are is not clear. He plays the two real 'classical' works, the Leopold Mozart and Hummel concertos, with a tone and agility which show his consummate strength and a brilliant technique (not just facility) as well as a sweet, if variable, tone-quality. I can well believe on those grounds alone that Sandoval has endured a rigorous and formal training in the essentials of 'straight' playing. Yet what is also evident is that since he strayed from his 'roots' he has seldom familiarized himself with eighteenth-century music and the type of stylistic refinements and nuances second nature to a true classical trumpet player. His attempt to negotiate the soaring and velvety line in Mozart's first movement contains neither the constancy of intonation nor the finesse in phrasing and articulation to allow one to forget that this is not his territory. The Hummel projects a warm, open and sunny disposition but he sounds at his happiest when he bursts from his shackles in his own cadenza and reveals what he usually does for a living. Comparing these performances with Wynton Marsalis's debut classical album (nearly ten years ago now), one realizes that Marsalis really has a unique ear for classical style amongst the jazz fraternity.
There are no such misgivings in Sandoval's epic exotic and unashamedly emotive account of Arutiunian's exciting (if cliche-ridden) Trumpet Concerto: here we can revel in his vast sound, thrilling and yet restrained (less of the expected Latin-style vibrato predominates here, though it does return to haunt us in the cadenza) in the soupy middle section, and always brilliantly supported by the London Symphony Orchestra in the sort of score they size up immediately. Timofey Dokschitzer's legendary Melodiya performance (nla) is far more intensely argued and spine-tingling in the slow movement, whilst Bernard Soustrot's account is the more polished and poised, as you would expect, but neither can rival Sandoval for sheer size of personality and richness of sound. Sandoval's own concerto is a studio-influenced West Coast-style film score complete with sweeping and weepy melodies wrapped up in busy rhythmic exchanges, memorable more for the trumpeter's super-acrobatics than any compositional interest. Make sure you are firmly strapped in for this piece, preferably in a chair fixed to the floor.' 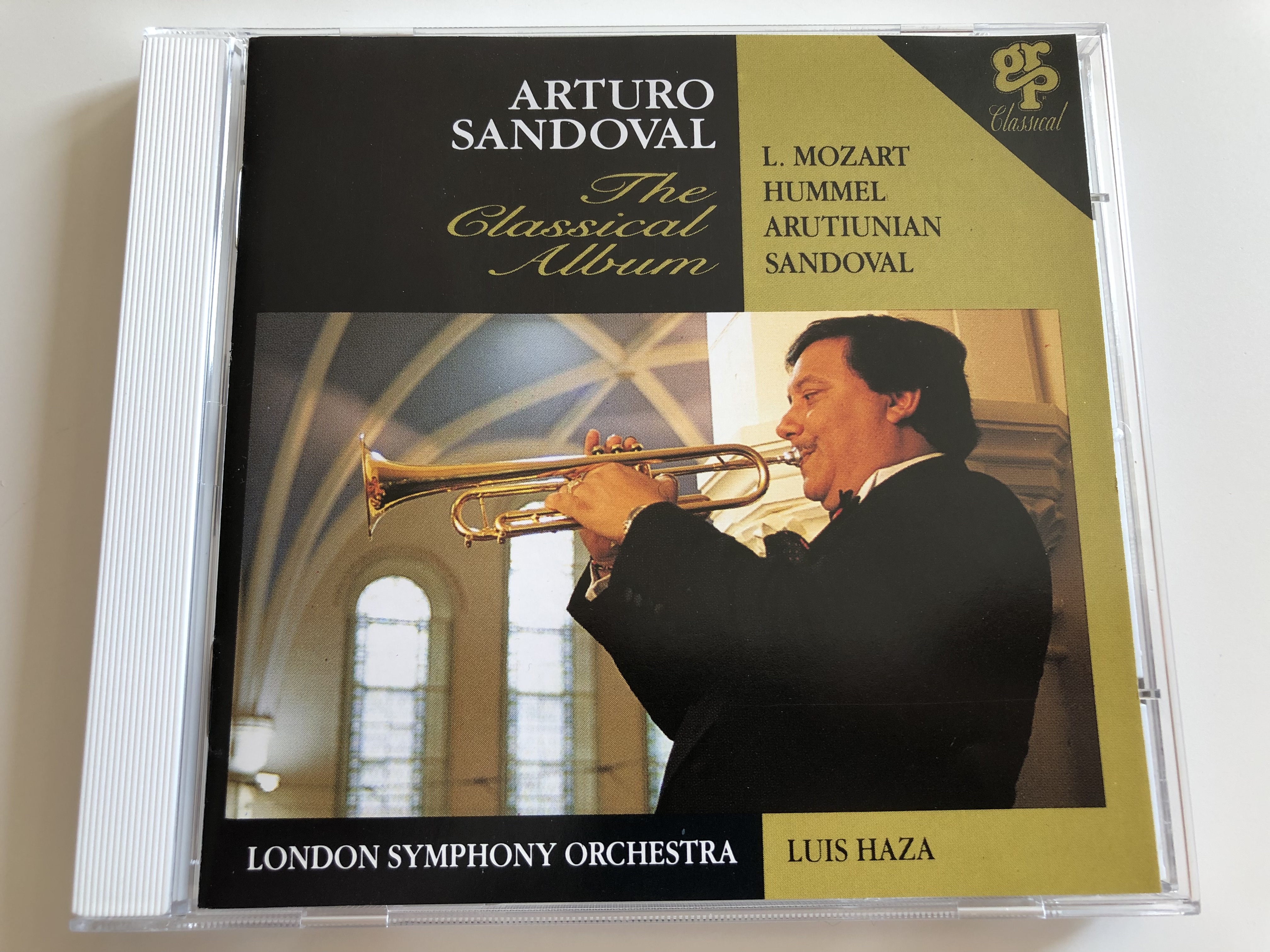 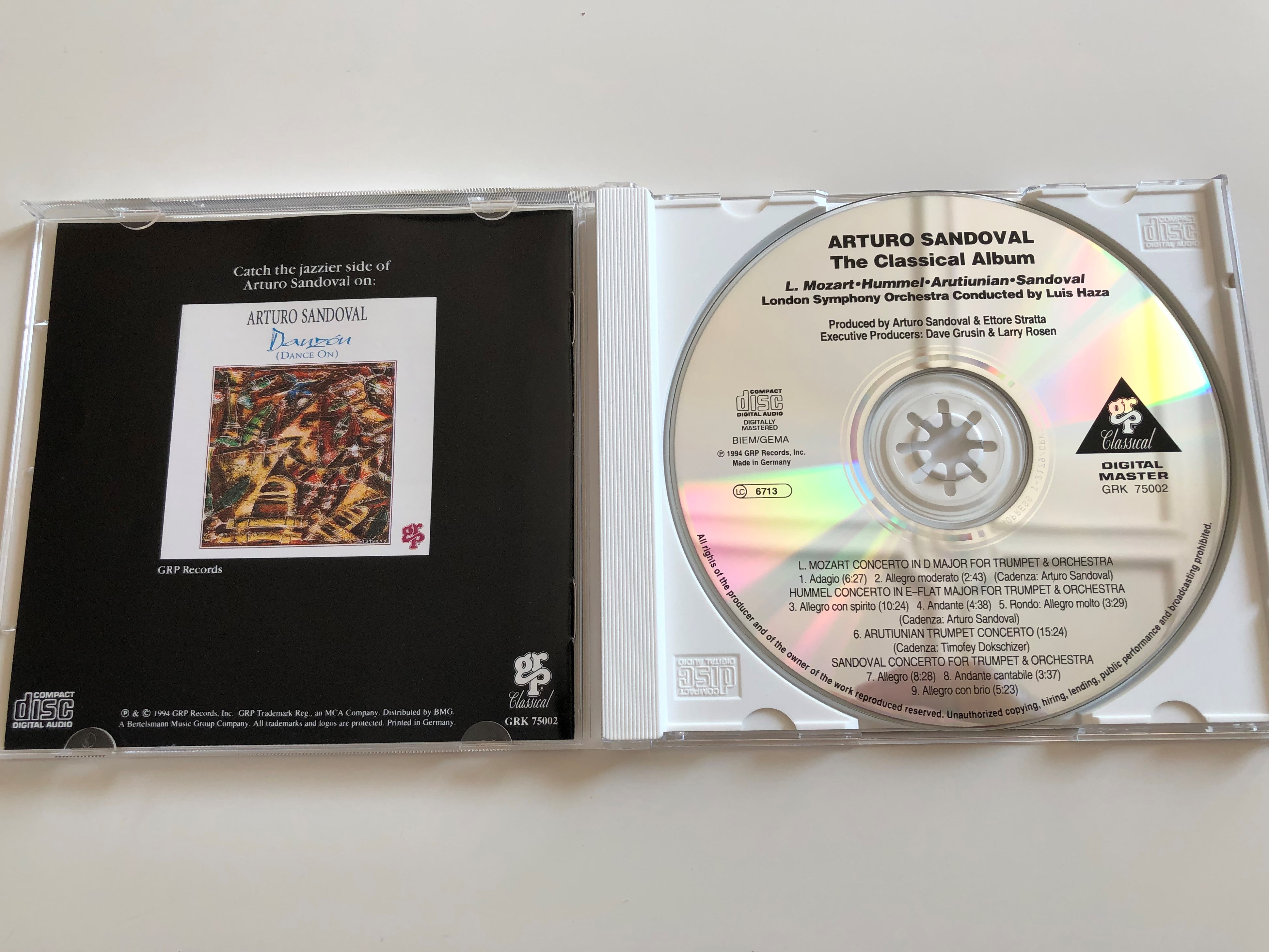 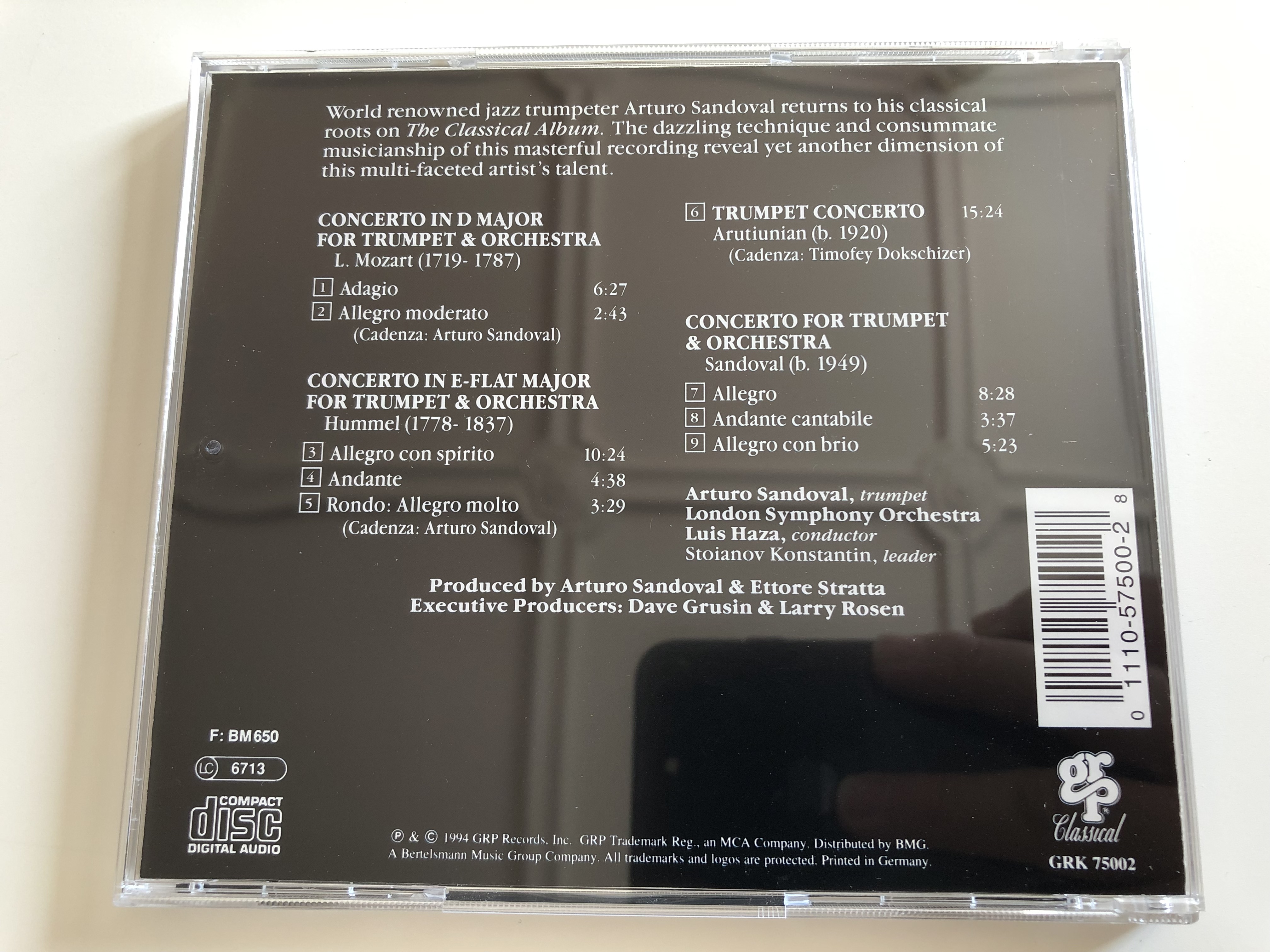