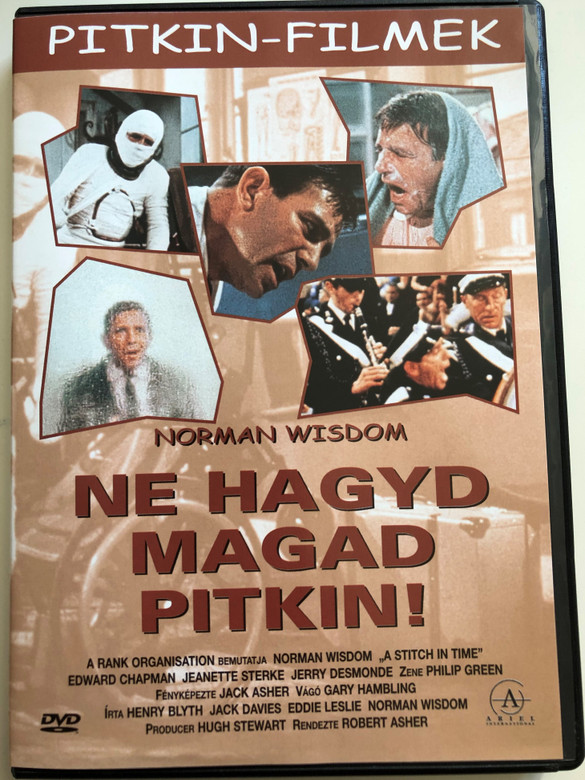 Norman Pitkin is the apprentice to Mr Grimsdale an old fashioned butcher. When the store is raided by a young thug (Johnny Briggs), Mr Grimsdale (at Norman's suggestion) puts his gold watch in his mouth for safe keeping. The result of which leads to Mr Grimsdale accidentally swallowing the watch and sent to hospital. Whilst visiting Mr Grimsdale, Norman (in his usual way) accidentally causes chaos around the hospital and meets a girl called Lindy who hasn't spoken since her parents were killed in an aeroplane accident. After Norman is unable to visit Lindy as he is banned from hospital he and Mr. Grimsdale join the St. John Ambulance Brigade which gives him the excuse to visit her, as the usual chaos ensues. In the end Lindy visits him at a charity ball where the St. John Ambulance Brigade Band are performing. The ball descends into the inevitable shambles, caused entirely by Norman. However, Norman redeems himself (and the reputation of the Brigade) as he addresses those attending the ball and everyone donates money for the charity.