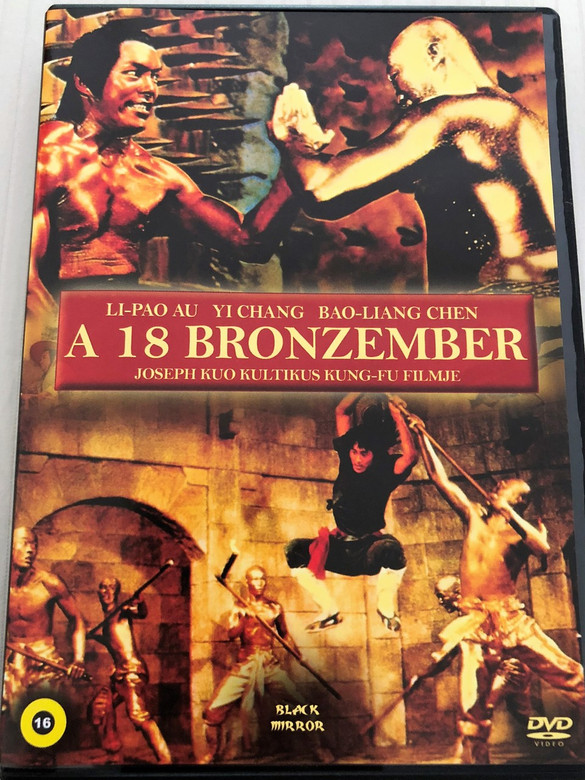 Playtime 97 minutes!!!  THIS IS THE FULL UNCUT VERSION!

18 Bronzemen is a 1976 Hong Kong kung fu film directed by Joseph Kuo. It is one of the Shaolin themed films, concerning their battles against the Qing Dynasty.

A sequel, called Return of the 18 Bronzemen, followed and was released in the same year.

The much-reviled Qing government decide to eradicate any opposition to their rulership by attacking pro-Ming families in the kingdom. One such attack sees an influential official killed, though his wife and son manage to escape thanks to the intervention of a close ally. While on the run, the son, Shaolung, is aided by his father's close friend (Jack Long) who teaches the young boy the basics of kung-fu. As time passes, the renegades must once again move on and evade capture by the Qing army. However, it is decided that the safest place for Shaolung to hide would be in the Ming-friendly Shaolin Temple where he could also further his knowledge of kung-fu. Once there, the boy finds the severe, disciplined lifestyle hard to cope with and, despite his best efforts, he lags behind his fellow pupils. Over time he does make a couple of close friends and it is their encouragement that drives him to reach his goals. Now a young man, Shaolung (Tien Peng) gradually develops into a formidable fighter and concentrates his sights on leaving Shaolin to avenge his father's death. However, to 'graduate' from Shaolin means to defeat the Shaolin bronzemen and a series of similarly fiendish tests. The first attempt to conquer these trials is unsuccessful, but Shaolung is spurred on by his straight-talking friend (Wong) and finally leaves through Shaolin's hallowed gates after a final tremendous effort. Once through the dreaded chambers, the Shaolin disciples will have the Shaolin crest of the dragon and tiger burnt into their forearms by lifting a huge bronze pot. Outside, our heroes meet up with more patriots. Shao Lung meets his uncle who tells him the true story of his past and gives him half of a royal seal, the other half belonging to his (unknown) future wife. Once on his journey again his constantly stalked by a young "man" (actually a woman in disguise), Miss Lu. After defending him from an assassination attempt, Miss Lu constantly claims how Shao Lung owes her his life, though he is still under the impression she is still a man (a typical recurring plot device in some martial arts films though it is obvious it is a woman). After another failed attempt at Shao Lung, he manages to come across Miss Lu’s half of the royal seal thus revealing she is a woman and also his wife-to-be. Shao Lung and Miss Lu meet up with Brother Wan, and in turn they meet with Brother Ta-Chi who managed to beat the Bronzemen and leave Shaolin. Ta-Chi is a mole who was placed in Shaolin by the Qings to learn kung fu and eventually kill Shao Lung. Shao Lung and Brother Wan manage to kill their former brother in self-defense,and with Miss Lu, move on to kill the Manchu general. 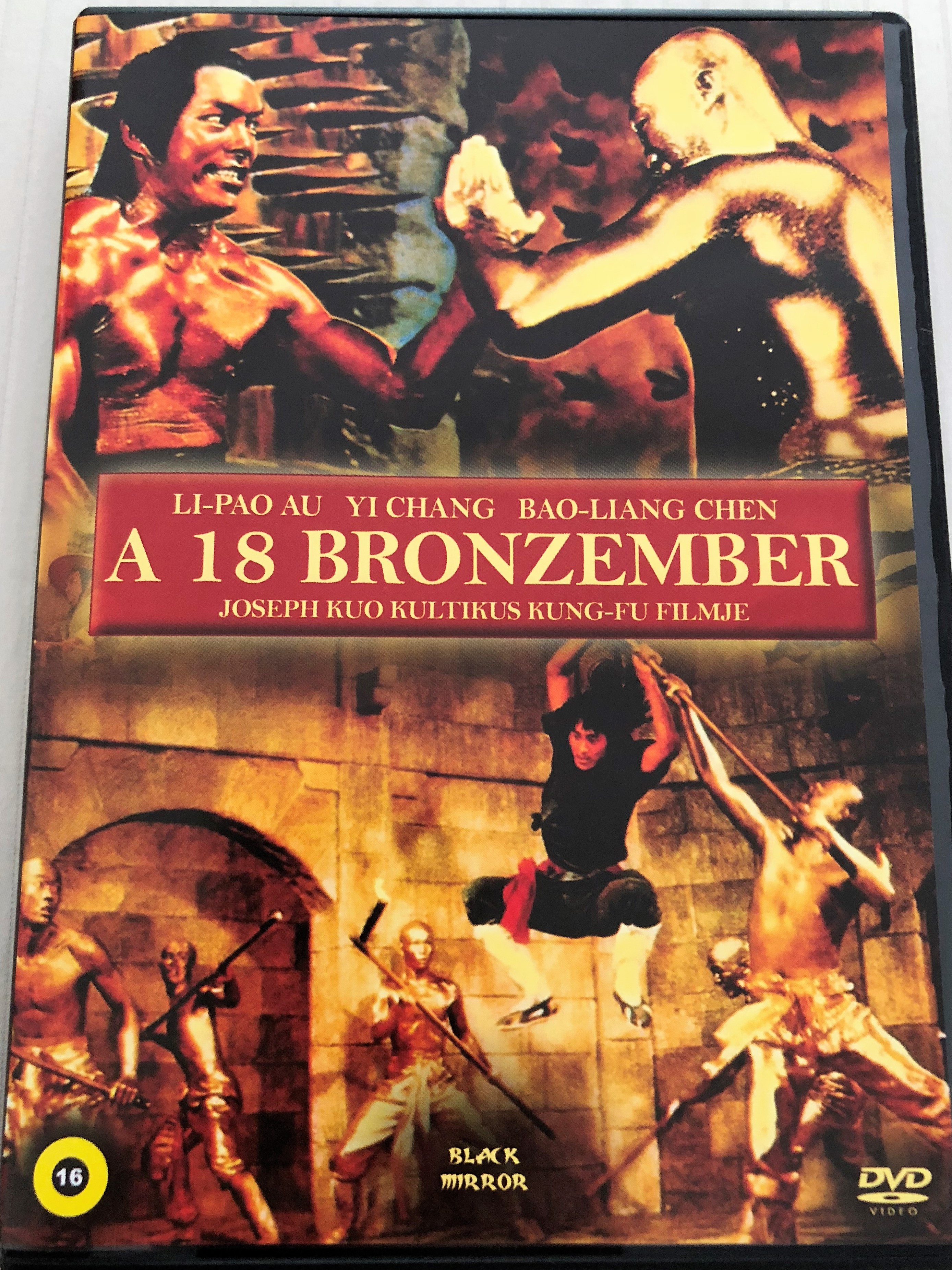 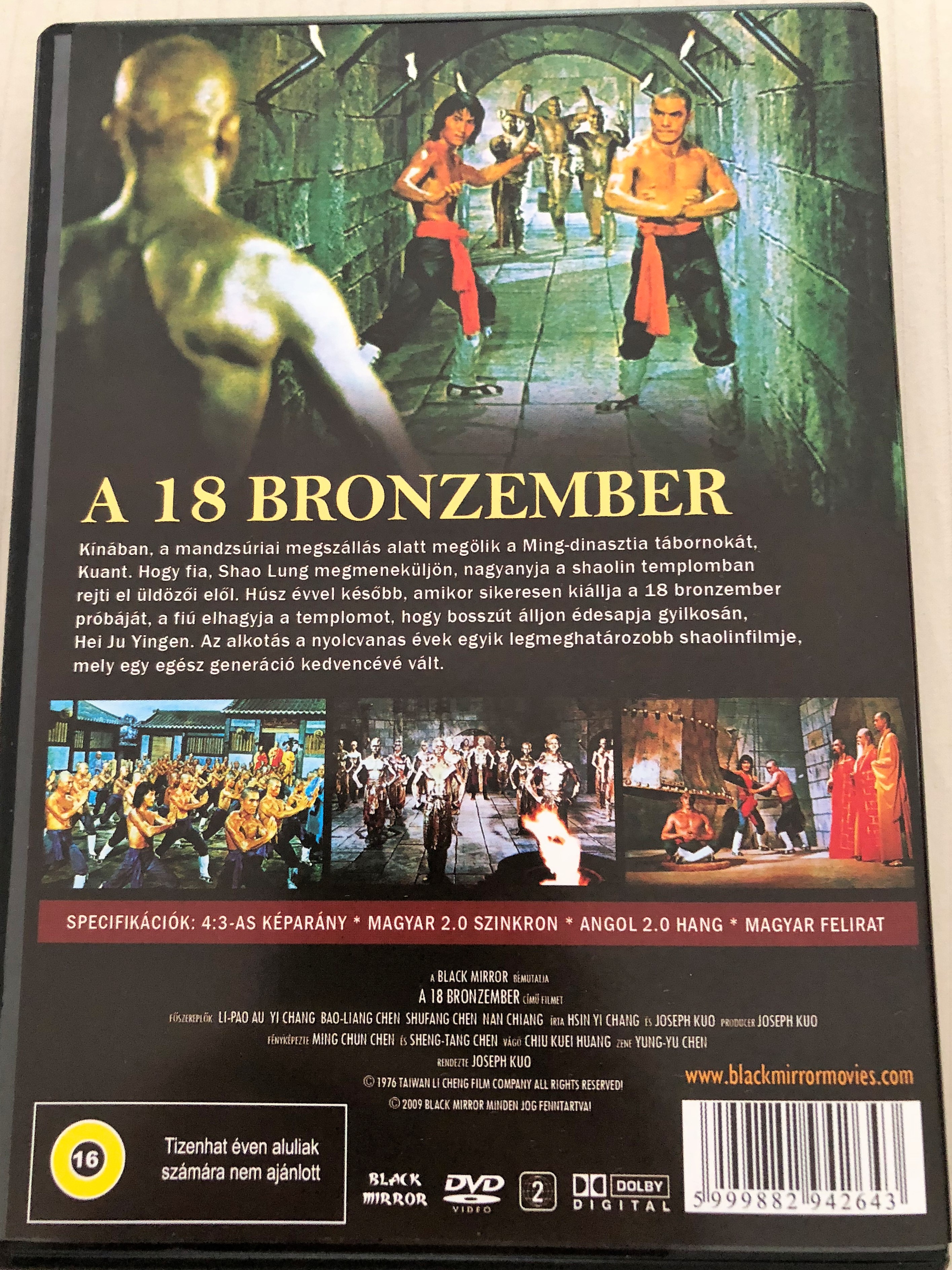