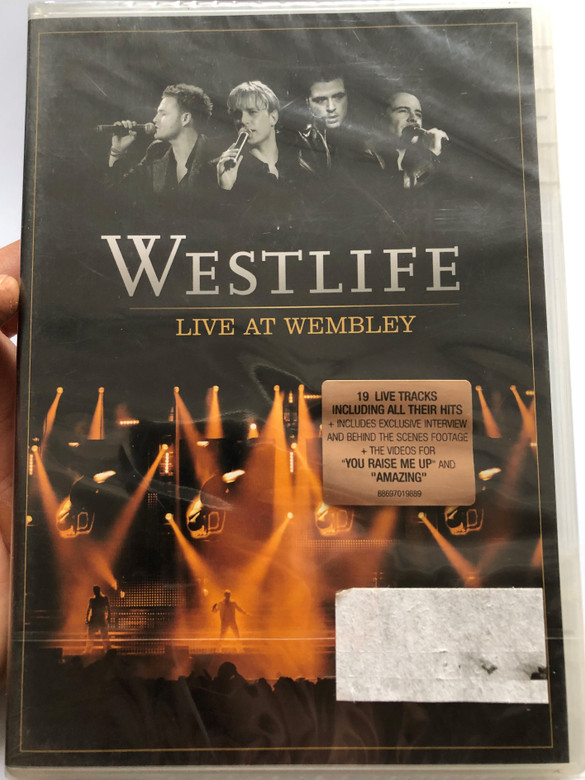 Westlife Live At Wembley DVD 2006 / Directed by Nick Wickham / Uptown Girl, The Dance, Queen of my Heart, You raise me up / Sony BMG

Westlife Live At Wembley DVD 2006 / Directed by Nick Wickham / Uptown Girl, The Dance, Queen of my Heart, You raise me up / Sony BMG

Westlife are an Irish boy band, which was formed 1998 in Sligo, Ireland. They disbanded in 2012 and reunited in 2018. They were originally signed by Simon Cowell in the UK, Clive Davis in the US and managed by Louis Walsh and Sonny Takhar. The group currently consists of Shane Filan, Mark Feehily, Kian Egan, and Nicky Byrne. Brian McFadden left in 2004 to pursue a solo career.

They have a total of thirteen major album releases, eleven of which are studio albums. Five albums are as a five-piece and eight are as a four-piece. The group rose to fame with their debut international self-titled studio album, Westlife (1999). It was followed by Coast to Coast (2000), World of Our Own (2001), Unbreakable – The Greatest Hits Vol. 1 (2002), and Turnaround (2003), which continued the group's success worldwide. Before the start of their Turnaround Tour in 2004, one of the original members, Brian McFadden, departed from the band. The four remaining members continued as a group to release their cover albums Allow Us to Be Frank (2004) and The Love Album (2006) and the studio albums Face to Face (2005) and Back Home (2007). After a hiatus of studio recording for almost one year in 2008, they regrouped and released the studio albums Where We Are (2009), and Gravity (2010), and the compilation album Greatest Hits (2011). After eight years, the quartet group released their eleventh studio album, Spectrum, in 2019.

DVD Extras:
An intimate insight into Westlife as we go behind the scenes of the photo shoot for their new album.
Jukebox - Create your own set list from the concert 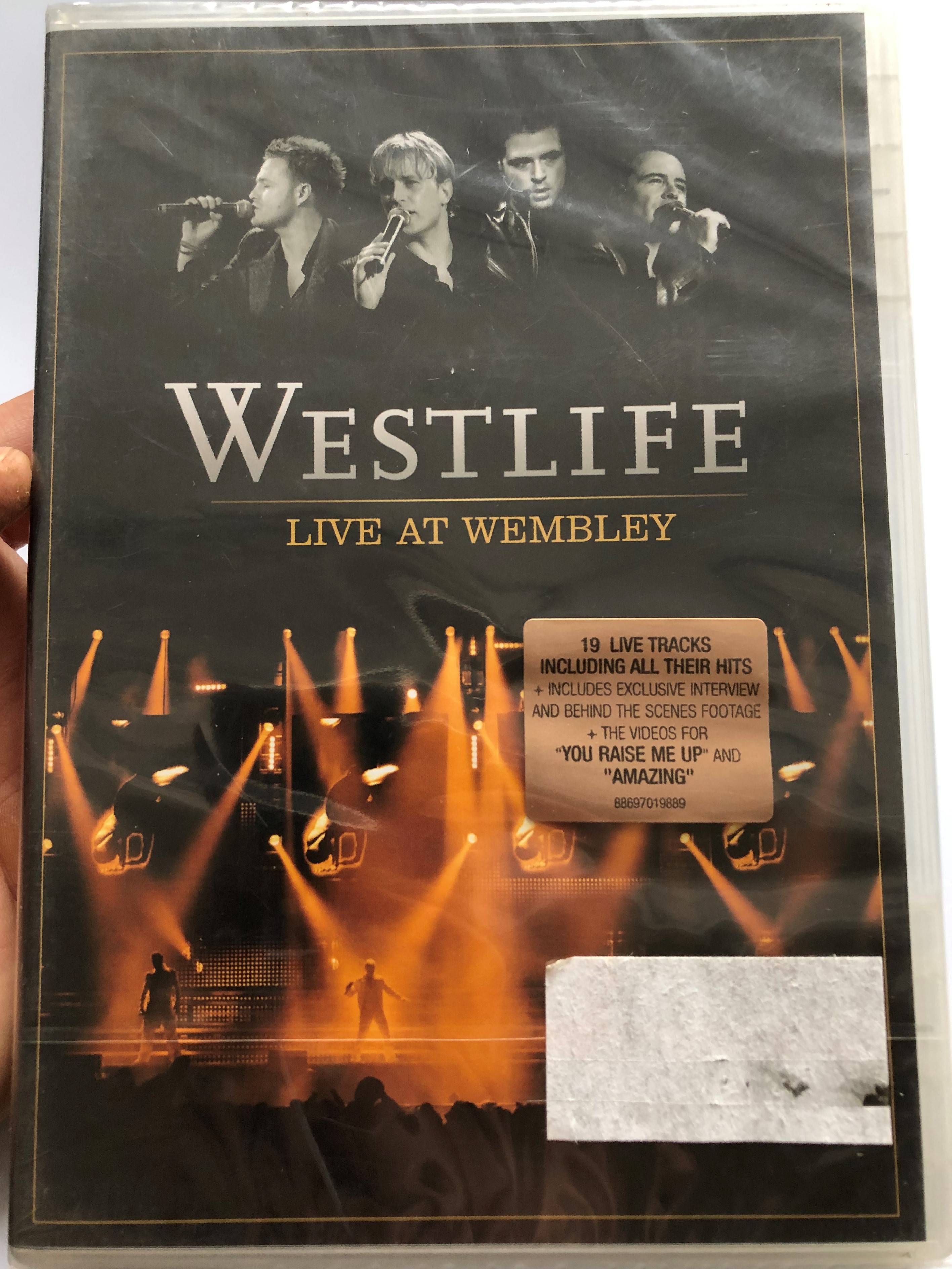 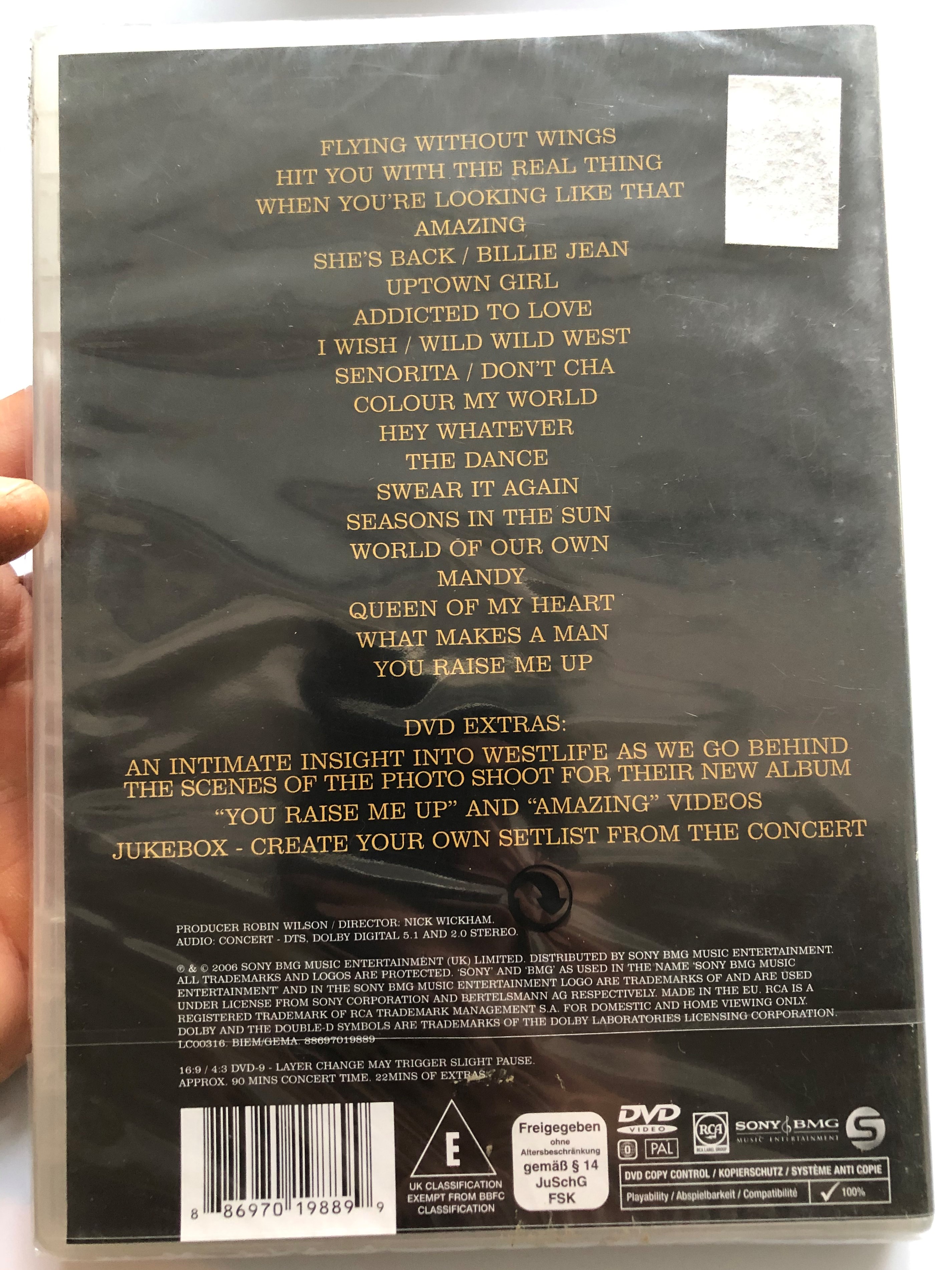