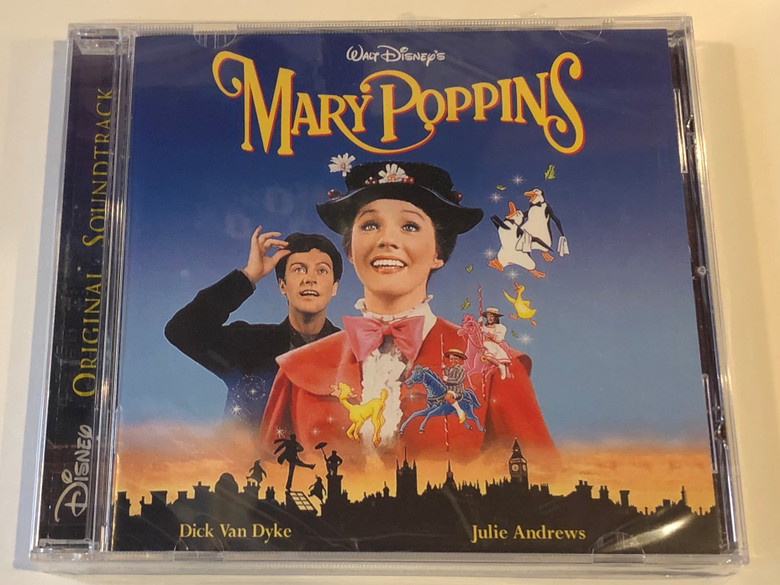 This music needs no more praise. Here is my personal experience.
Recently the story of the making of Mary Poppins came to the movie theater. I had not seen Mary Poppins for years, but the music was still instantly recognizable from the opening notes. As the story continued, I saw the music melt the heart of the main character. And what can I say? I melted along with her. I had my own love of these songs rekindled, and felt the old familiar chills in the big swoop of strings in Feed the Birds, the same joy in Let's Go Fly A Kite.
After that movie, I came home and watched Mary Poppins again. The animated sequence is a little slow for me now, but the soundtrack is a hit parade. The movie also has an uncomfortable heart where a man has to confront the wrongness of the rightness of his life. It's not all fluff and whimsy.
This soundtrack album manages to convey the arc of the story through these timeless performances.
If you don't like irrepressible earworms, heartwarming musicals, or Mary Poppins, it may not be for you.

About the Original Soundtrack:

Mary Poppins: Original Cast Soundtrack is the soundtrack album of the 1964 film Mary Poppins, with music and lyrics written by songwriters Richard M. Sherman and Robert B. Sherman, and adapted and conducted by Irwin Kostal.

The original 1964 album release features seventeen tracks, consisting of sixteen songs and one overture track of film score. The soundtrack album was released by Buena Vista Records the same year as the film on LP and reel-to-reel tape. Due to time constraints, some songs were edited (such as "Step in Time", "Jolly Holiday", and "A Spoonful of Sugar"), while songs also featured introductory passages ("Supercalifragilisticexpialidocious") or completed endings ("Sister Suffragette", "Fidelity Fiduciary Bank", "A Man Has Dreams"). The film's music received critical acclaim, winning two Academy Awards for Best Original Score and Best Original Song (for "Chim Chim Cher-ee") and two Grammy Awards for Best Original Score Written for a Motion Picture and Best Recording for Children.

Walt Disney Records reissued the soundtrack in 1997, including a 16-minute track of unreleased songs and demo versions. In 2004, as part of the film's 40th anniversary (also called Special Edition), a 28-track disc (as part of a two-disc set) was released. In 2014 (the 50th anniversary of the film's release), the soundtrack was released in a 3-CD edition as part of the Walt Disney Records The Legacy Collection series; this edition includes the complete soundtrack in its entirety, as well as demos of many "lost" tracks. 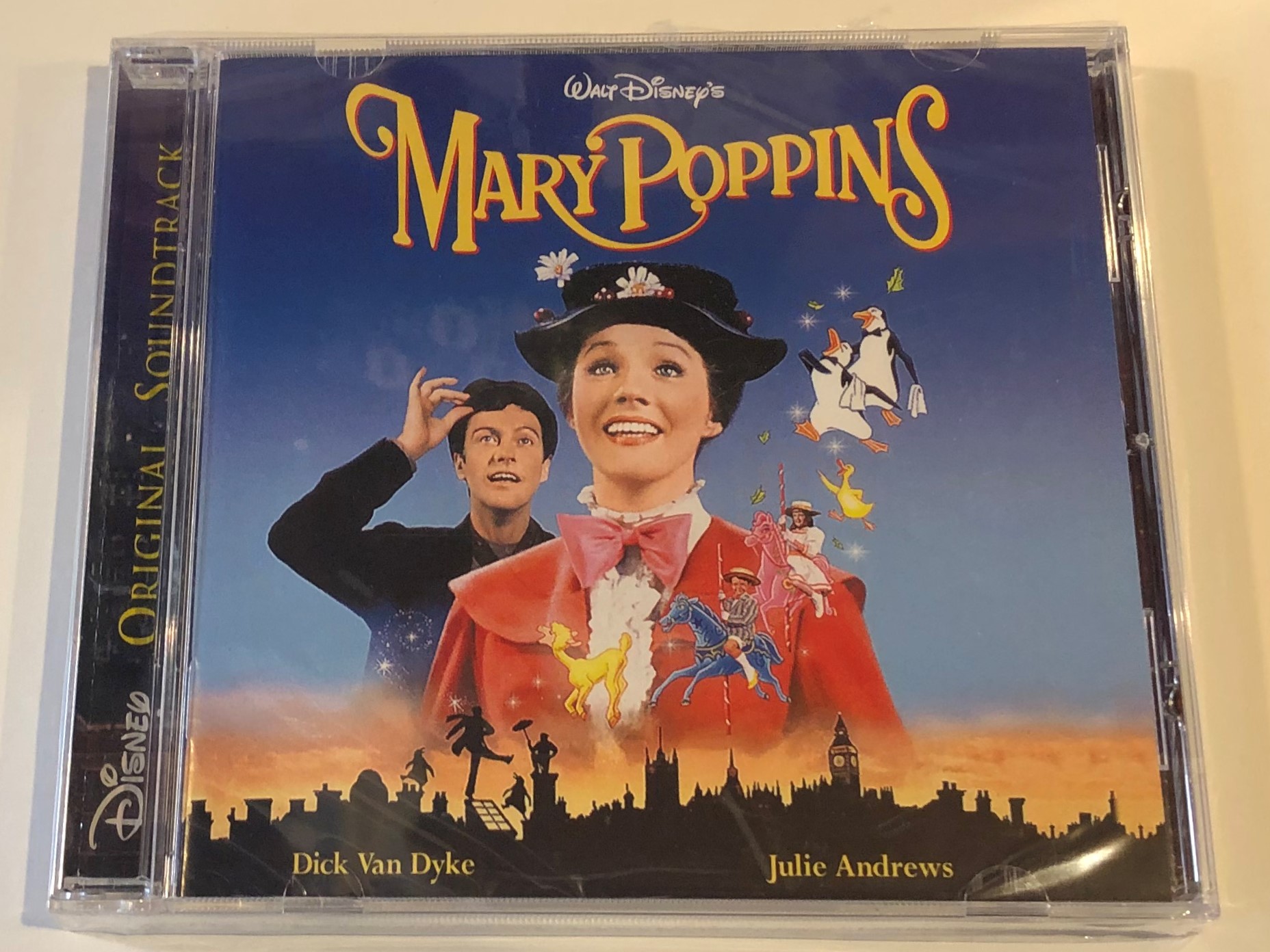 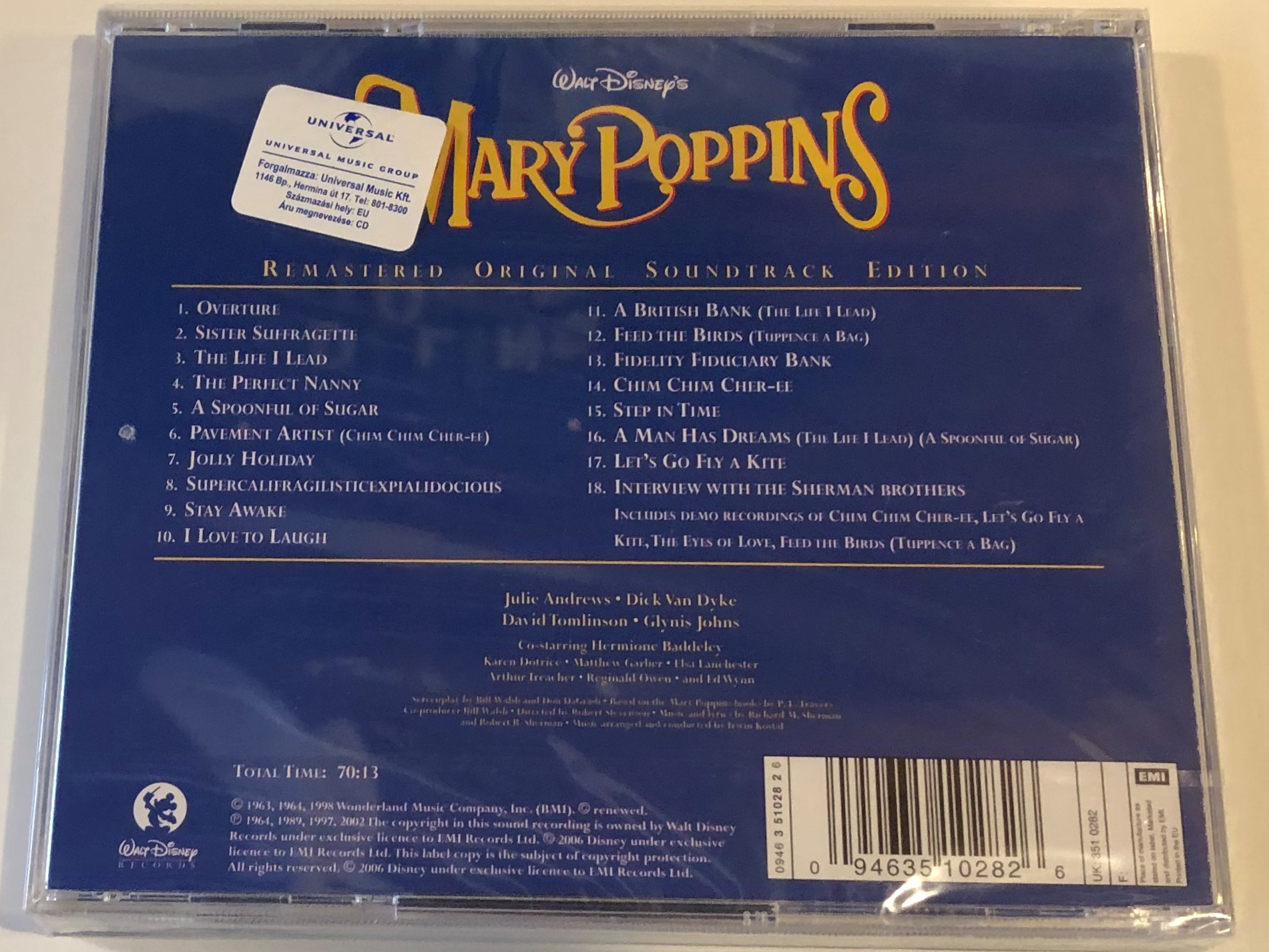