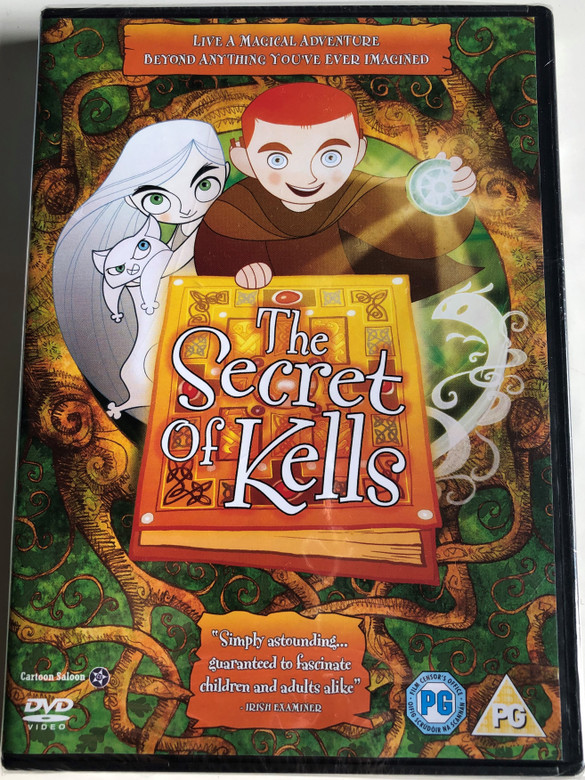 The Secret of Kells is a 2009 French-Belgian-Irish animated fantasy film about the making of the Book of Kells, an illuminated manuscript from the 9th Century. The film was animated by Cartoon Saloon and premiered on 8 February 2009 at the 59th Berlin International Film Festival. It went into wide release in Belgium and France on 11 February, and Ireland on 3 March. It was nominated for the Academy Award for Best Animated Feature but lost to Pixar’s Up.

Set in 9th century Ireland, during the age of Viking expansion, the film's protagonist is Brendan, a curious and brave boy living in the tightly knit Abbey of Kells under the care of his stern uncle, Abbot Cellach, who is obsessed with building a wall around the Abbey to prevent Viking attacks.

Apprenticed in the scriptorium of the monastery, Brendan hears the other monks talk of Brother Aidan, creator of the Book of Iona, and becomes curious about the mysterious illuminator and the book that "turns darkness into light" (the unfinished Book of Kells). Aidan arrives in Kells, accompanied by his white cat, Pangur Bán,[8] after his monastery of Iona is destroyed by a raid. After eavesdropping on a discussion between Cellach and Aidan, Brendan wanders into the scriptorium and finds the still-to-be-completed book guarded by Pangur Bán. Aidan arrives, and tells Brendan about the book.

Seeing Brendan as a suitable apprentice, Aidan sends him and Pangur Bán into the woods to obtain gall nuts to make ink. Cornered by a hungry pack of wolves, Brendan is saved by the fairy Aisling, who overcomes her initial suspicion and accepts Brendan after he reveals his intentions of helping to create the book.

After a close encounter with Crom Cruach, a deity of death and destruction of whom Aisling is deeply afraid, Brendan and Aisling return to the outskirts of the forest, and she assures him that he can return any time. 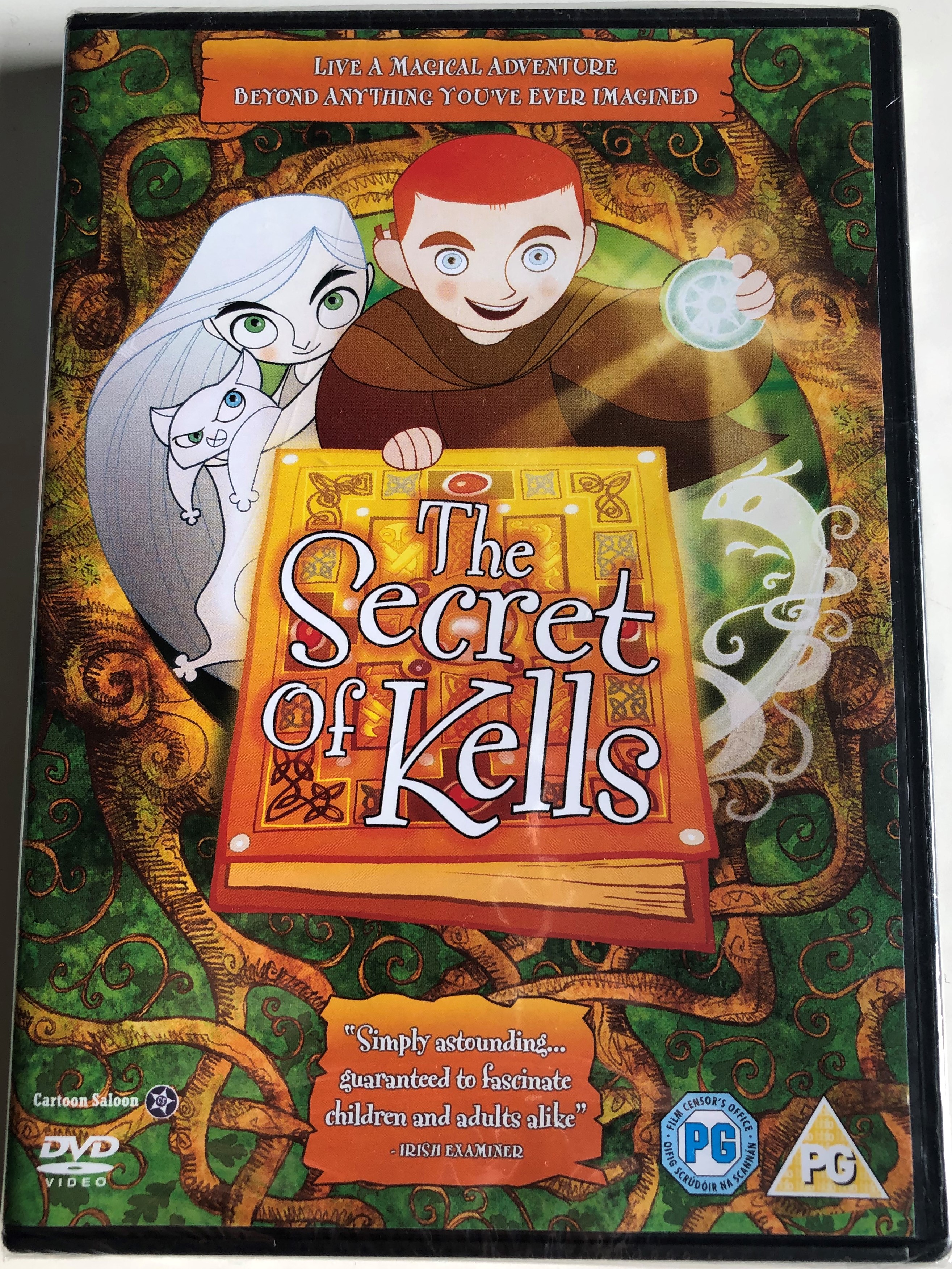 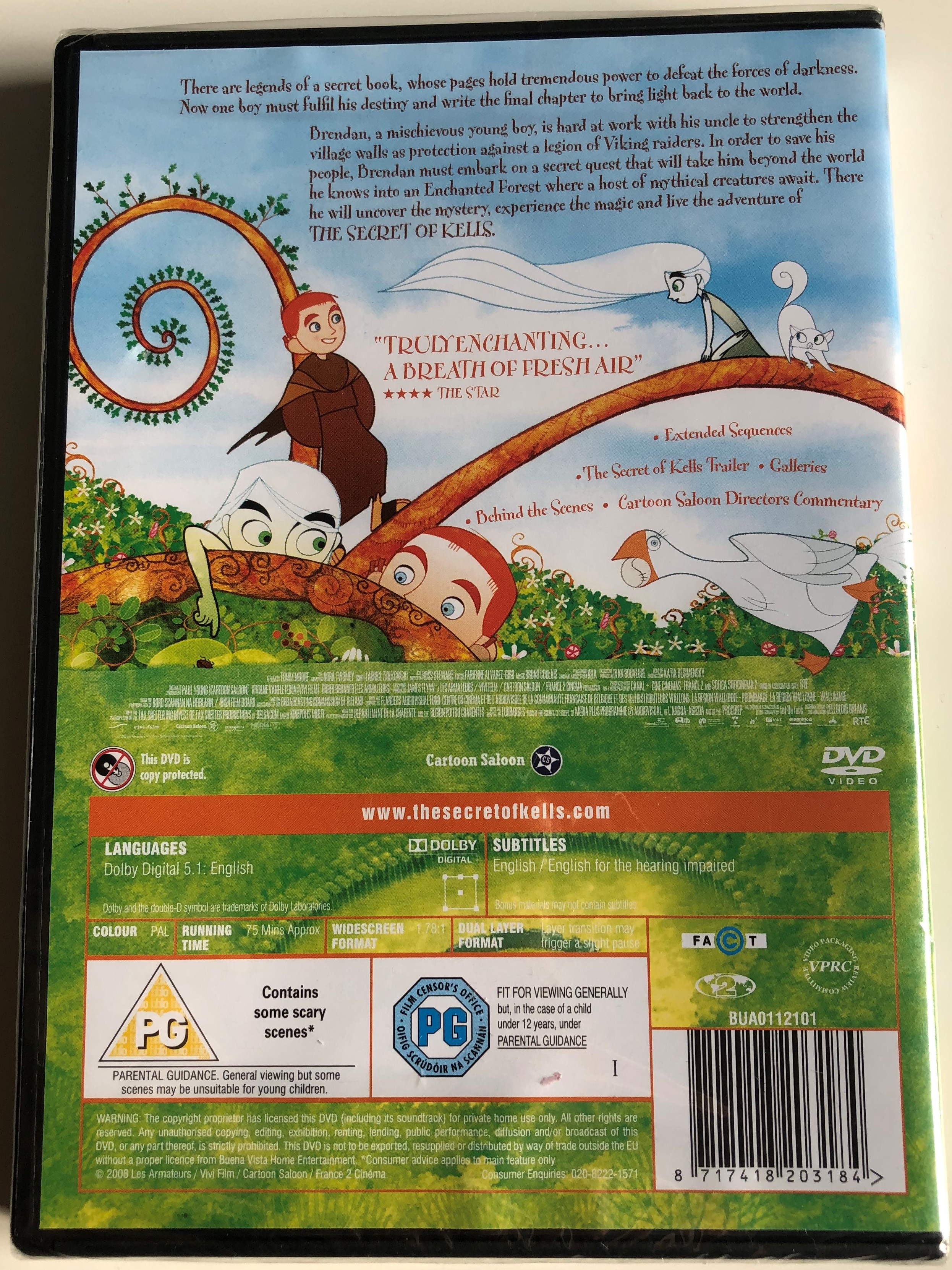