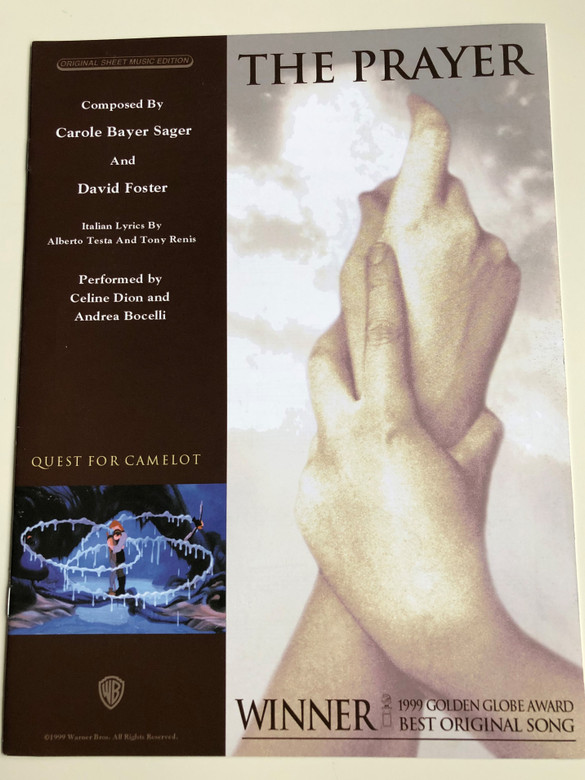 "The Prayer" is a song performed by Canadian singer Celine Dion and Italian tenor Andrea Bocelli. It was written by David Foster, Carole Bayer Sager, Alberto Testa and Tony Renis. "The Prayer" was originally recorded in two solo versions for the 1998 film Quest for Camelot, in English by Dion and in Italian by Bocelli. A duet between Dion and Bocelli later appeared on their respective studio albums, These Are Special Times (1998) and Sogno (1999), and was released as a promotional single on 1 March 1999. "The Prayer" won a Golden Globe Award for Best Original Song and was nominated for an Academy Award for Best Original Song in 1999 and a Grammy Award for Best Pop Collaboration with Vocals in 2000. It received positive reviews from music critics and entered adult contemporary charts in Canada and the United States in 1999. In 2008, Dion released a live version of "The Prayer" as a duet with Josh Groban. This music download entered the Canadian Hot 100 at number 37 and the Billboard Hot 100 at number 70. 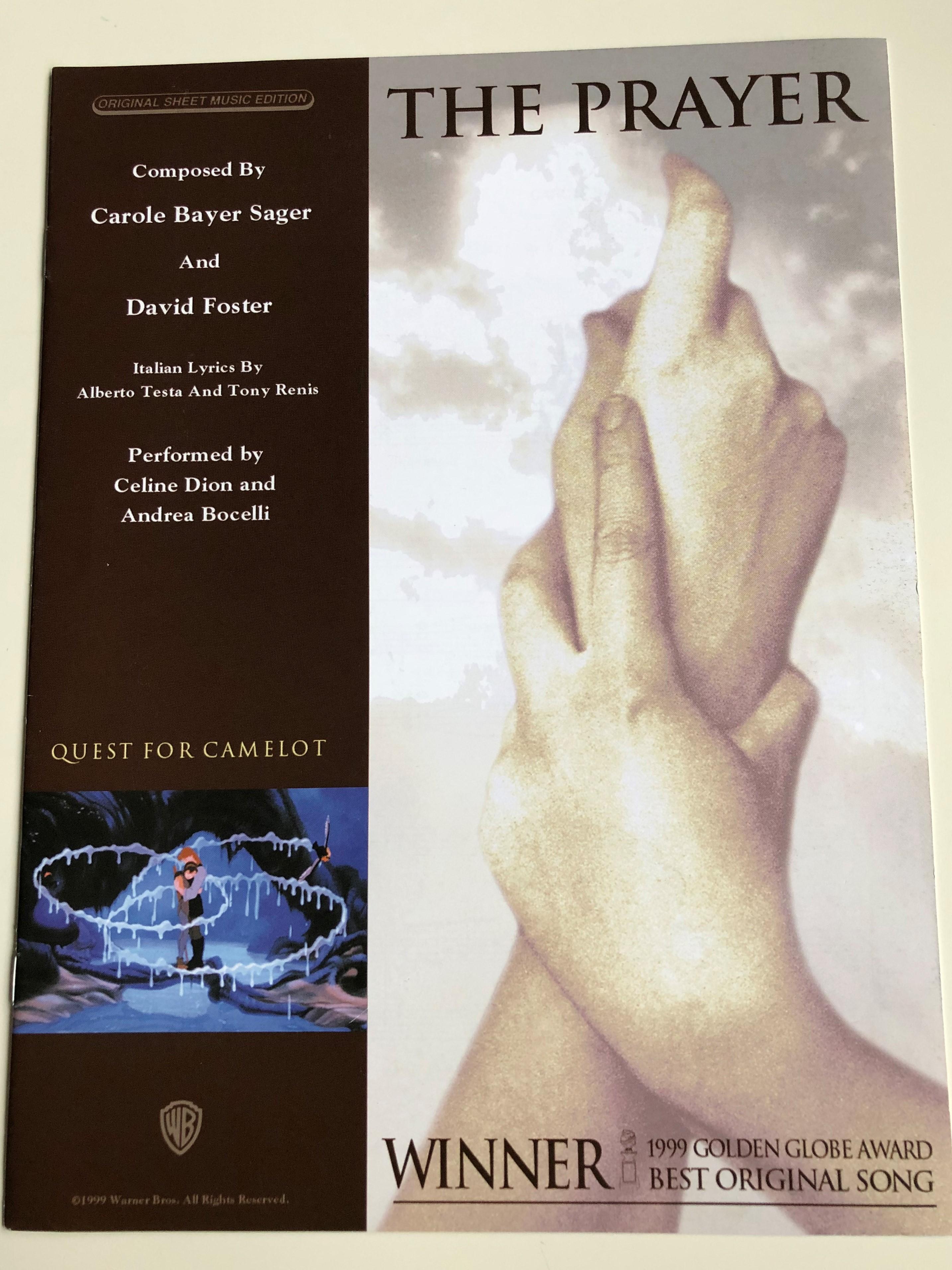 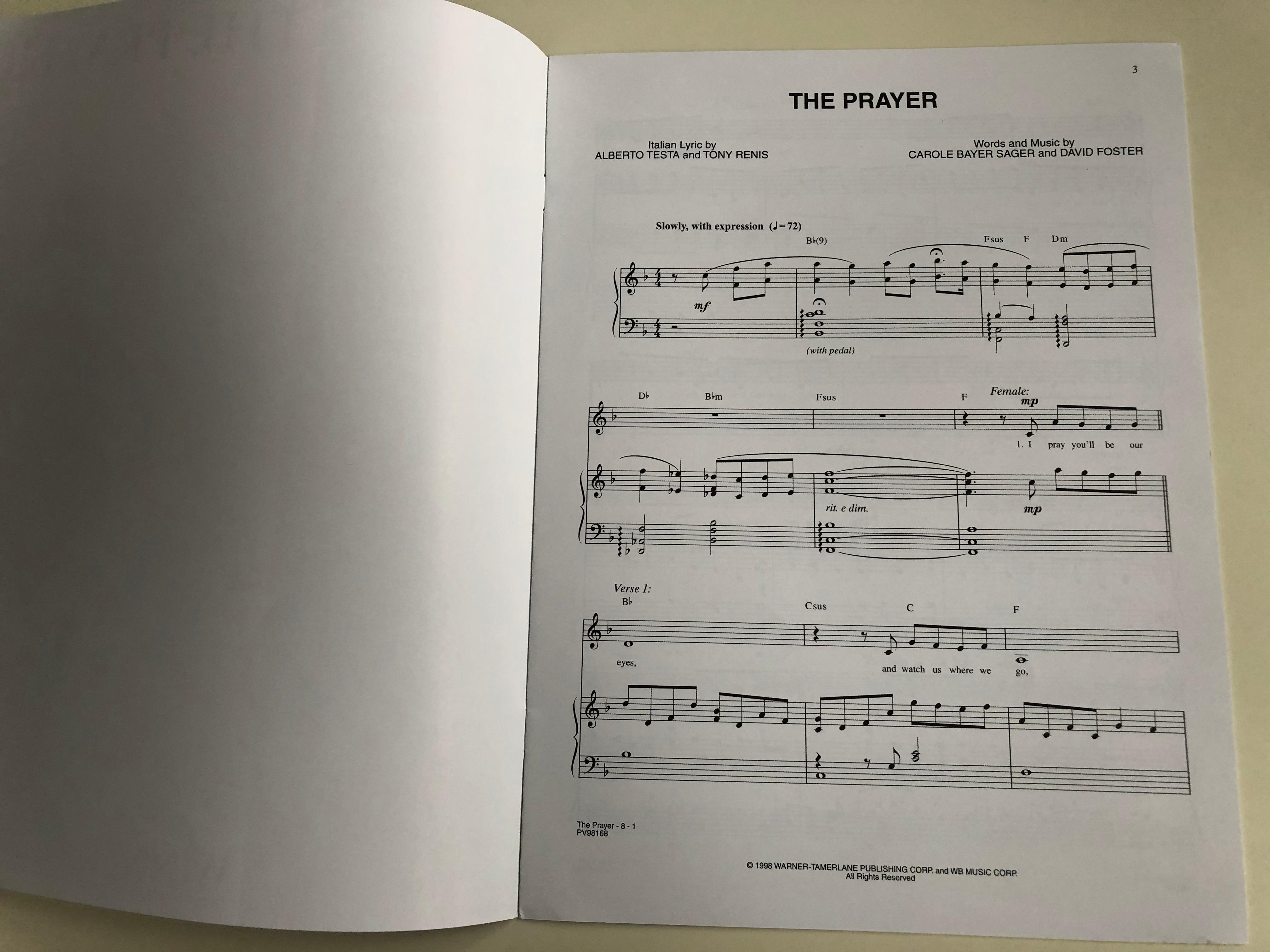 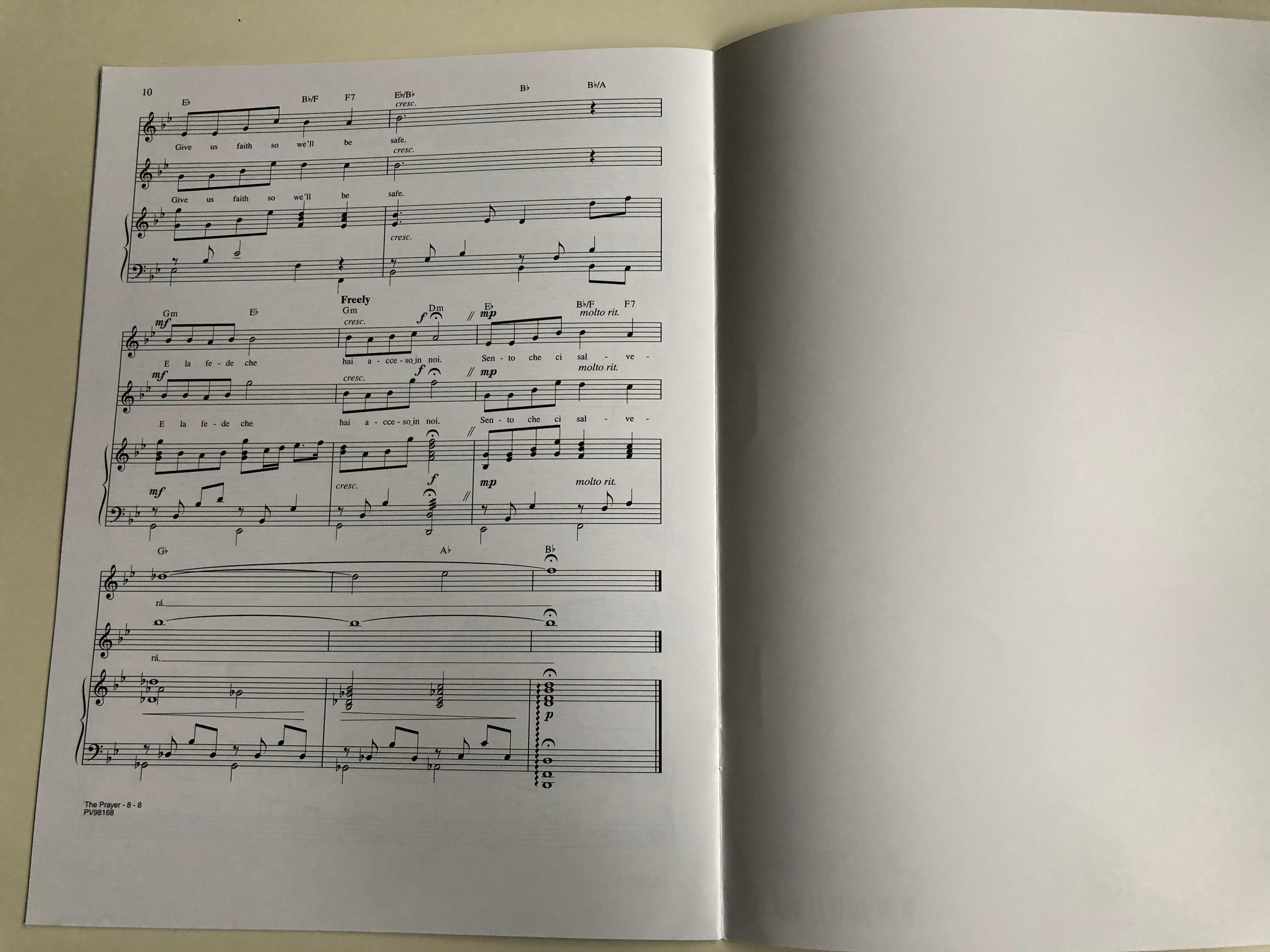 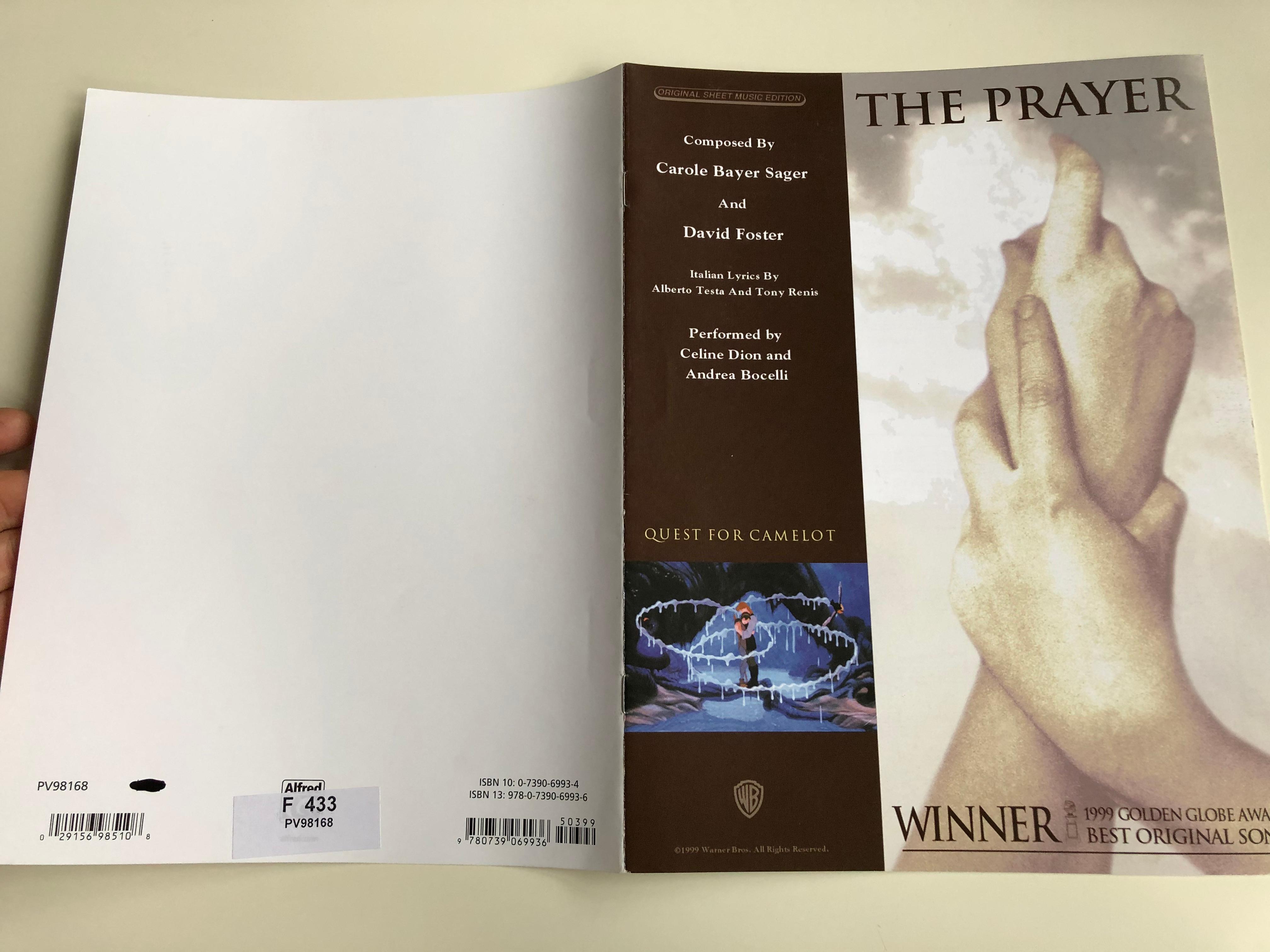