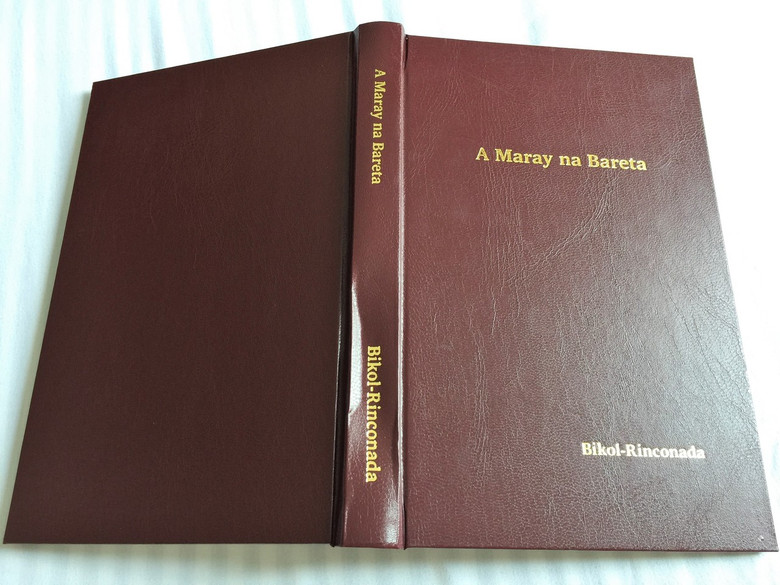 The New Testament in Bikol-Rinconada Language

Printed in 2016 by Philippine Bible Society

Rinconada Bikol is a minority language in the Bicol region despite having hundreds of thousands of speakers. It is currently not used in commercial media (print, radio, television) despite the fact that there are numerous prominent Rinconada speakers in the music and entertainment industry, media, and Philippine politics. It is not among the recognized regional languages in the Philippines and remains unknown to many Filipinos as it is poorly documented, researched and promoted.

Rinconada Bikol or simply Rinconada, spoken in the province of Camarines Sur, Philippines, is one of several languages that compose the Inland Bikol (or Southern Bicol) group of the Bikol macrolanguages. It belongs to the Austronesian language family that also includes most Philippine languages, the Formosan languages of Taiwanese aborigines, Bahasa Indonesia, Malay, Māori, Hawaiian, and Malagasy.

Rinconada is surrounded and shared common features with other Bikol languages. It is bordered by Coastal Bikol to the north, Buhinon to the east, and West Miraya language immediately to the south. The closest relatives to this language outside the Bicol region are Aklanon, Waray-waray, and to a lesser extent, Tagalog specifically the dialect of Batangas and Marinduque.

Rinconada Bikol is the language adopted by the indigenous population of Agta/Aeta (the Negrito) in the surrounding mountainous areas of Mount Iriga (old name is Mount Asog). The Austronesian people that have migrated to the foot of Mount Asog from the lowland Nabua introduced the language to Negritos when they began conducting trade and commerce, thus replacing the native language of the latter. The original language of Negritos is Inagta also known to linguists as Mount Iriga Agta, an extinct or nearly extinct language. Inagta is said to have 86% intelligibility with Rinconada Bikol but with lexical similarity of 76%.[3] Most Negritos or commonly called as Agta or Aeta (Ŋod for camaraderie) today are fluent in Rinconada Bikol though with a different variation. 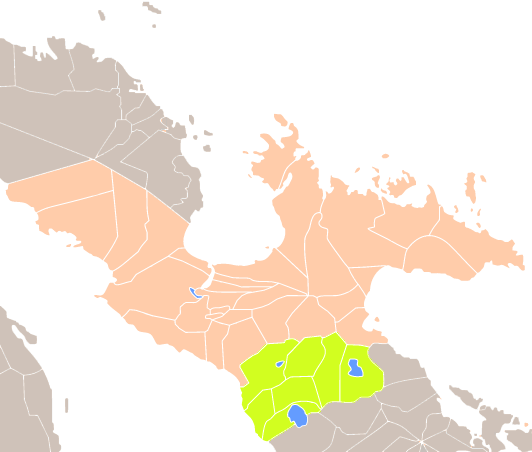 The name "Rinconada" is derived from the Rinconada District in Camarines Sur where the language originated, developed and is largely spoken. However, the precise origins of how the term "Rinconada" was assigned to the area are still unclear. Popular wisdom ascribes the name to have come from the Spanish arrinconada, "cornered", from the root rincón that means "corner or small district".[citation needed] Rinconada might have been given by the Spaniards to the then-newly explored and established colony in the southeastern corner of Luzon Island; natives formerly called the area Sumagang (Sumagaŋ), meaning "far east".