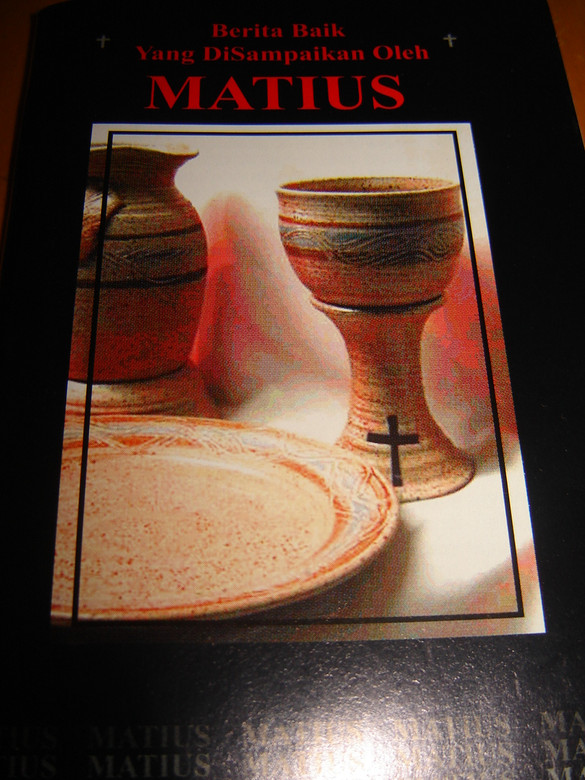 Title: The Book of Matthew in Malay Language / Berita Baik Yang DiSampaikan Oleh MATIUS / Malaysian Gospel Publication date: 2009 Malay is a major language of the Austronesian family and the official language of Malaysia and Brunei; a standardized variety of Malay called Indonesian is official in Indonesia. It is one of four official languages of Singapore, and as Indonesian is a working language of East Timor, a consequence of over twenty years of Indonesian administration. It is spoken natively by 40 million people. In Malaysia, the standard language is called Bahasa Malaysia "Malaysian language". Malay is normally written using Latin alphabet called Rumi.