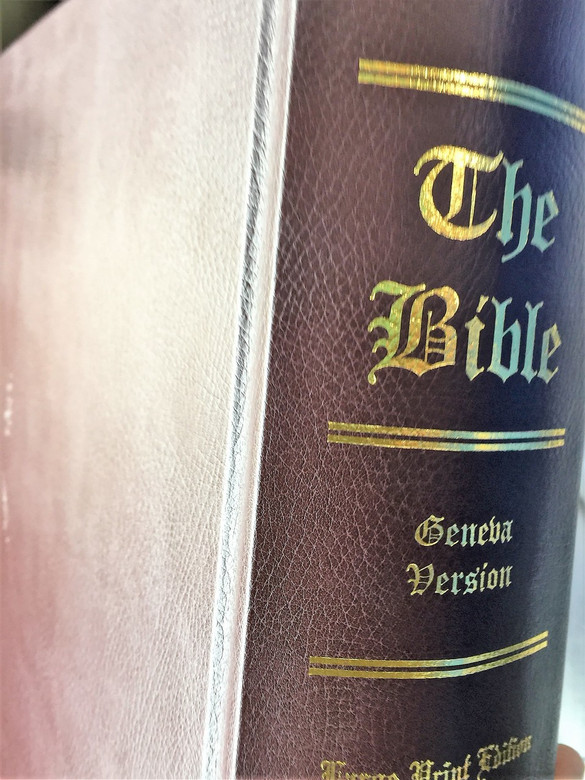 Bible of the Protestant Reformation

Geneva Bible was the first “Study Bible” with extensive commentary notes in the margins!

This edition of the 1560 Geneva Facsimile Reproduction is approximately 11" tall by 8.75 inches wide by 3.25 inches thick. It is bound in hardcover burgundy bonded leather with gold stamping along the spine.

These facsimiles are exactly identical to the genuine original 1560 First Edition / First Printing of the Geneva Bible, an example of which is available in the Gold Room of our Ancient Rare Bibles & Books section for tens of thousands of dollars. We did, however, take the liberty of doing a photographic enlargement of the actual size of the type on each page to 125% the size of the original, to make the small commentary notes in the margins easier to read.

The Geneva Bible is the version quoted from hundreds of times by William Shakespeare in his plays. Also called the “Breeches Bible”, the Geneva Bible is the only Bible ever able to outsell and exceed the popularity of the King James Bible, as it did in the early 1600’s until its printing ceased in 1644. In fact, one of the greatest ironies of history, is that Protestants of all denominations today embrace the King James Version of the Bible (which reads 90% the same as the Geneva), even though the King James Version is not a Protestant Bible (it’s Anglican / Church of England). Most Protestants have never even heard of the Bible of their own heritage: the Geneva Bible. It was produced by John Calvin, John Knox, Myles Coverdale, John Foxe, & other English refugees in ever-neutral Geneva, Switzerland… fleeing the persecution of Roman Catholic Queen “Bloody” Mary in England. Mary would not tolerate the Protestant Geneva Bible, which proclaimed the Pope an “antichrist” in its commentary notes.

Back in print for the first time in centuries… nearly forgotten for over 350 years…all but drowned-out by the Anglican Church’s much younger and more “politically correct” King James Version of 1611… reclaim your Protestant heritage by reading the Bible translated by Protestants for Protestants: the 1560 Geneva Bible. 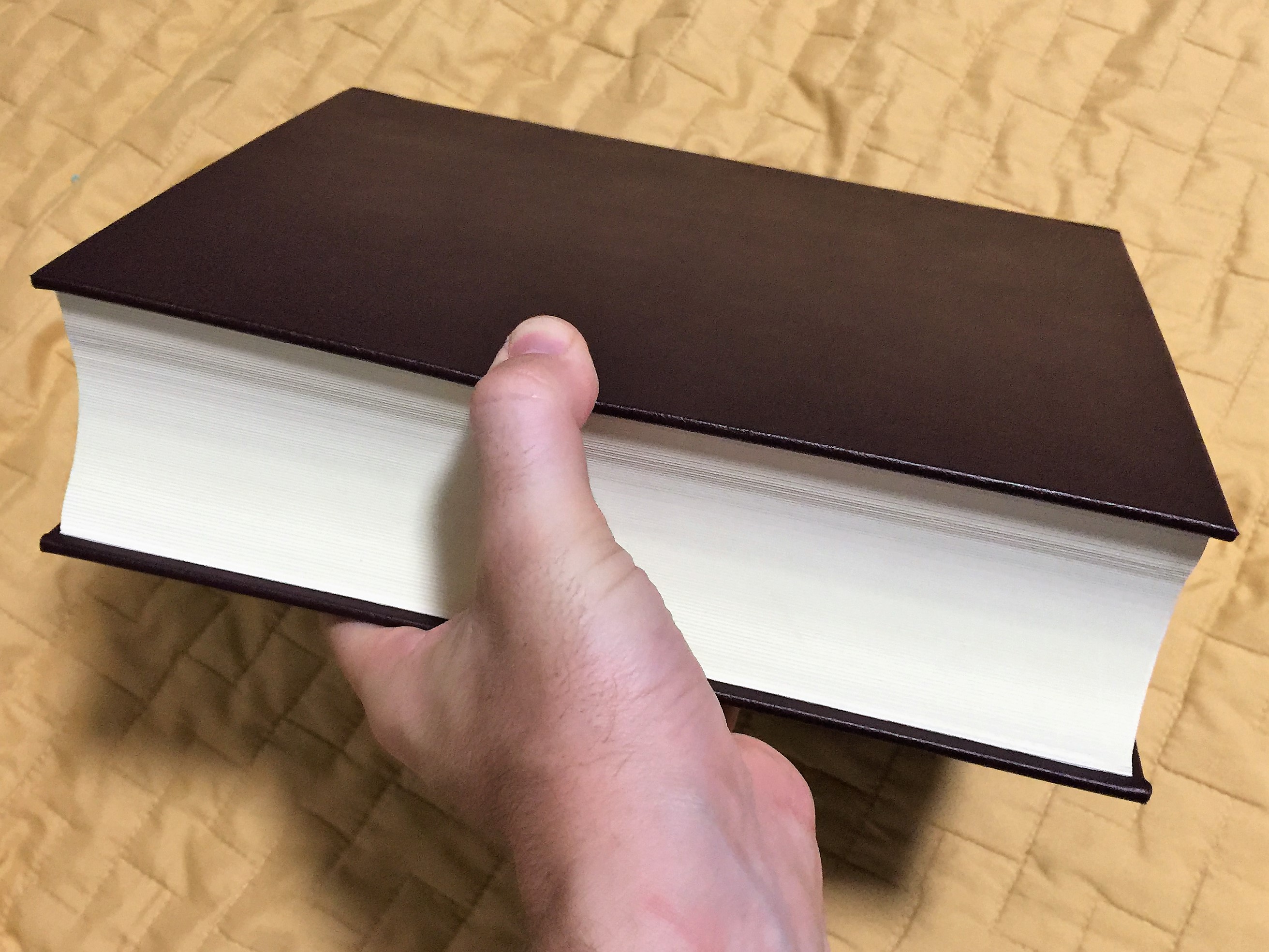 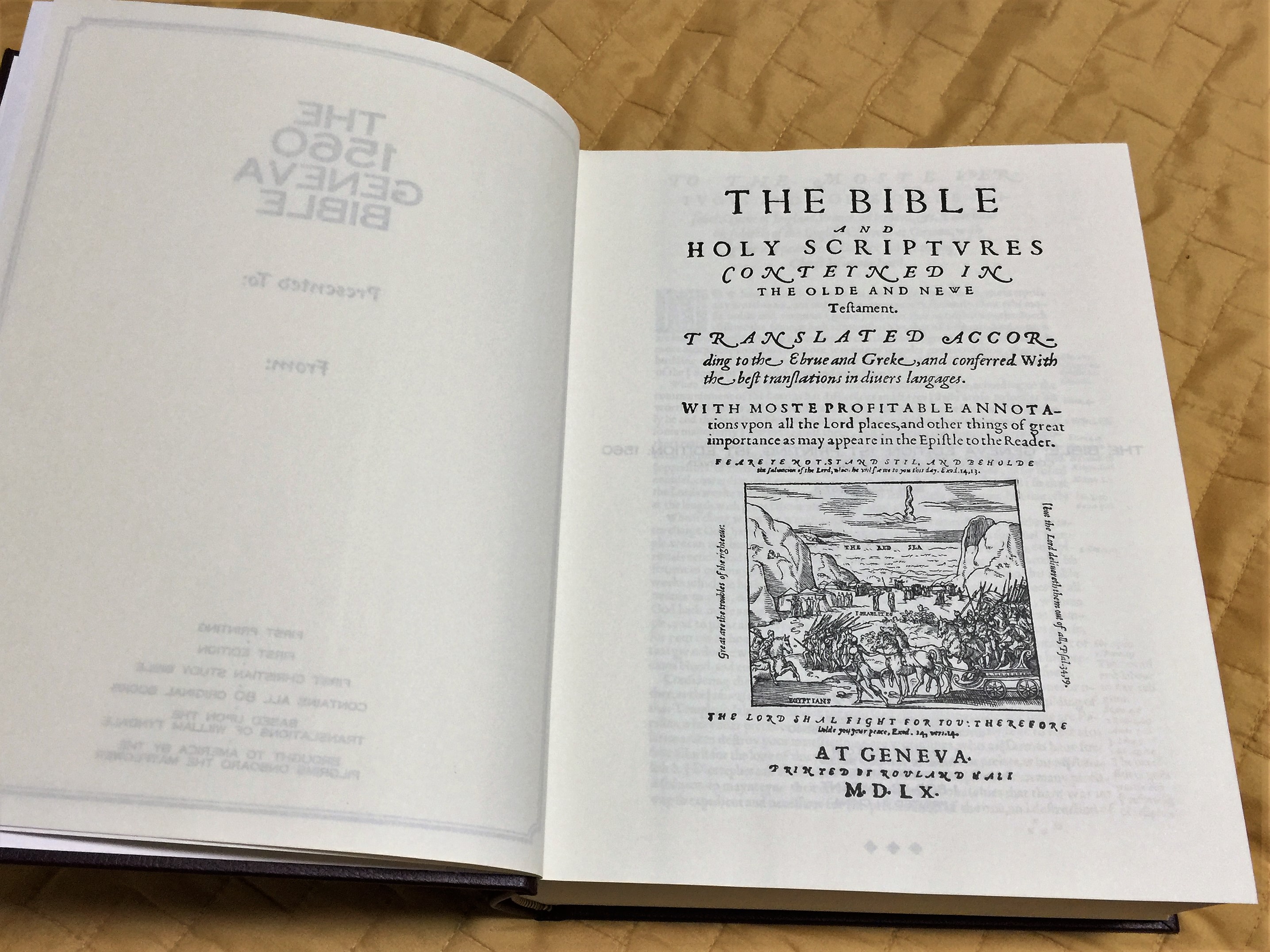 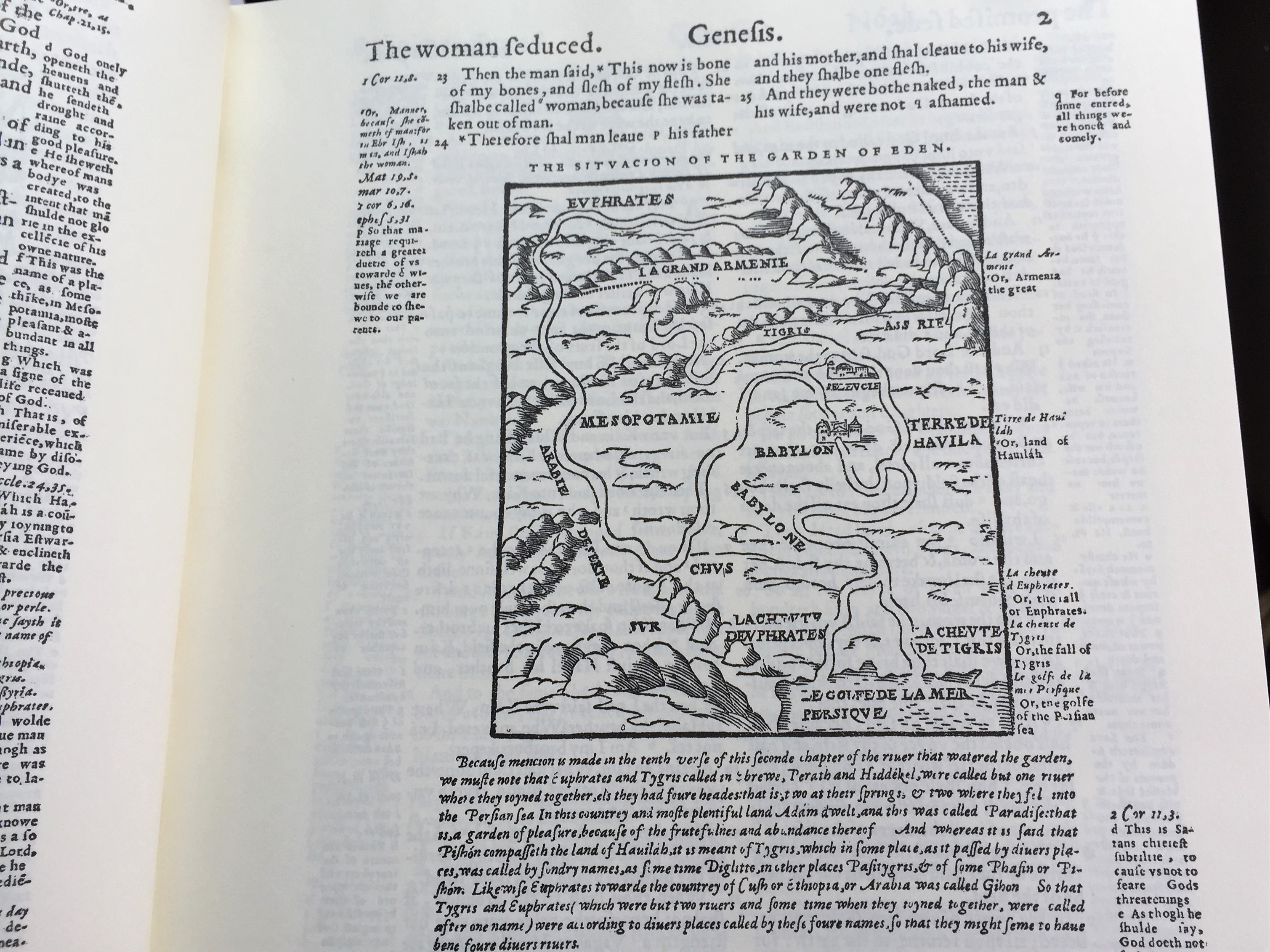 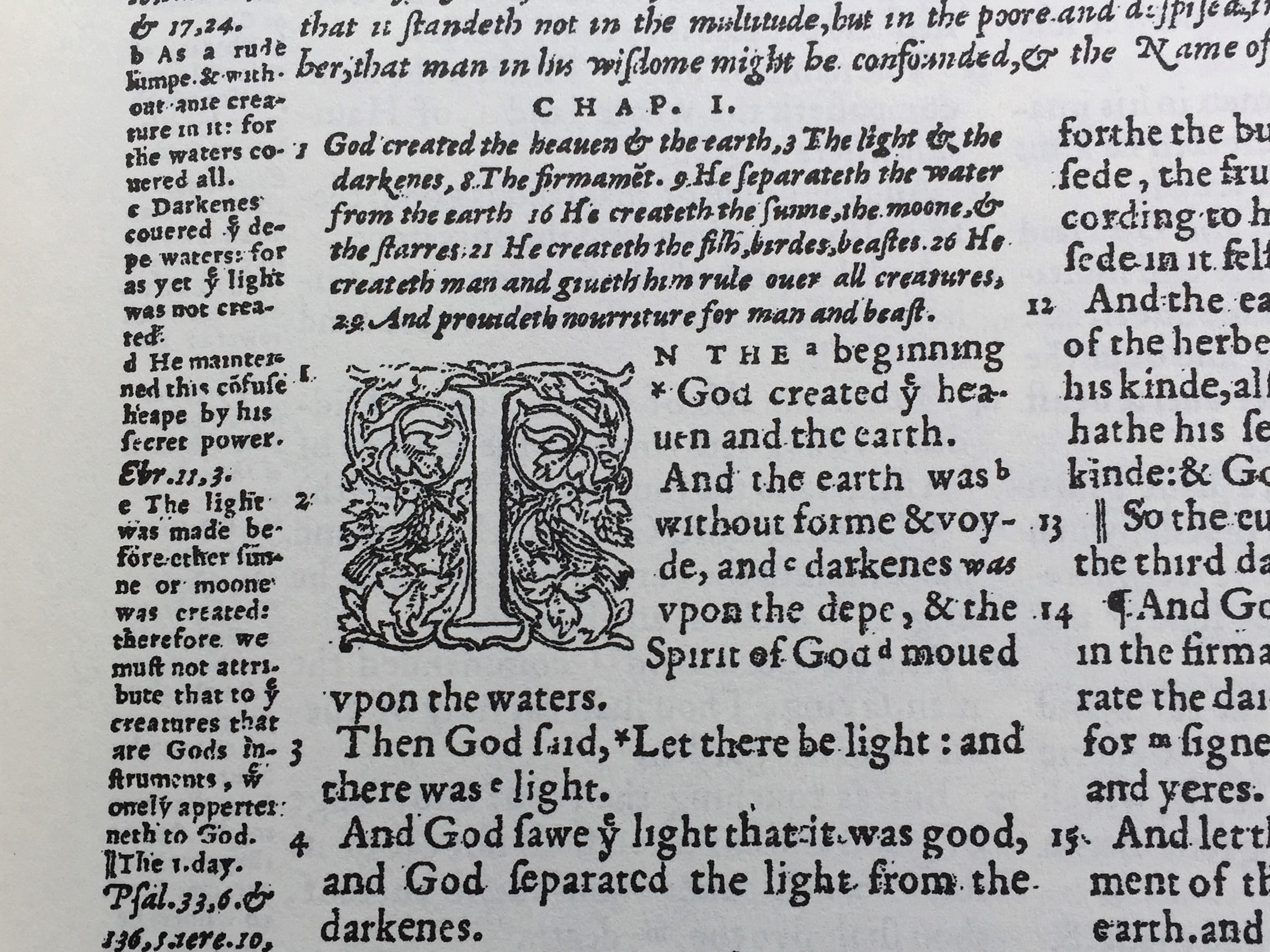 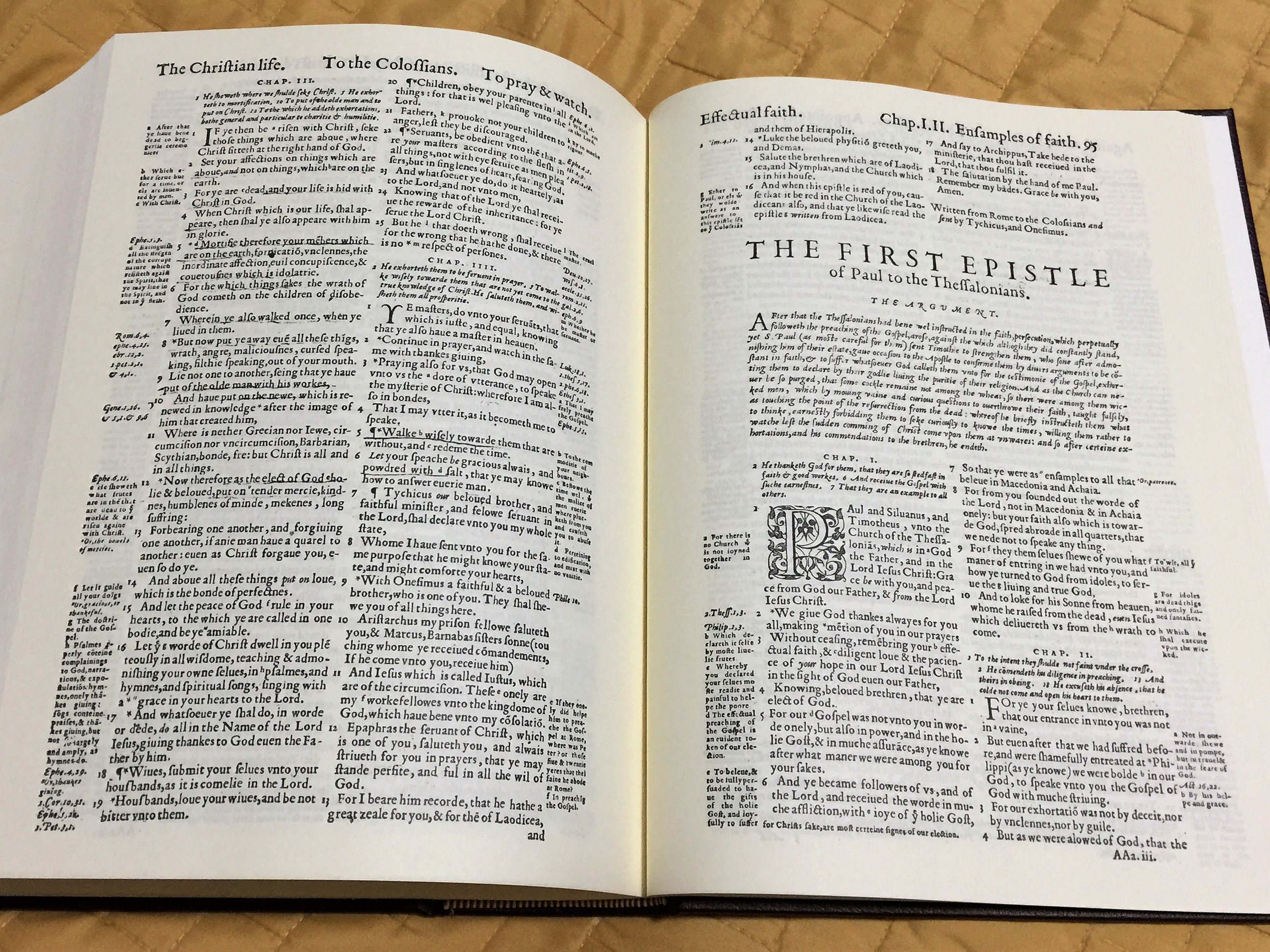