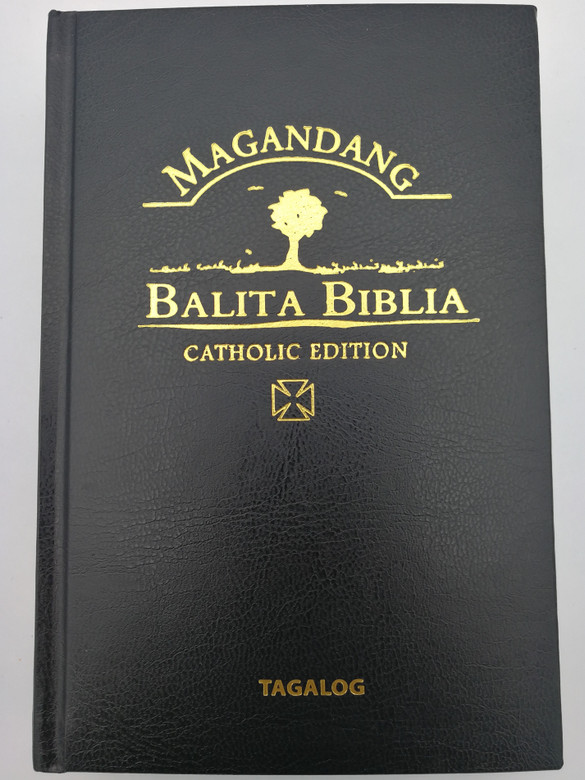 The Bible in Tagalog, a language spoken by more than 50 million speakers in the Philippines. It is spoken on many of the islands that comprise the Philippines and also by a significant number of communities in other countries such as the United States. The Bible was first translated into Tagalog in 1905. This Bible is a more modern translation and includes features such as a glossary, concordance and reading plan for those wishing to take their study of the Bible further.

There are more than 50 million speakers of Tagalog in the Philippines, mostly in the southern parts of Luzon, the archipelago’s largest island. Other dialects spoken in the Philippines include Cebuano, Ilokano, Waray-Waray, Hiligaynon, Pangasinan, Bikol, Maranao, Maguindanao, Tausug, and Kapampangan, but the official language, Filipino, is based on Tagalog. There are also significant numbers of Tagalog-speaking communities in other countries, with the largest in the United States where it ranks as the sixth most-spoken language.

Derived from “Taga-ilog,” which literally means “from the river,” Tagalog is an Austronesian language belonging to the Malayo-Polynesian subfamily, with outside influences from Malay and Chinese, and later from both Spanish and American English through four centuries of colonial rule. This influence is seen in Tagalog words and their spelling.

Tagalog had its own writing system based on an ancient script called the Baybayin that uses a syllabic alphabet, which the Spanish colonialists romanized. Even the modern alphabet has been changed several times to incorporate foreign sounds from both Spanish and English.