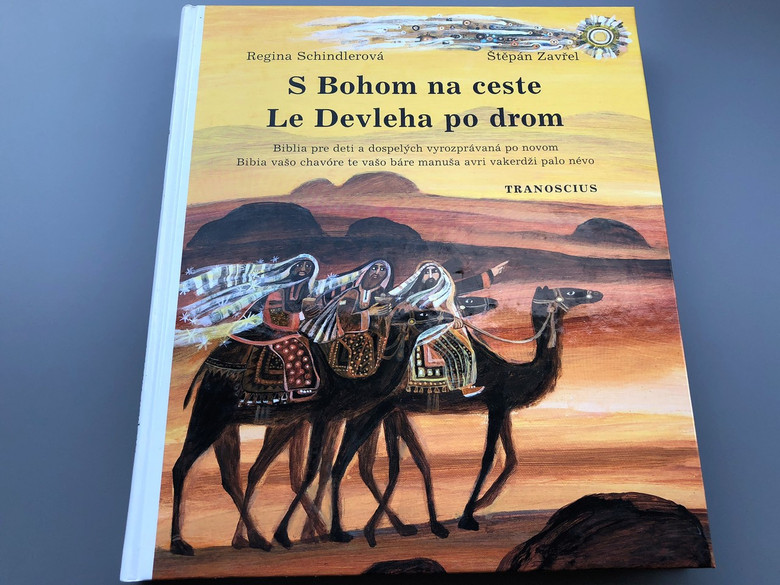 With God on the Road Regina Schindlerova

Biblical stories for children and adults with large colorful illustrations by Stephen Zavřel. In the first part there are selected stories from the Old Testament in the Slovak language and subsequently in the Romani language, in the second part of the book, stories from the New Testament, again in both languages. The book was published by Tranoscius Liptovský Mikuláš, with the approval of BOHEM Press, Zurich in 2001. It has a larger format (28.5 x 24.5 cm) solid packaging and two colored jars. 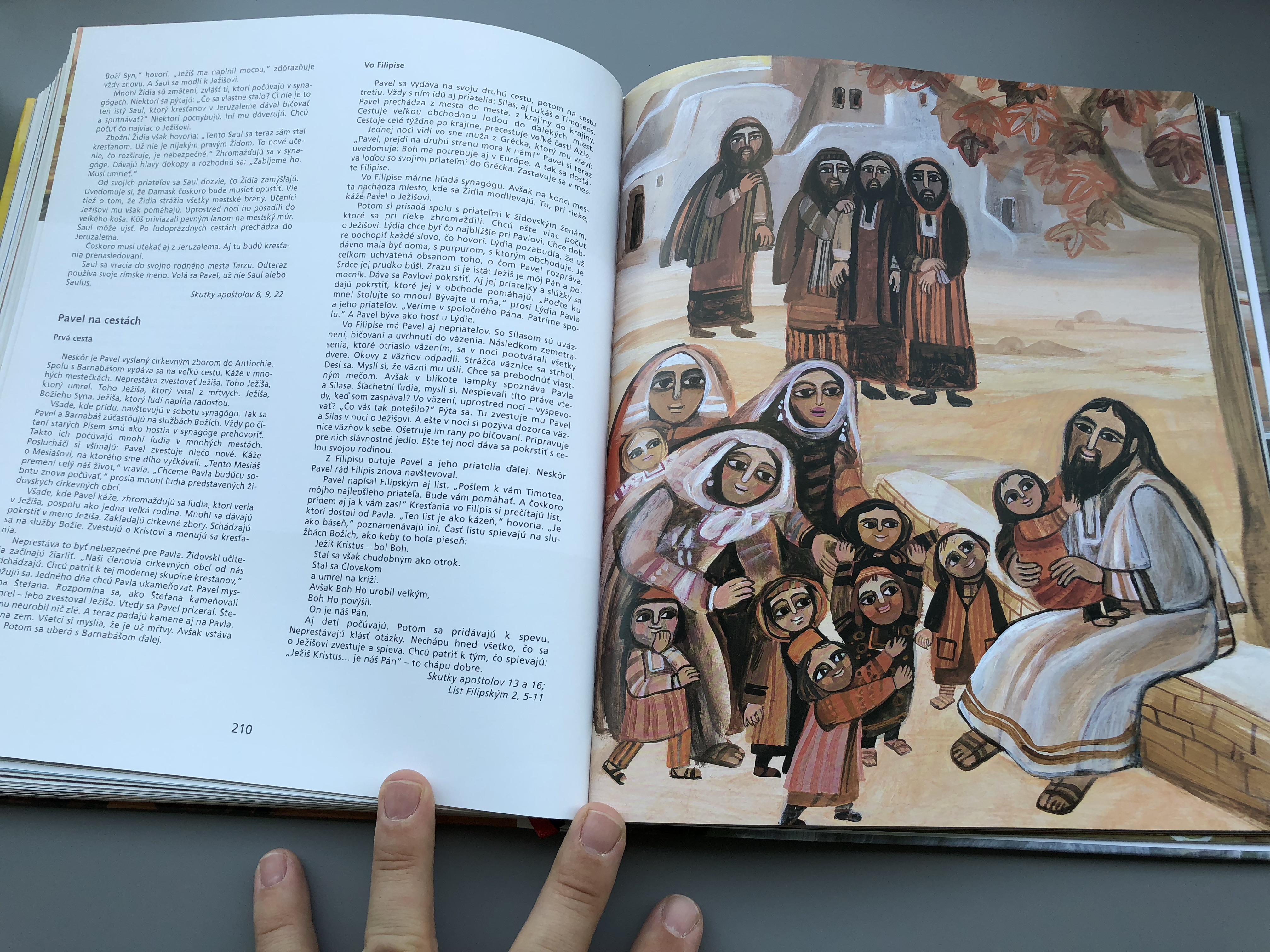 The word Gypsy refers to a member of an ethnic group called the Romani, or Romany. The Romani are descendants of people from northern India, originating there about 1,000 years ago. They are related to the Dom people, who came from the same area but separated from the Romani. The Romani or Gypsies are a nomadic people who migrated to many places around the globe, including Asia, Eastern Europe, and the Americas. The most concentrated populations of Gypsies today are in Turkey and Central, Eastern, and Southern Europe, in such places as Spain and southern France.