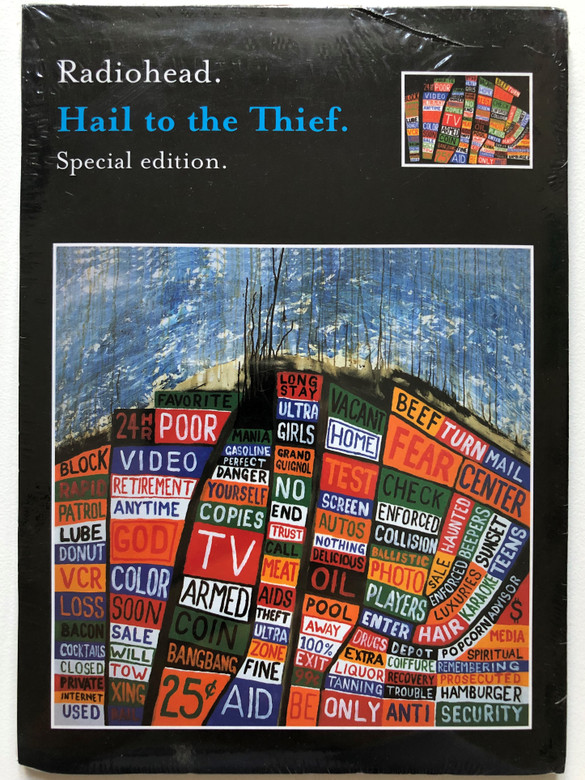 Hail to the Thief is the sixth album by the English rock band Radiohead. It was released on 9 June 2003 through Parlophone internationally and a day later through Capitol Records in the United States. It was the last album released under Radiohead's record contract with EMI, the parent company of Parlophone and Capitol.

After transitioning to a more electronic style on their albums Kid A (2000) and Amnesiac (2001), which were recorded through protracted studio experimentation, Radiohead sought to work more spontaneously, combining electronic and rock music. They recorded most of Hail to the Thief in two weeks in Los Angeles with their longtime producer Nigel Godrich, focusing on live takes rather than overdubs.

Alternate title for the album release is "The Gloaming." This is noted in the lyrics section of the booklet.

This record was made at Ocean Way, Hollywood, California & at Radiohead's own studio, between September 2002 and February 2003.
All instruments have been maintained and rebuilt by Plank.

Packaging designed using a font called Mrs Eaves, which was made by Emigre type foundry in Sacramento.

F: PM / UK: / Printed in the EU
Place of manufacture as stated on label
Marketed and Distributed by EMI
CD matrix: EMI UDEN 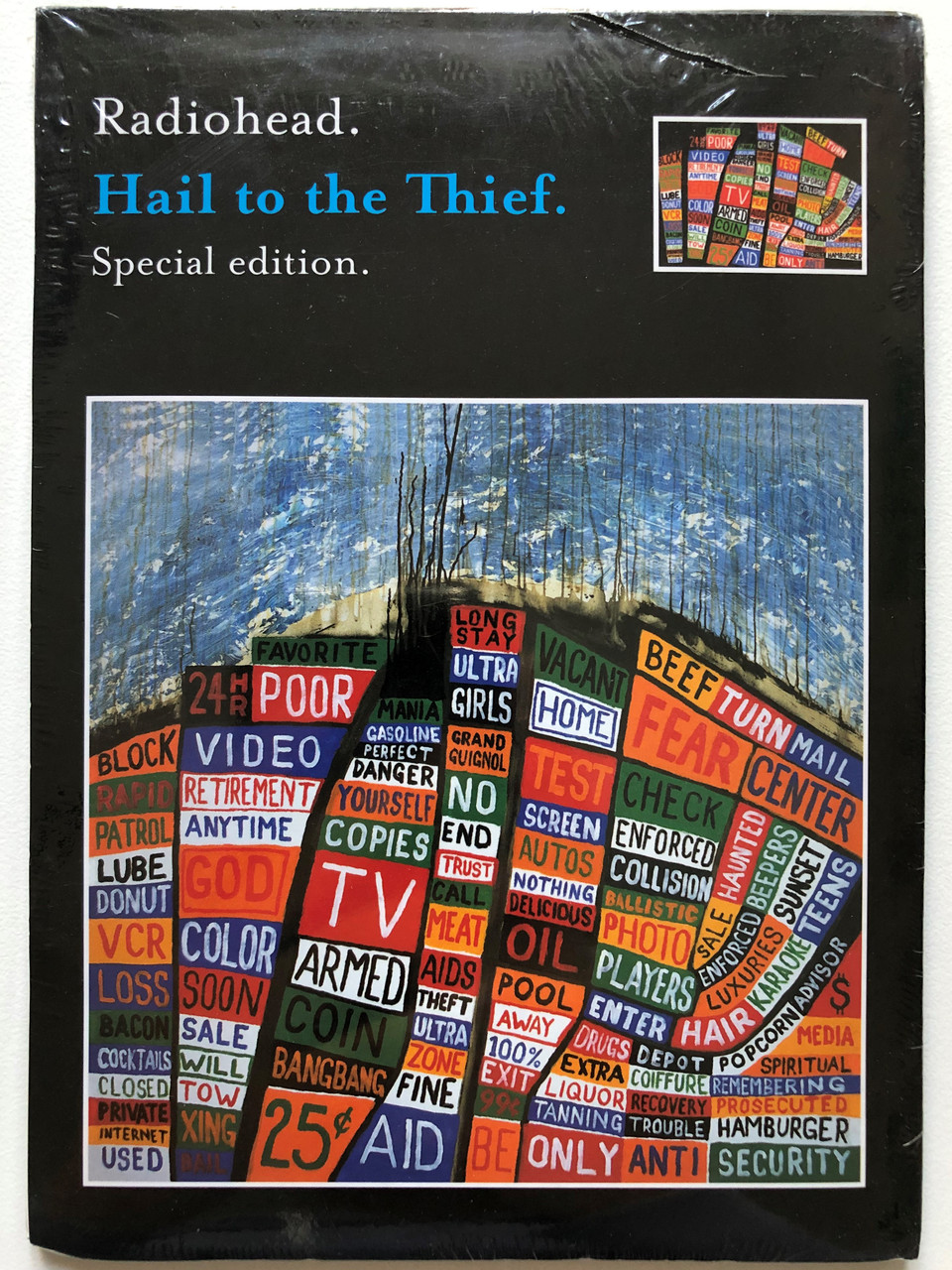 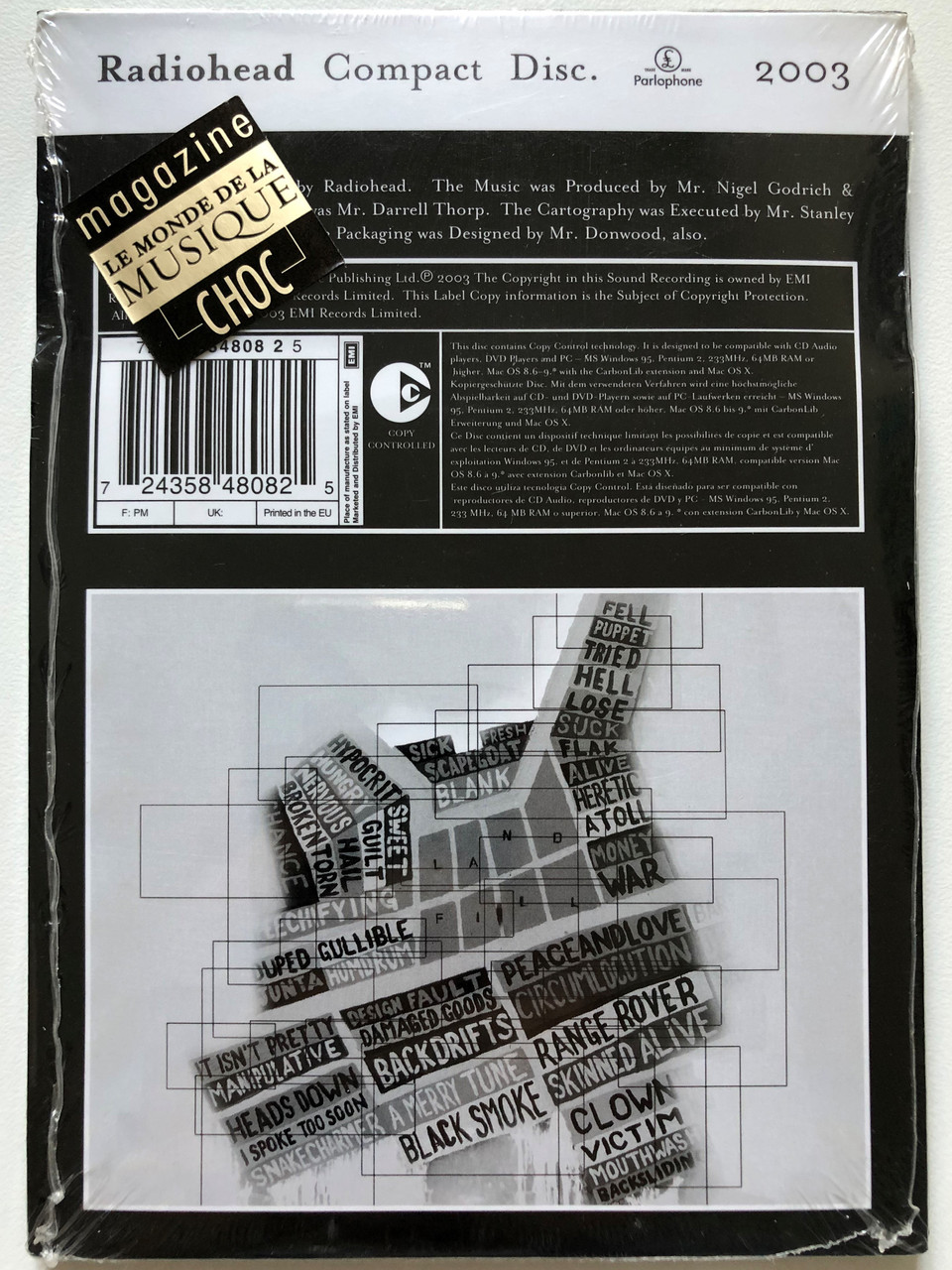 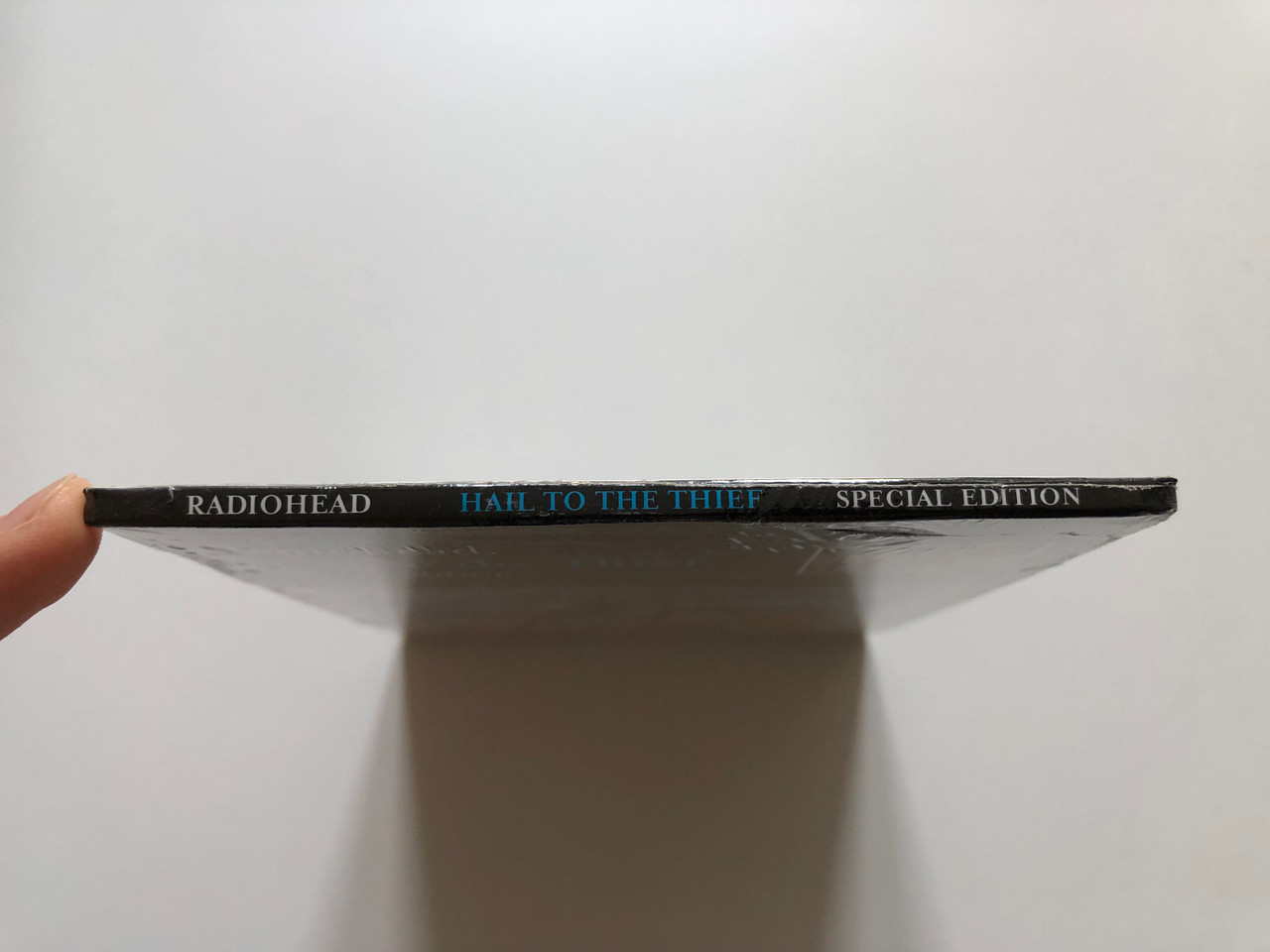