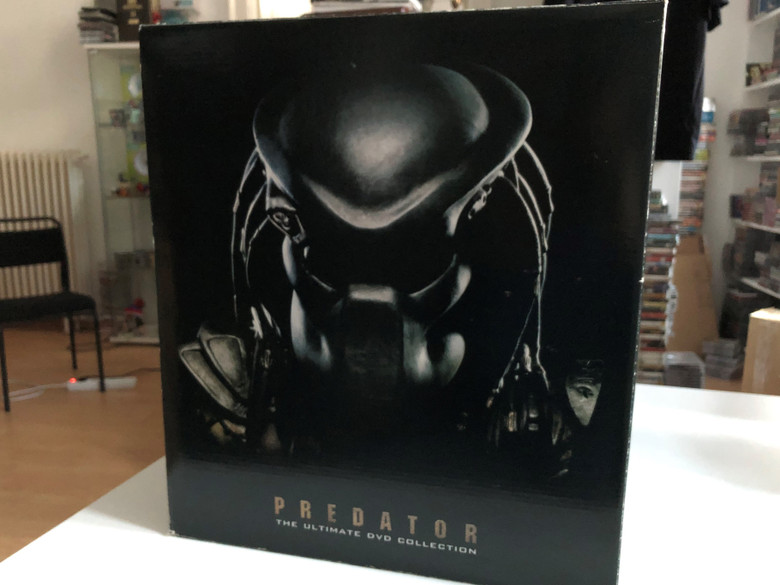 !!! Condition of this AMAZING box is NEW!   The BOX shows some shelf ware because it been around in our warehouse for a few years !!!  As pictured  !!!

1:1 size Predator head incl. the 6 DVD discs in paper case as you can see in the photos. Coming with Certificate of authenticity

Please make sure that your DVD player is able to play this format! It contains the 2 disc Special Editions of both Predator and Predator 2 and the extended version of Aliens Vs Predator, which has an additional 8 minutes of footage.

Predator is a 1987 American science fiction action horror film directed by John McTiernan and written by brothers Jim and John Thomas. It is the first installment in the Predator franchise. It stars Arnold Schwarzenegger as the leader of an elite paramilitary rescue team on a mission to save hostages in guerrilla-held territory in a Central American rainforest, who encounter the deadly Predator (Kevin Peter Hall), a technologically advanced alien who stalks and hunts them down.

Predator was written in 1984 under the working title of Hunter. Filming ran from March to June 1986 with creature effects devised by Stan Winston; the budget was around $15 million. 20th Century Fox released the film on June 12, 1987, in the United States, where it grossed $98.3 million. Initial reviews were mixed, but the film has since been considered a classic of the action genre.

Predator is a science fiction action horror anthology media franchise centered on the film series depicting humankind's encounters with a race of extraterrestrial trophy-seeking military personnel known as the "Predator". Produced and distributed by 20th Century Fox, the series began with Predator (1987), directed by John McTiernan, and was followed by three sequels, Predator 2 (1990), Predators (2010), and The Predator (2018), directed by Stephen Hopkins, Nimród Antal, and Shane Black, respectively, and an upcoming prequel Prey (2022), directed by Dan Trachtenberg. The series has led to numerous novels, comics, and video game spin-offs such as Predator: Concrete Jungle (2005) and Predator: Hunting Grounds (2020), both of which received generally mixed reviews. The Alien vs. Predator franchise combines the continuities of the Alien franchise with the Predator franchise and consists of two films as well as varying series of comics, books, and video games.

Predator 2 is a 1990 American science fiction action horror film written by brothers Jim and John Thomas, directed by Stephen Hopkins, and starring Danny Glover, Ruben Blades, Gary Busey, María Conchita Alonso, Bill Paxton, and Kevin Peter Hall. It is the second installment of the Predator franchise, serving as a sequel to 1987's Predator, with Kevin Peter Hall reprising the title role of the Predator. Set ten years after the events of the first film, in Los Angeles, the film focuses on the Predator, a technologically advanced extraterrestrial hunter, and the efforts of a disgruntled police officer and his allies to defeat the malevolent creature.

At the time of release the film received generally negative reviews. It earned a moderate return at the box office, grossing $57 million worldwide, compared to the previous film's $98 million gross on a smaller production budget. The film was viewed more positively over time, and became a cult classic.

Alien vs. Predator (stylized as AVP: Alien vs. Predator) is a 2004 science fiction action film written and directed by Paul W. S. Anderson, and starring Sanaa Lathan, Raoul Bova, Lance Henriksen, Ewen Bremner, Colin Salmon, and Tommy Flanagan. It is the first film installment of the Alien vs. Predator franchise, adapting a crossover bringing together the eponymous creatures of the Alien and Predator series, a concept which originated in a 1989 comic book written by Randy Stradley and Chris Warner. Anderson wrote the story together with the creators of the Alien franchise, Dan O'Bannon and Ronald Shusett, and Anderson and Shane Salerno adapted the story into a screenplay. Their writing was influenced by Aztec mythology, the comic book series, and the writings of Erich von Däniken. In the film, scientists are caught in the crossfire of an ancient battle between Aliens and Predators as they attempt to escape a bygone pyramid.

Alien vs. Predator was theatrically released on 12 August 2004. It received generally negative reviews, and grossed $177.4 million worldwide against a production budget of $60–70 million. A sequel, Aliens vs. Predator: Requiem, was released in 2007. 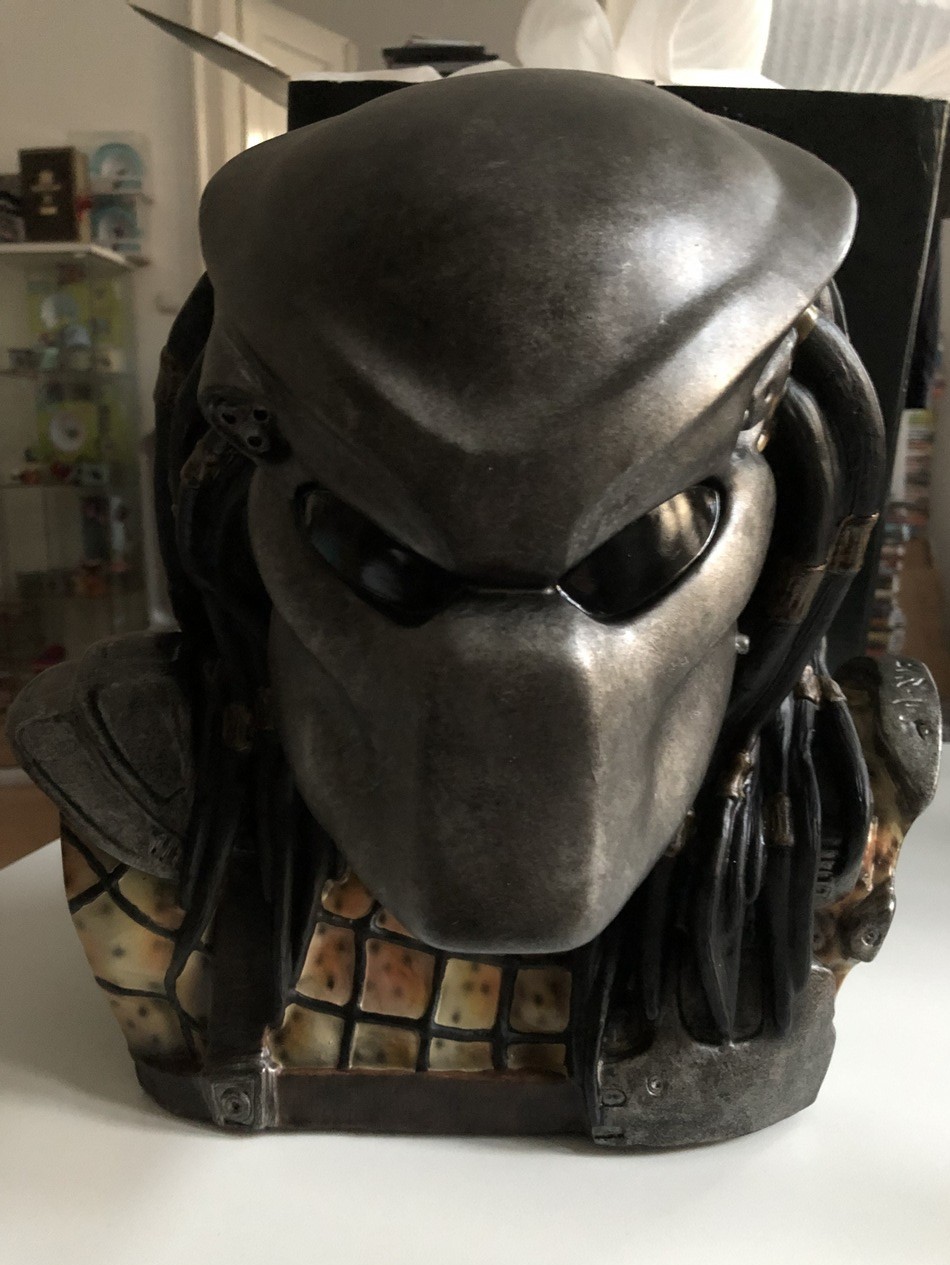 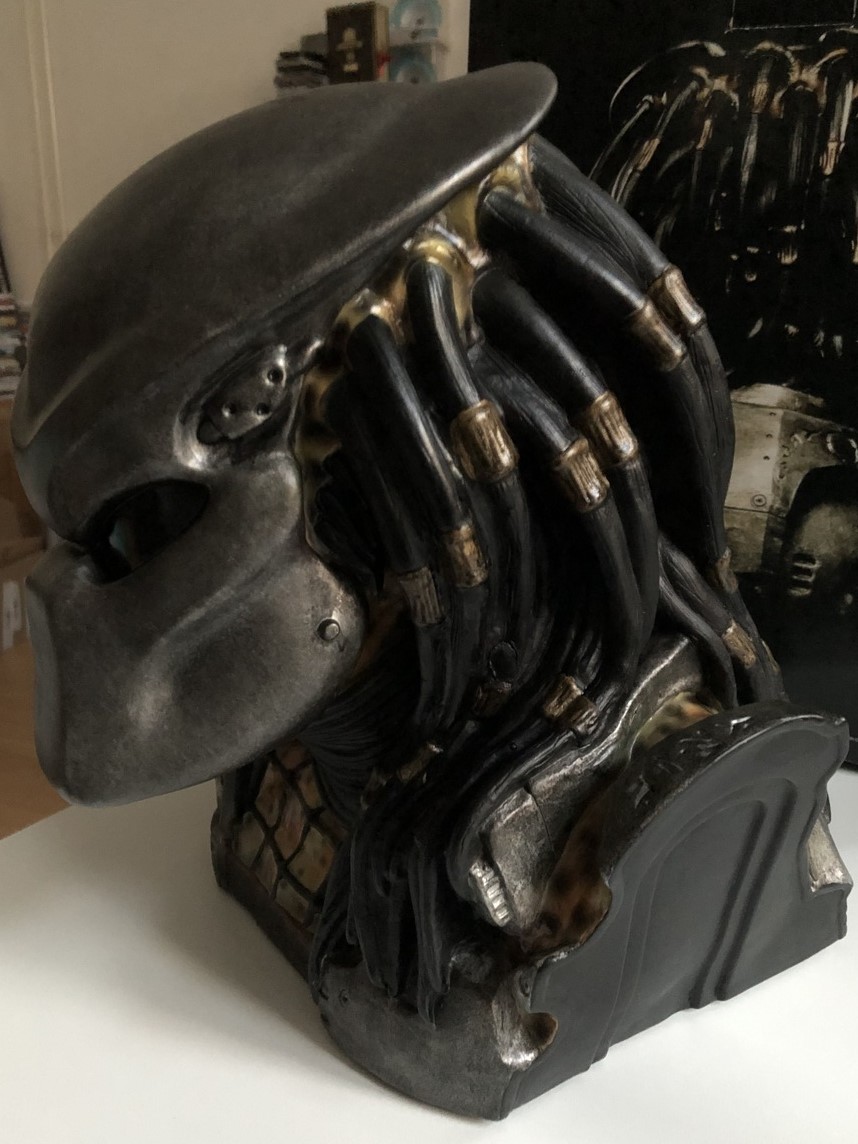 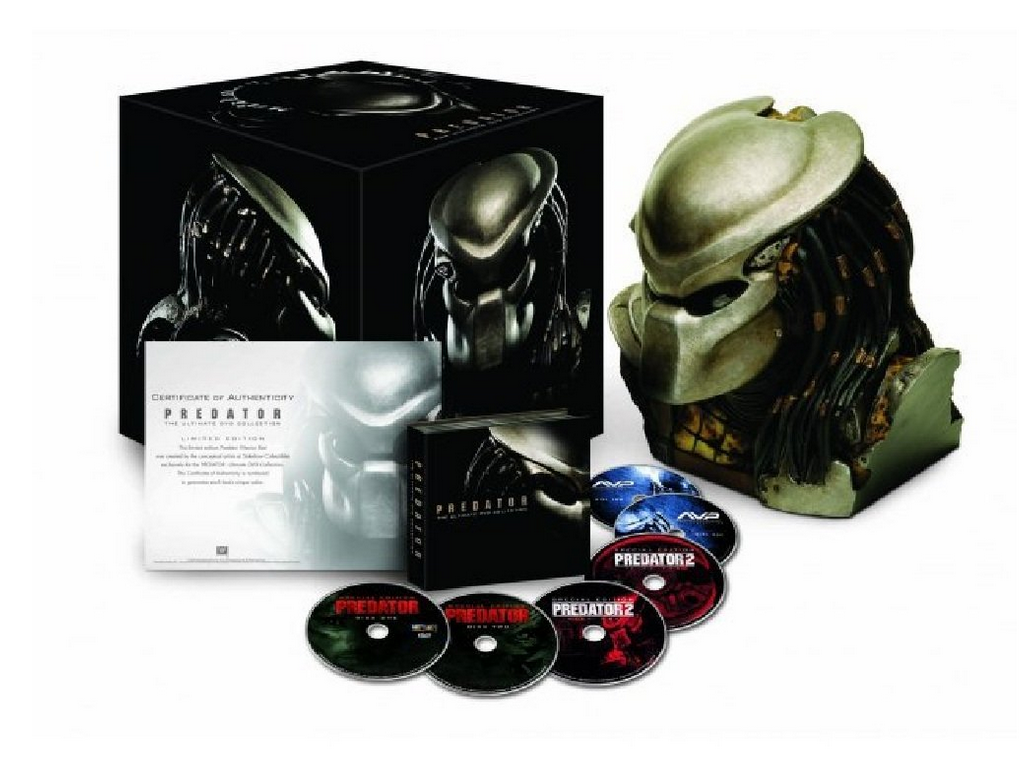