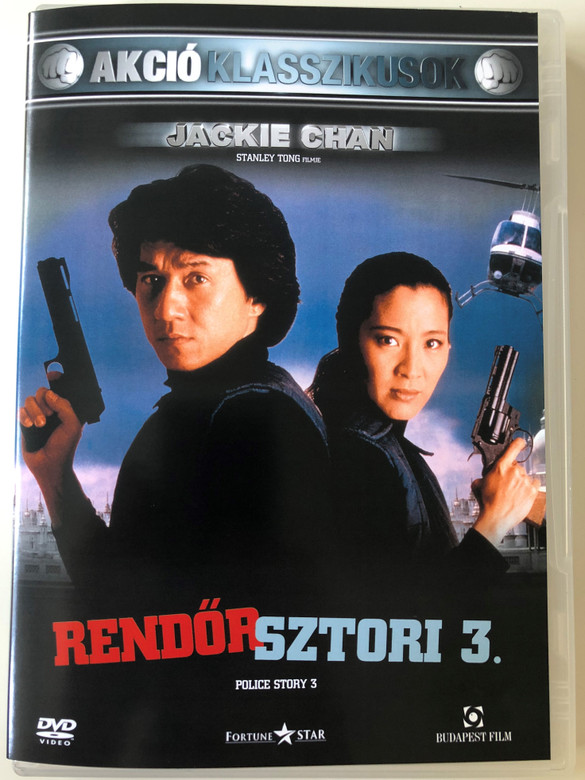 Supercop (Chinese: 警察故事3超級警察 or Police Story 3: Supercop) was made in 1992. Michelle Yeoh joins the cast, portraying a police officer from mainland China. The story involves Chan and Yeoh's character going undercover to try to break up a drug smuggling ring. The action moves from China to Kuala Lumpur, where Chan's girlfriend May is kidnapped. The film marks the last appearance of Maggie Cheung as May. Michelle Yeoh reprises her role in the spin-off, called Supercop 2. Dimension Films released Supercop in the US in 1996 with some edits to the film, the complete replacement of all music and sound effects, and English dubbing.