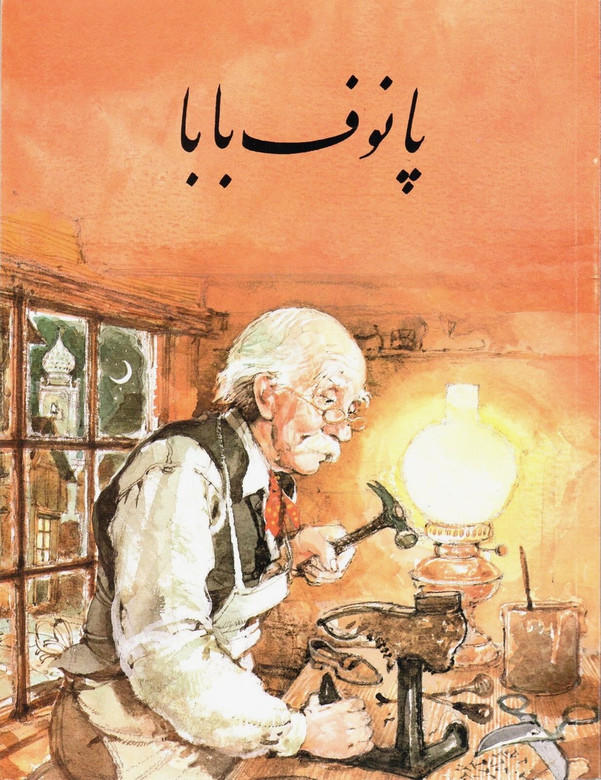 The story summarized in English: 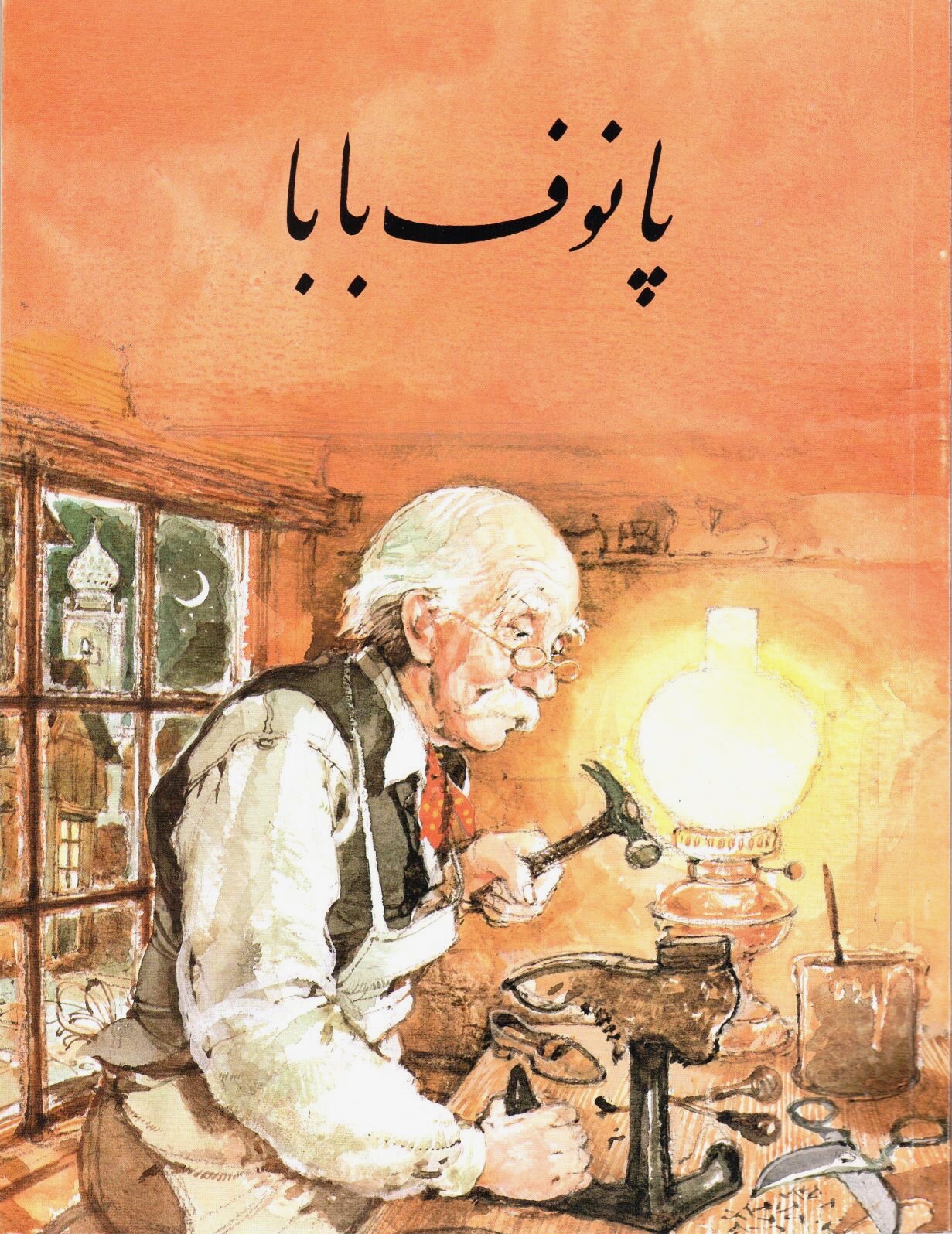 The Story of Papa Panov
An old shoemaker, Papa Panov was working very hard in his shop getting ready for Christmas. It was really hard work, he was old, lonely and nearly too blind to see what he was doing.
He sat daydreaming and had a dream that Jesus was going to visit him. He got up very excited and thought to himself... "Now what can I give to Jesus for a present?" He looked all around his little shop and he saw a tiny box on the top shelf. He remembered what was in it...some very tiny shoes, the best that he had ever made. He would give those to Jesus.
Papa Panov awoke early on Christmas morning. He was very excited at the thought of a visit from Jesus. He looked impatiently out of his door and down the road. There was a road sweeper, blue with cold and looking very hungry. Papa Panov invited him in and made him rest by the fire. Papa Panov gave the road sweeper his coat and a little of the soup that he had made. There was still enough left for Jesus when he came so it was alright. The road sweeper went away very happy.
A little while later Papa Panov looked out of his door again. He saw a tramp walking down the road. Nobody should spend Christmas like that thought Papa Panov so he invited the tramp in. The tramp got warm by the fire, had a little of the soup and Papa Panov gave him all of the money that he had. The tramp went away very happy.
It was getting late when Papa Panov looked out of his window again. He was very worried that Jesus was not going to come after all. There was a woman with a small baby passing. They were very cold, tired and hungry. Papa Panov invited them in to rest. He gave them the rest of his soup. "Oh dear," he thought. "Now there won't be any for Jesus." He looked at the baby with nothing on its feet in the icy cold weather. He remembered the little shoes and fetched the box down. The shoes fitted just right. Papa Panov gave the baby the shoes but was very upset at the thought of having nothing to give Jesus.
Night came. Papa Panov had not had a visit from Jesus. He went to bed feeling rather unhappy and very foolish.
That night Papa Panov had another dream. He dreamed that he met Jesus and asked him why he did not visit during the day. Jesus said, "But I did. I came as a road sweeper and you warmed, fed and clothed me. I came as a tramp and you fed me and gave me your money. I came as a baby, you looked after me and gave me shoes. By making all those people happy you have made me happy."