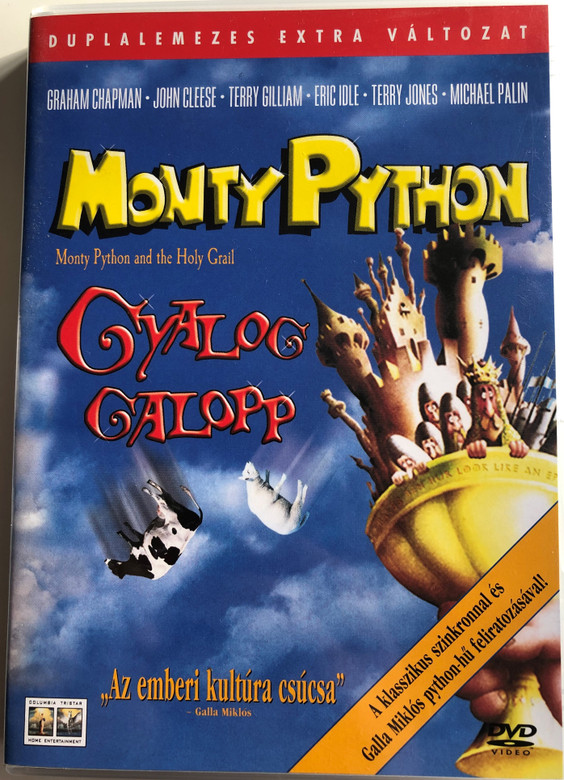 Monty Python and the Holy Grail is a 1975 British comedy film concerning the Arthurian legend, written and performed by the Monty Python comedy group of Graham Chapman, John Cleese, Terry Gilliam, Eric Idle, Terry Jones and Michael Palin, and directed by Gilliam and Jones. It was conceived during the hiatus between the third and fourth series of their BBC television series Monty Python's Flying Circus.

While the group's first film, And Now for Something Completely Different, was a compilation of sketches from the first two television series, Holy Grail is a new story that parodies the legend of King Arthur's quest for the Holy Grail. Thirty years later, Idle used the film as the basis for the musical Spamalot.