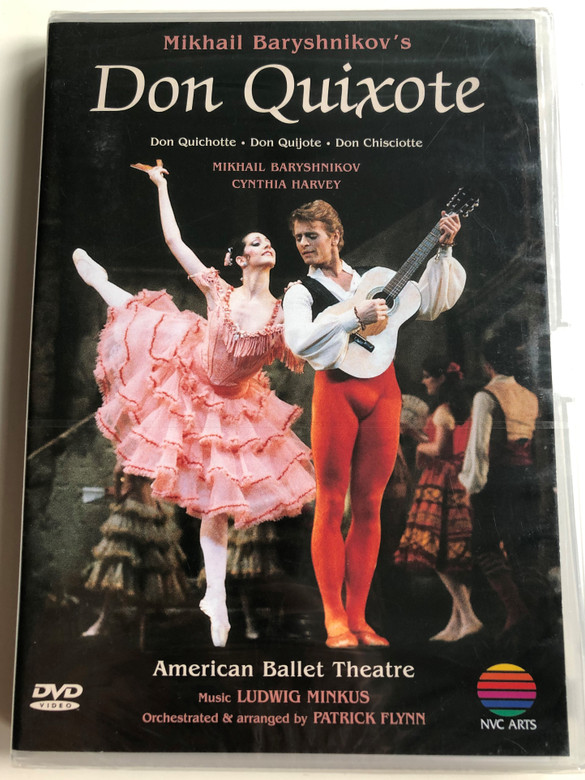 Cervantes' masterpiece on the adventures of the knight of the sad figure as a theme for a ballet has already been implemented by some choreographers. Starting with Petipa, whose staging - despite his violent protest - at the Petersburg Ballet was replaced by a new staging by Gorsky, one of his former students. The Gorsky version served as the basis for all subsequent versions and this also applies to the modern version, which was staged in the West by Rudolf Nureyev and Mikhail Baryshnikov, among others. During his time at the Kirov Ballet in Leningrad, Mikhail Baryshnikov danced the role of Don Quixote - his first leading role in Russia in a full-length ballet.

Choreographed by Mikhail Baryshnikov after Petipa and Gorsky's original staging, this sparkling full-length production captures all the excitement, Spanish flair, and humor of Cervantes' masterpiece. It is one of the most popular and joyful ballets.

The Ingenious Gentleman Don Quixote of La Mancha (Modern Spanish: El ingenioso hidalgo (in Part 2, caballero) Don Quijote de la Mancha, is a Spanish novel by Miguel de Cervantes. It was published in two parts, in 1605 and 1615. A founding work of Western literature, it is often labeled "the first modern novel" and many authors consider it to be the best literary work ever written.

The plot revolves around the adventures of a noble (hidalgo) from La Mancha named Alonso Quixano, who reads so many chivalric romances that he loses his mind and decides to become a knight-errant (caballero andante) to revive chivalry and serve his nation, under the name Don Quixote de la Mancha. He recruits a simple farmer, Sancho Panza, as his squire, who often employs a unique, earthy wit in dealing with Don Quixote's rhetorical monologues on knighthood, already considered old-fashioned at the time. Don Quixote, in the first part of the book, does not see the world for what it is and prefers to imagine that he is living out a knightly story.

Directed for video by BRIAN LARGE

Baryshnikov’s sparkling full-length production of Don Quixote captures all the excitement, Spanish colour and humour of Cervantes’ original masterpiece. It is one of the most popular and joyful ballets surviving from the imperial Russian ballet’s repertory.