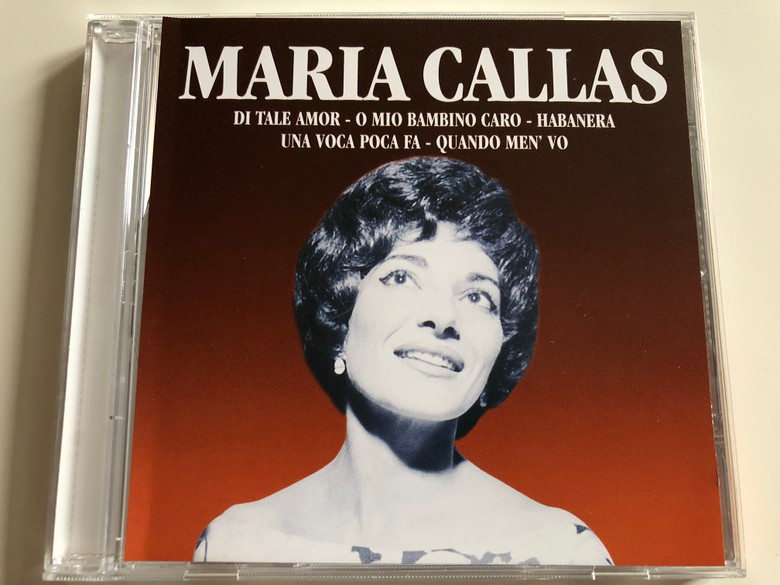 Maria Callas, (December 2, 1923 – September 16, 1977) was an American-born Greek soprano. She was one of the most renowned and influential opera singers of the 20th century. Many critics praised her bel canto technique, wide-ranging voice and dramatic interpretations. Her repertoire ranged from classical opera seria to the bel canto operas of Donizetti, Bellini and Rossini and, further, to the works of Verdi and Puccini; and, in her early career, to the music dramas of Wagner. Her musical and dramatic talents led to her being hailed as La Divina.

Born in Manhattan to Greek immigrant parents, she was raised by an overbearing mother who had wanted a son. Maria received her musical education in Greece at age 13 and later established her career in Italy. Forced to deal with the exigencies of 1940s wartime poverty and with near-sightedness that left her nearly blind onstage, she endured struggles and scandal over the course of her career. She turned herself from a heavy woman into a svelte and glamorous one after a mid-career weight loss, which might have contributed to her vocal decline and the premature end of her career.

The press exulted in publicizing Callas's temperamental behavior, her supposed rivalry with Renata Tebaldi and her love affair with Greek shipping tycoon Aristotle Onassis. Although her dramatic life and personal tragedy have often overshadowed Callas the artist in the popular press, her artistic achievements were such that Leonard Bernstein called her "the Bible of opera" and her influence so enduring that, in 2006, Opera News wrote of her: "Nearly thirty years after her death, she's still the definition of the diva as artist—and still one of classical music's best-selling vocalists."
Label: Weton-Wesgram ‎– CD97135
Format: CD, Album
Country: Netherlands
Released: 2001
Genre: Classical
Style: Opera 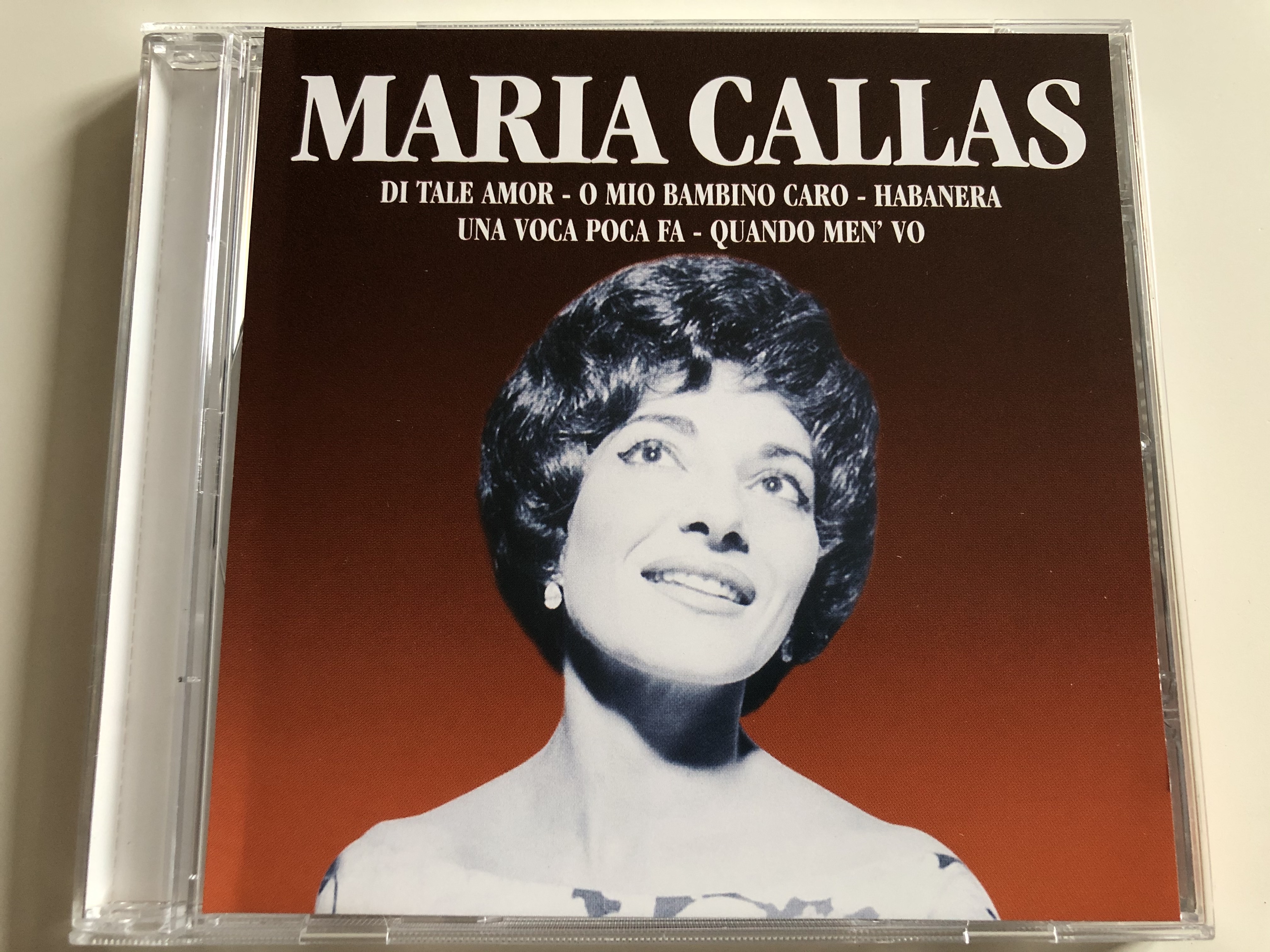 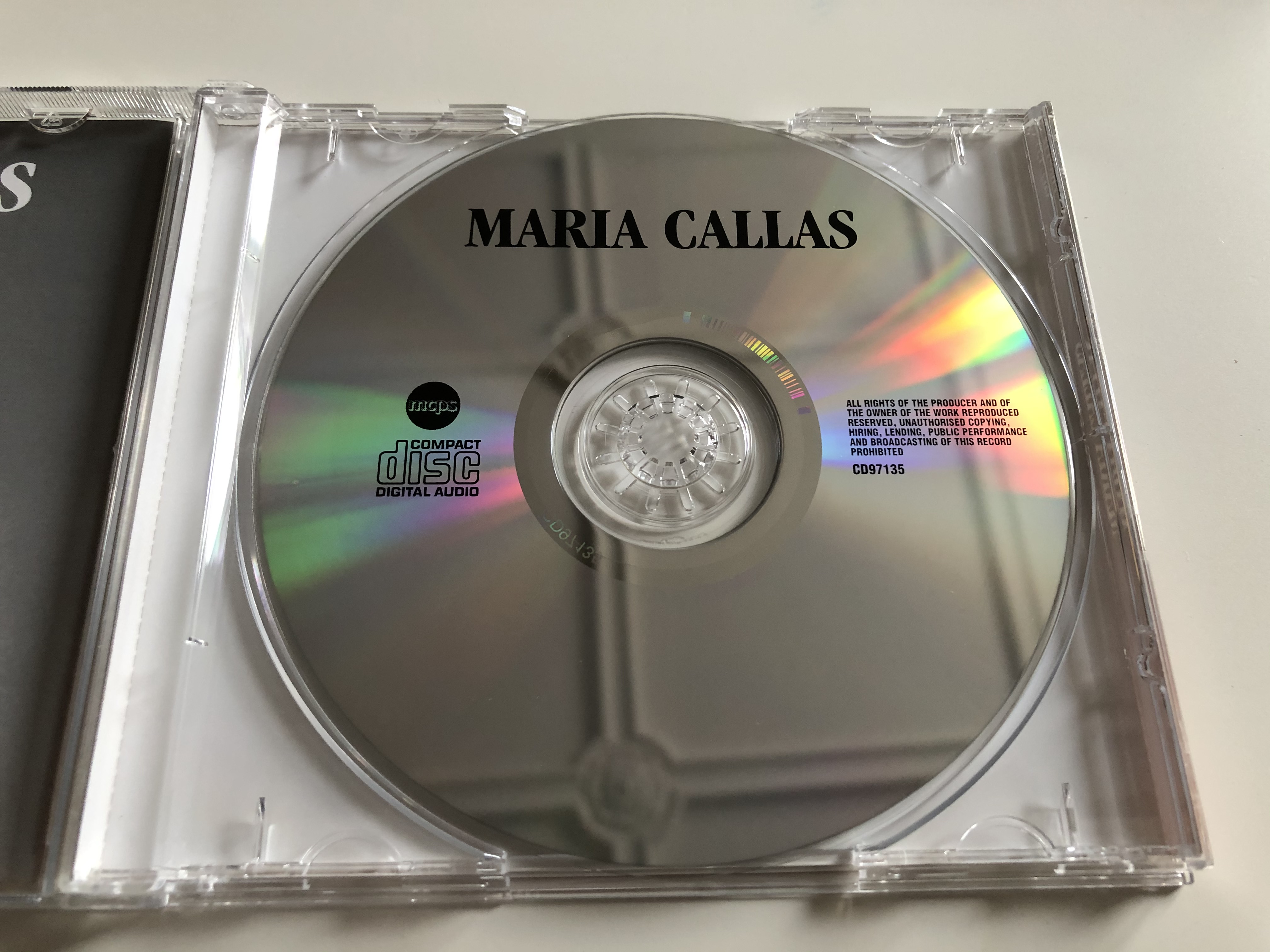 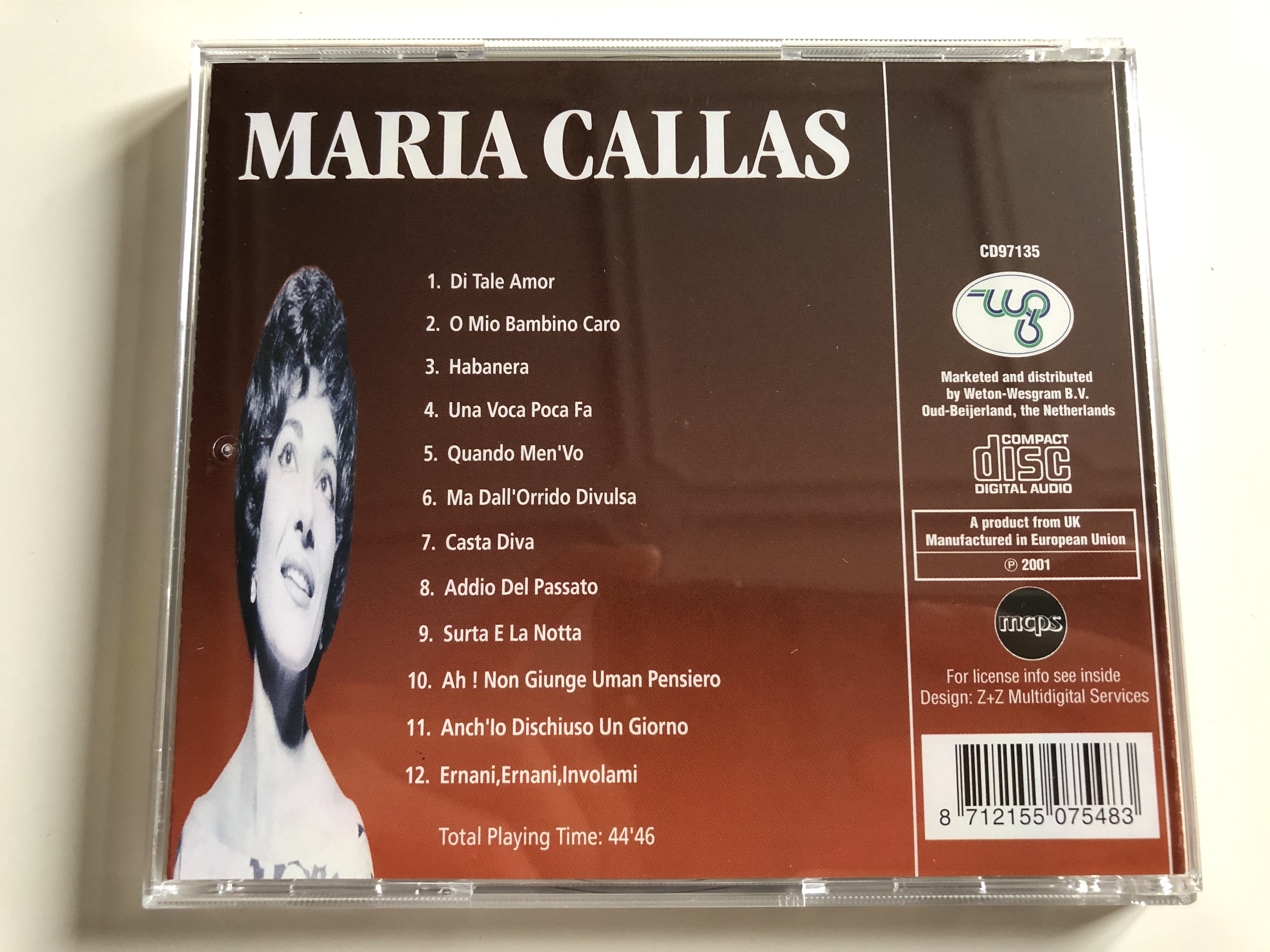