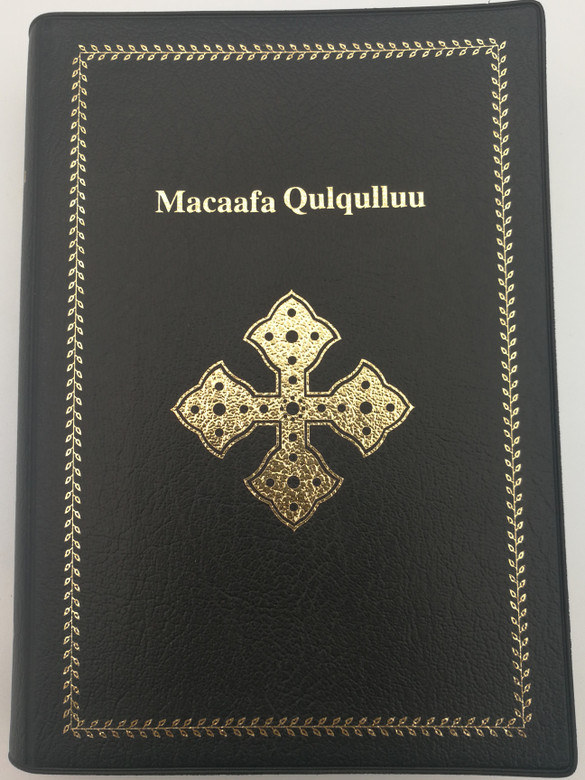 Oromo (/ˈɒrəmoʊ/ or /ɔːˈroʊmoʊ/; Oromo: Afaan Oromoo) is an Afroasiatic language belonging to the Cushitic branch. It is native to the Ethiopian state of Oromia and spoken predominantly by the Oromo people and neighbouring ethnic groups in the Horn of Africa.

Oromo is written with a Latin alphabet called Qubee which was formally adopted in 1991. Various versions of the Latin-based orthography had been used previously, mostly by Oromos outside of Ethiopia and by the OLF by the late 1970s (Heine 1986). With the adoption of Qubee, it is believed more texts were written in the Oromo language between 1991 and 1997 than in the previous 100 years. In Kenya, the Borana and Waata also use Roman letters but with different systems.

The Sapalo script was an indigenous Oromo script invented by Sheikh Bakri Sapalo (1895-1980; also known by his birth name, Abubaker Usman Odaa) in the late 1950s, and used underground afterwards. Despite structural and organizational influences from Ge'ez and the Arabic script, it is a graphically-independent creation designed specifically for Oromo phonology. It is largely alphasyllabic in nature, but lacks the inherent vowel present in many such systems; in actual use, all consonant characters are obligatorially marked either with vowel signs (producing CV syllables) or with separate marks used to denote long consonants and consonants not followed by a vowel (e.g. in word-final environments or as part of consonant clusters).

The Arabic script has also been used intermittently in areas with Muslim populations.