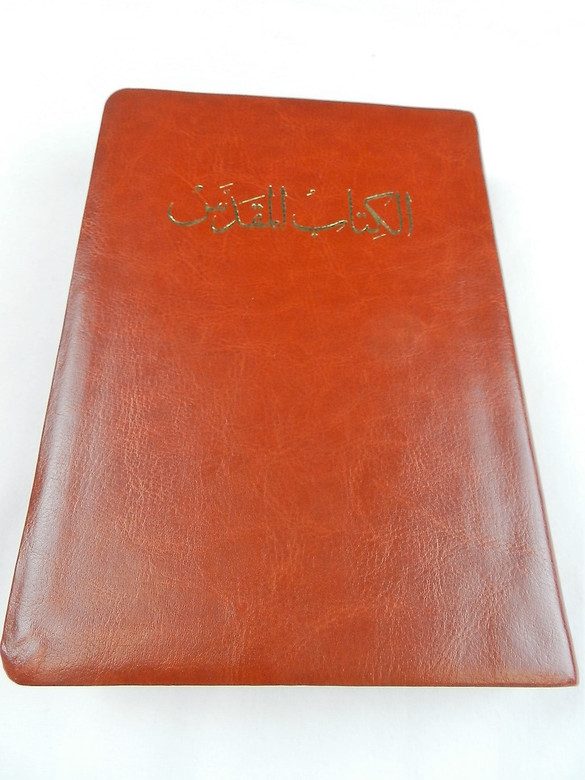 The text is formatted in two columns with paragraph titles and punctuations.  Color Maps.

The most popular translation is the Van Dyck Version, funded by the Syrian Mission and the American Bible Society.

The project was the brainchild of Eli Smith, and started around 1847, centered in Beirut.

After Eli Smith's death it was completed under the direction of Cornelius Van Allen Van Dyck.

The original manuscript is preserved in the Near East School of Theology Library in Beirut.

About 10 million copies of this version have been distributed since 1865.

It has been accepted by the Coptic Church and the Protestant churches.

This translation was based mostly on the same Textus Receptus as the English King James Version of the Bible,

and follows a more literal style of translation.

(possibly the same plates that were made when the translation was first adopted).

These plates employ the "stacking" version of writing Arabic, in which, for example, letters that precede other specified letters,

such as jīm, are written vertical to rather than horizontal to that letter.

This style of Arabic can be hard to read at times, especially for non-native students of Arabic.

More recently, newer printings of the Van Dyck have been made which employ a more common, straightforward Arabic font.

was an American missionary and translator of the Bible into Arabic.

Van Dyck has long been respected by Arabs for his intimate knowledge of their history, culture, language, and proverbs,

for his ability to work among Syrians without condescension, and especially for his contribution to the revival of Arabic

literature in the nineteenth century.

In 1840, he was sent to Lebanon by the American Board of Commissioners for Foreign Missions as a medical missionary

for the Dutch Reformed Church, and he was stationed at Beirut, Abeih, Sidon, and Mount Tabor.

He studied Arabic in Beirut under Butrus al-Bustani and Nasif al-Yaziji, both of whom later became famous Arab writers,

and Yusuf al-Asir, with whom he would later collaborate in translating the Bible into Arabic.

He married Julia Abbott, daughter of the former British consul-general in Beirut, in December 1842.

In 1857, he began to work on the Arabic Bible. After completing the translation in 1865,

he went to New York to supervise its printing, also teaching Hebrew for two years at Union Theological Seminary 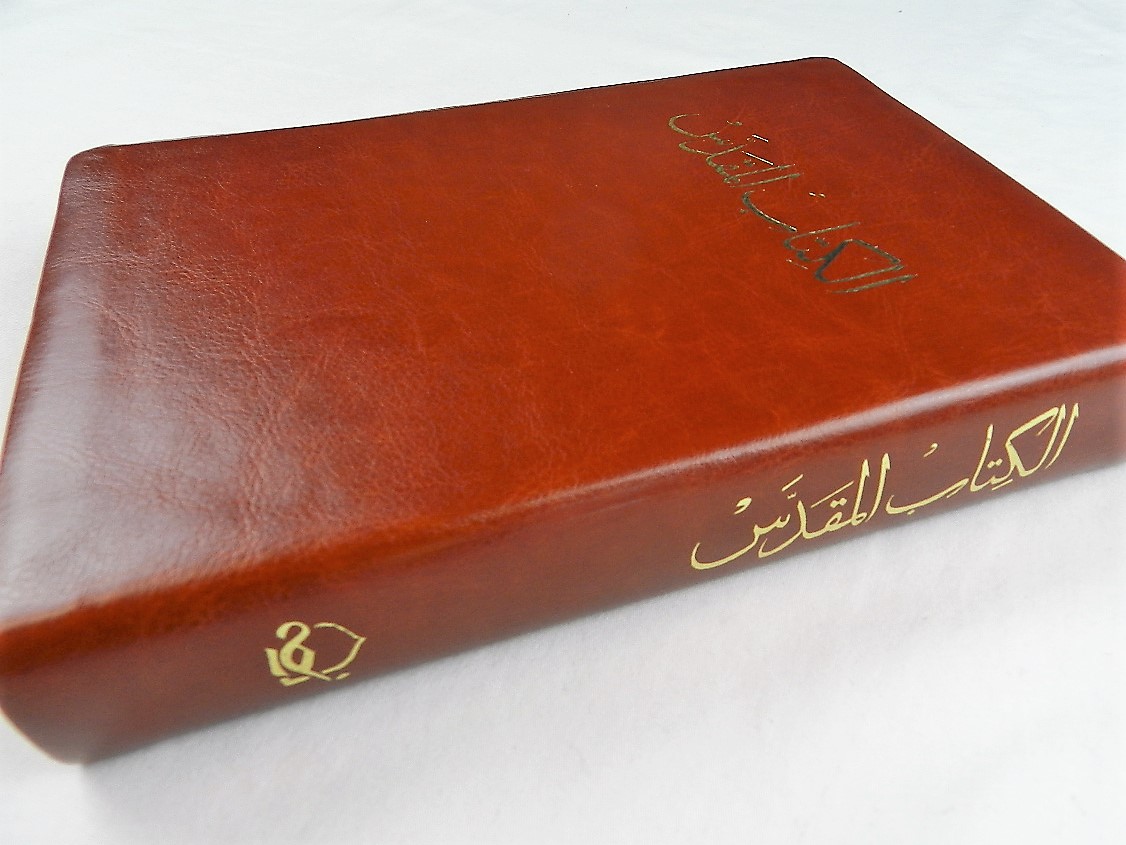 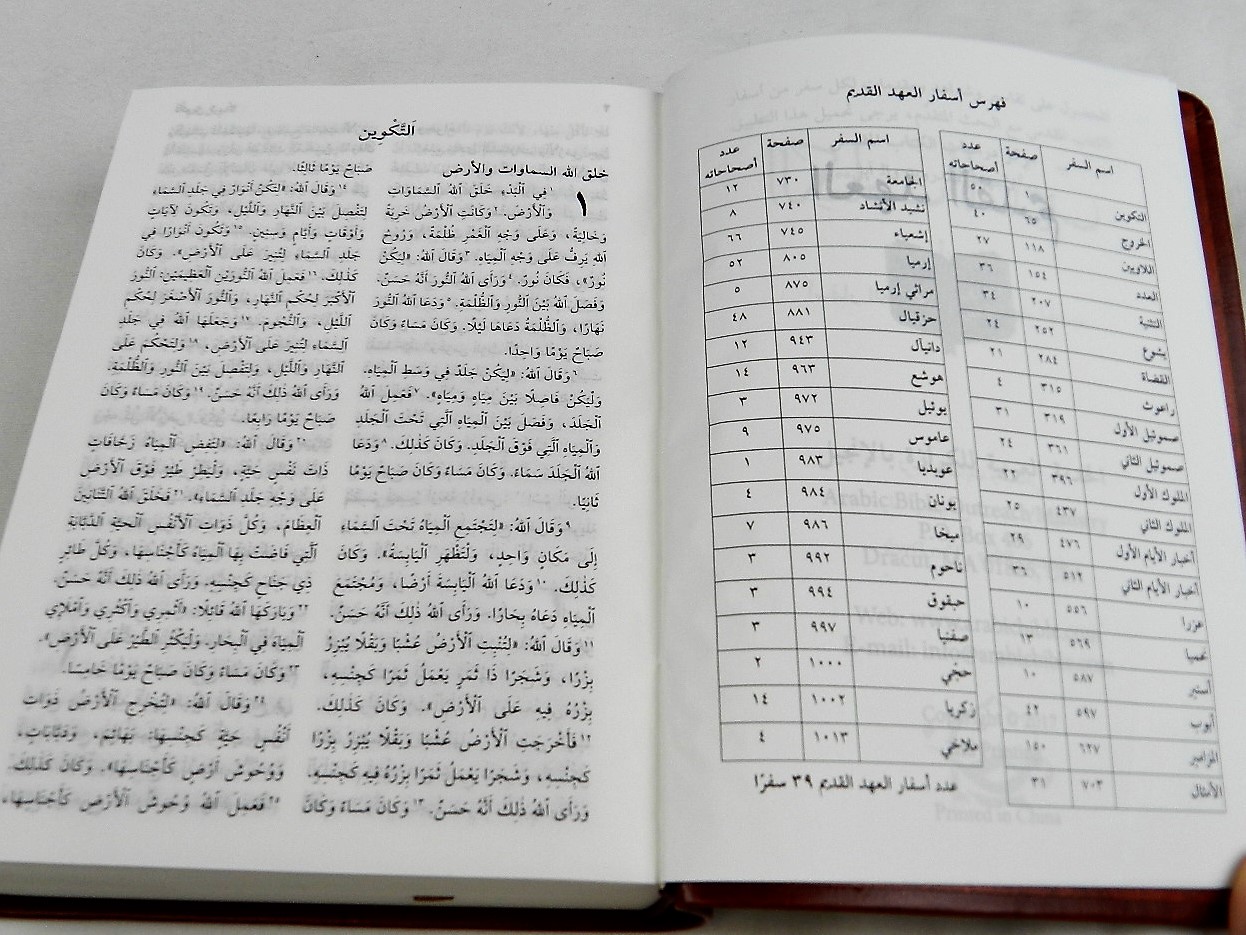