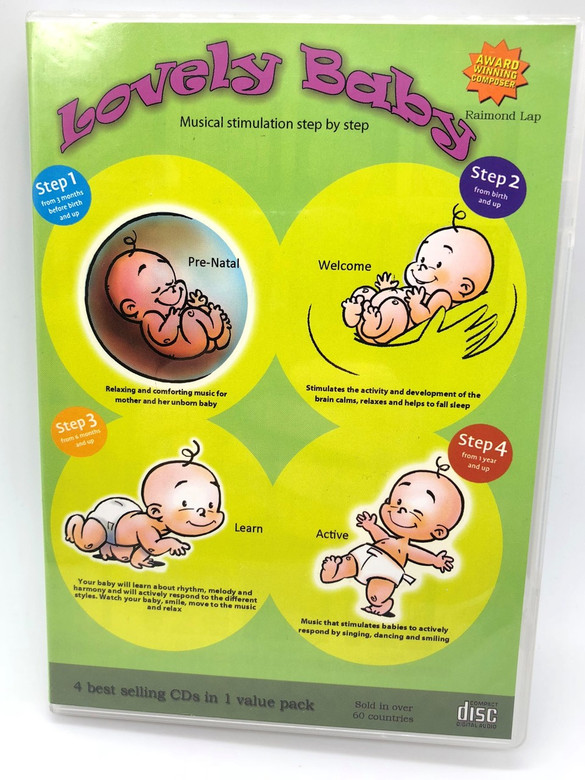 After 6 years of Conservatories and years of experience in composing and arranging music in 1990 composer Raimond Lap started to create music for his first born. He was convinced that the right mix of classical influences and modern style music would give his child a future head-start. It would stimulate his brain more than normal and give him the opportunity to musically and intellectually develop further. Fact is that all his four children have amazing results at school, show great creativity and have very special musical interests and talents. Raimond is convinced that apart from inherited genes the intellectual level was reached simply by confronting his children with his specially created music.

Raimond Lap: It's a fact that music has a great influence on the development of a baby's brain. I truly believe this is underestimated. But we could change things. My music is meant not only for entertainment but also for learning and developing. Let\'s offer our next generation the advantage of early learning.

Raimond tested out 50 babies in his neighborhood and examined the results before presenting his child with this wonderful concept. His first Baby CD-recording was created totally for his own child without any commercial interest .However it was not too long before a record-company approached him and the national release of the first Baby CD was a fact. Within several months thousands of CD\'s were sold and Raimond was inundated with a stream of wonderful reactions by phone, letter, and e-mail. His music does even more than he had hoped for: it creates a peaceful atmosphere in a home-enviroment and relaxes the whole family.

Raimond Lap: I could never dream that my music has so many influences on people. I created it for babies, they love it, but also parents enjoy the relaxing effect of the music. Some even fall asleep while listening. Most important to me is the fact that my music can change the next generation, and make it a better world.

Special effects such as, baby- and toy sounds draw the attention of babies and because of his 'super-stereo' effects on the CD's one can actually see the head of a baby turn from one speaker to the other. Lot's of mothers have thanked him as their babies often stop crying when listening to his music.

Raimond Lap: I get lots of wonderful reactions. Most of the time parents are amazed that their babies really respond to my music. They start moving, mumbling, laughing or simply falling asleep. But it also helps baby's that cry a lot. When listening to my music they forget the pain they may endure and really stop crying.

Because Music is an International Language, these CD's can stimulate every newborn no matter where they live. At this point millions of babies worldwide are enjoying his music and his CD's are available in thousands of stores. Due to the immense success Raimond has been awarded a Golden record.

Raimond Lap: I'm very happy with my Golden award. It's actually quite simple. For me it's proof that my music really works. 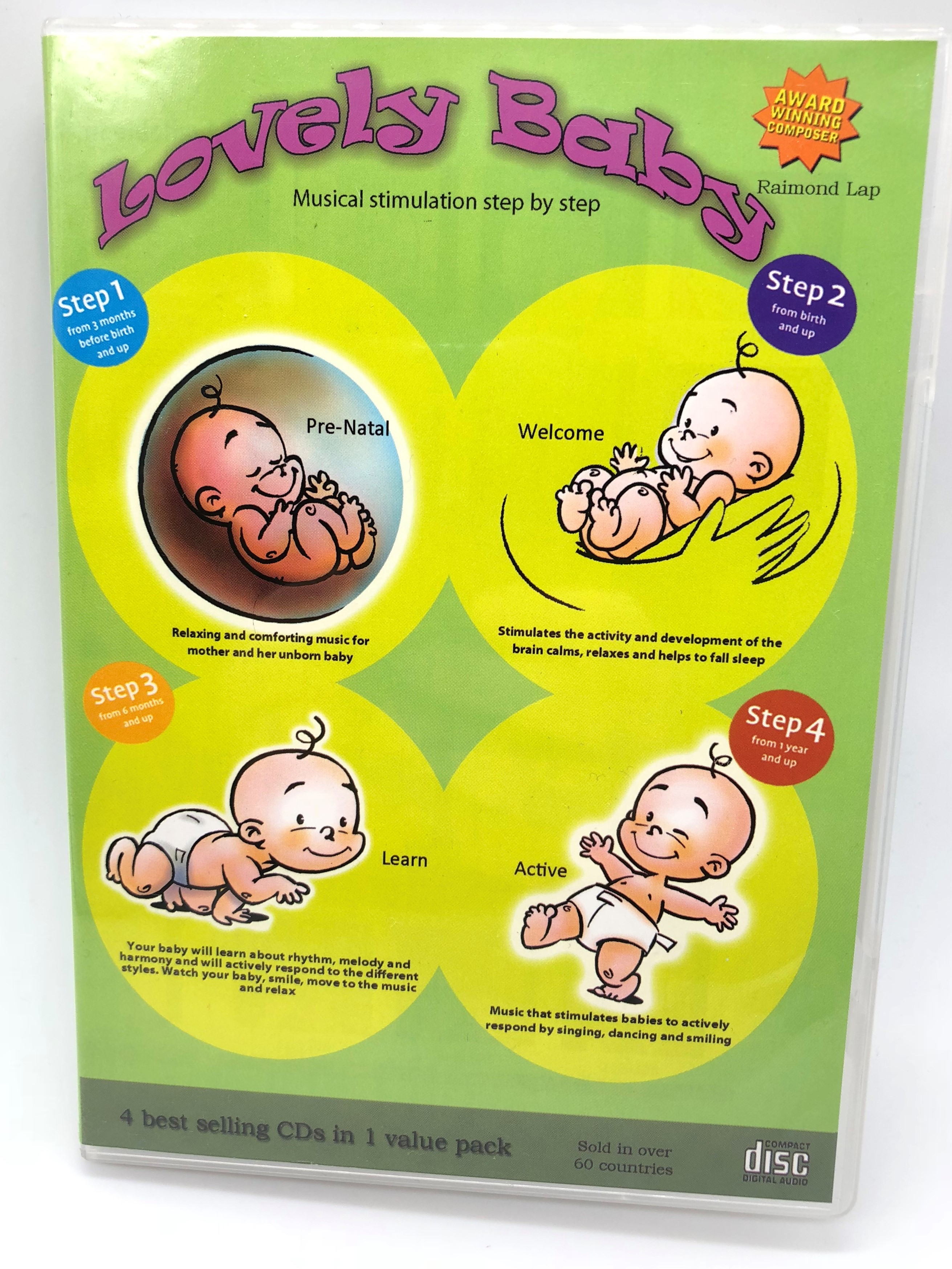 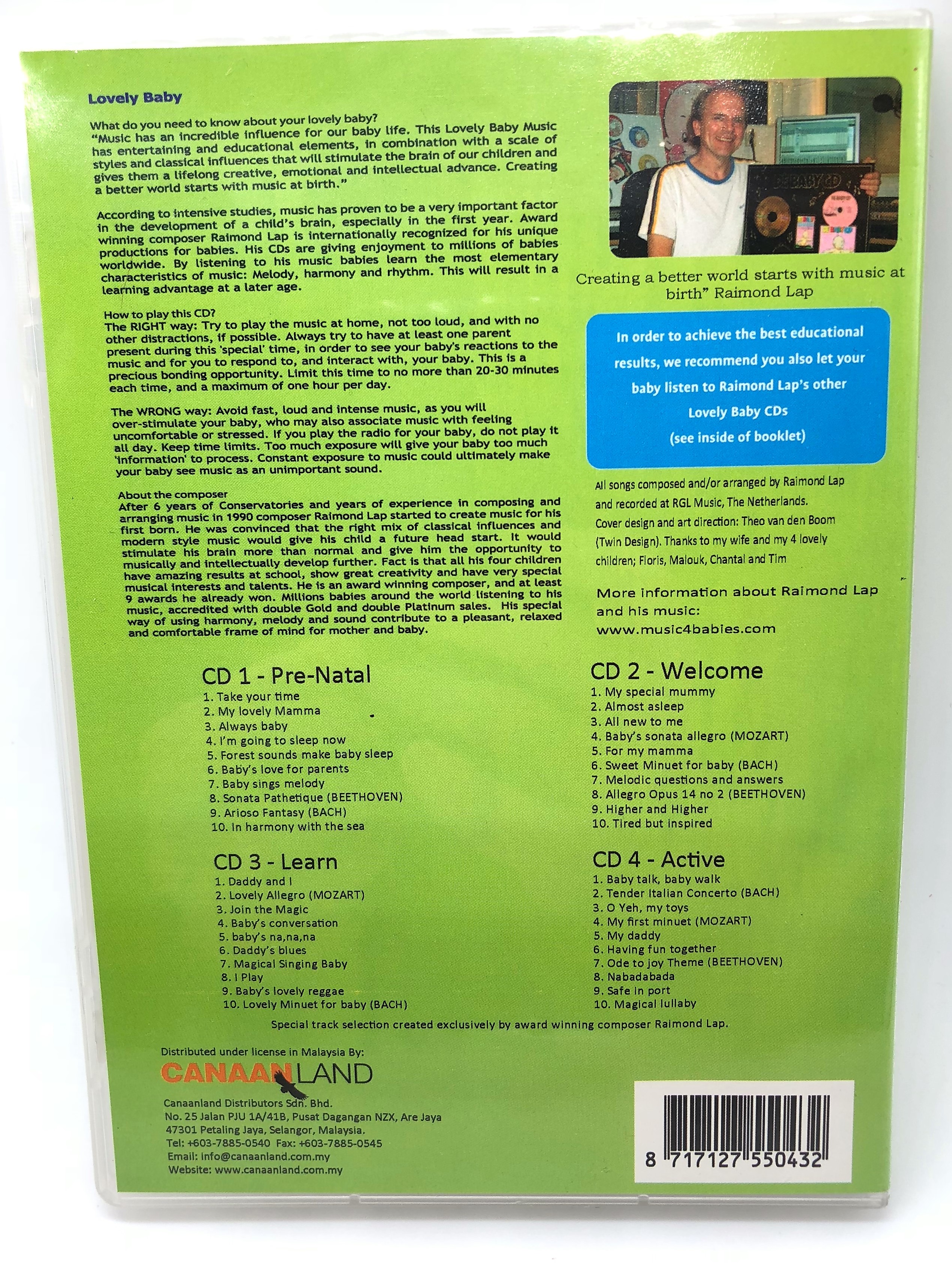