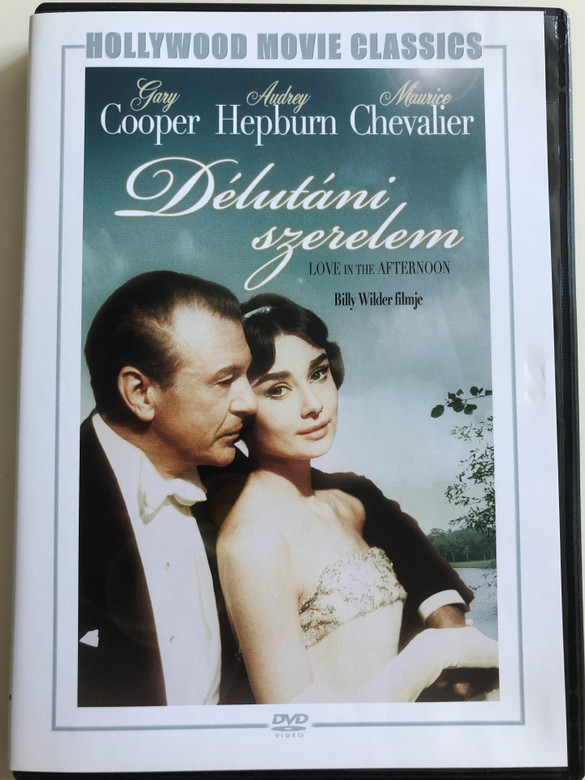 Love in the Afternoon is a 1957 American romantic comedy film produced and directed by Billy Wilder which stars Audrey Hepburn and Gary Cooper. The screenplay by Wilder and I.A.L. Diamond is based on the Claude Anet novel Ariane, jeune fille russe (trans., Ariane, Young Russian Girl), which had been filmed as Scampolo in 1928 and Scampolo, ein Kind der Strasse (trans., Scampolo, a Child of the Street) in 1932, the latter with a script co-written by Wilder. Wilder was inspired by a 1931 German adaptation of the novel Ariane directed by Paul Czinner.[5] None of these works is related to the last of Éric Rohmer's "Six Moral Tales," the 1972 film L'Amour l'après-midi (Love in the Afternoon, released in the US as Chloe in the Afternoon).

PLOT:  Young cello student Ariane Chavasse (Audrey Hepburn) eavesdrops on a conversation between her father, widowed private detective Claude Chavasse (Maurice Chevalier), and his client, "Monsieur X" (John McGiver). After learning of his wife's daily trysts with American business magnate Frank Flannagan (Gary Cooper) in Room 14 at the Paris Ritz, Monsieur X announces he will shoot Flannagan later that evening. Claude is nonchalant, regretting only the business he will lose (Flannagan is a well-known international playboy with a long history of numerous casual affairs). When Ariane cannot get the Ritz to put her through to Flannagan on the phone, and the police decline to intervene until after a crime has been committed, she decides to warn him herself.

Ariane is in time. When Monsieur X breaks into Flannagan's hotel suite, he finds Flannagan with Ariane, not his wife, who is cautiously making her escape via an outside ledge. Flannagan is intrigued by the mysterious girl, who refuses to give him any information about herself, even her name. He starts guessing her name from the initial "A" on her purse, and when she declines to tell him he resorts to calling her "thin girl". She has no romantic history but pretends to be a femme fatale to interest him, and soon falls in love with the considerably older man. She agrees to meet him the next afternoon, because her orchestral practice is in the evenings (although she does not admit that is the reason). She comes with mixed feelings, but ends up becoming his lover for the evening until his plane leaves (though later Flannagan says he did not make it to first base with her).

Her father, who has tried unsuccessfully to protect her from knowing about the tawdry domestic-surveillance details in his files, notices her change of mood but has no idea that it proceeds from one of his cases. 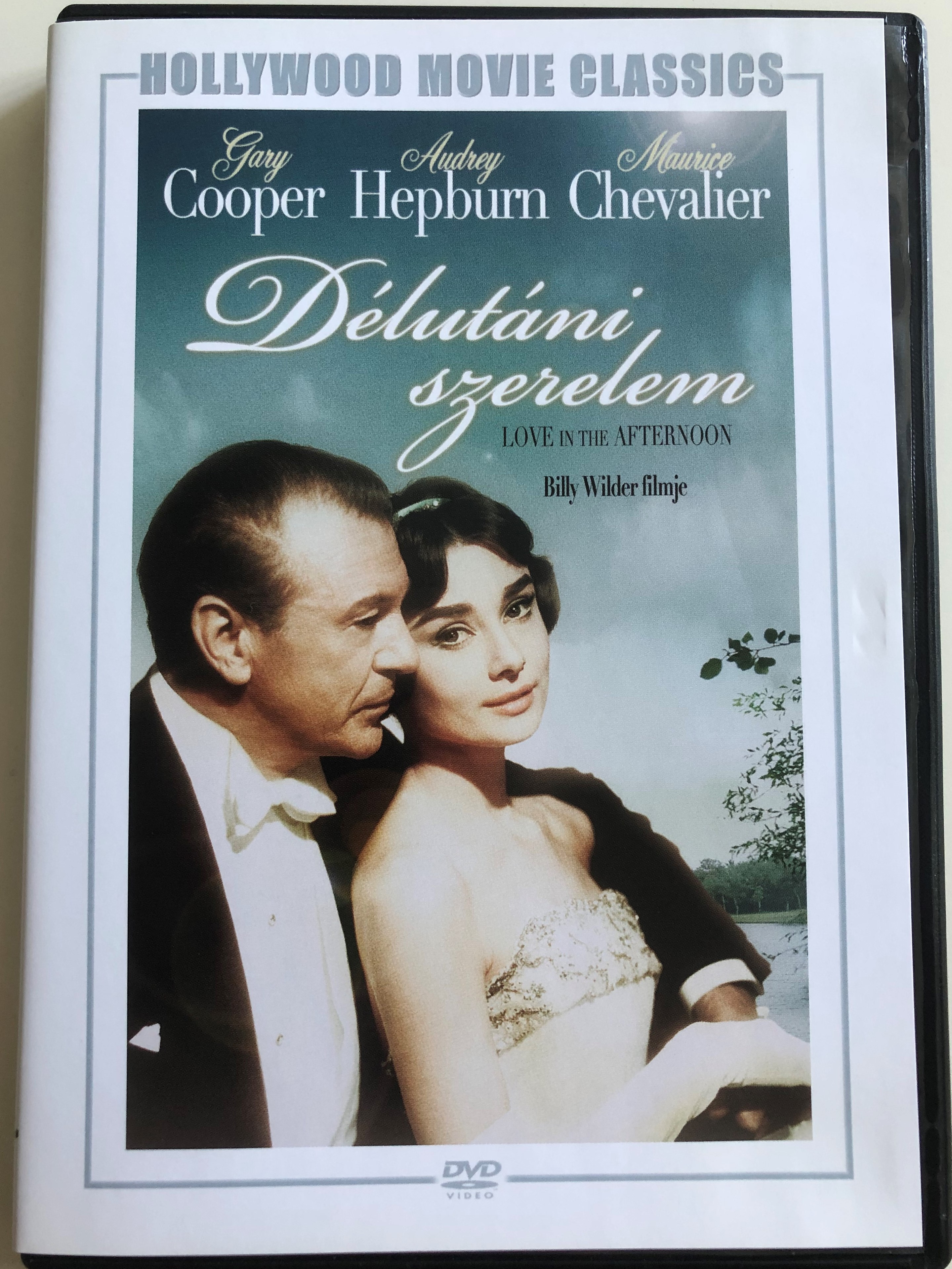 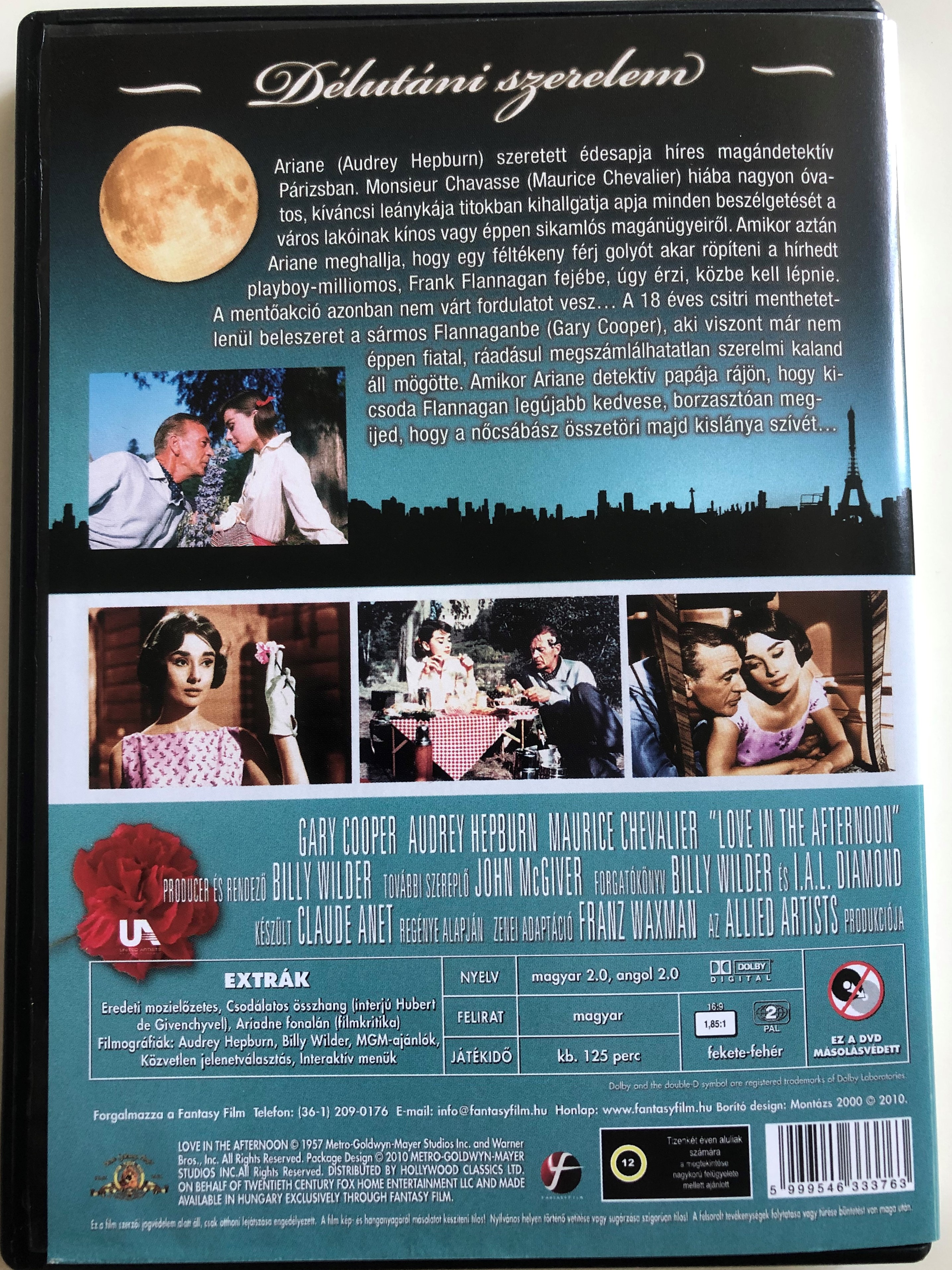