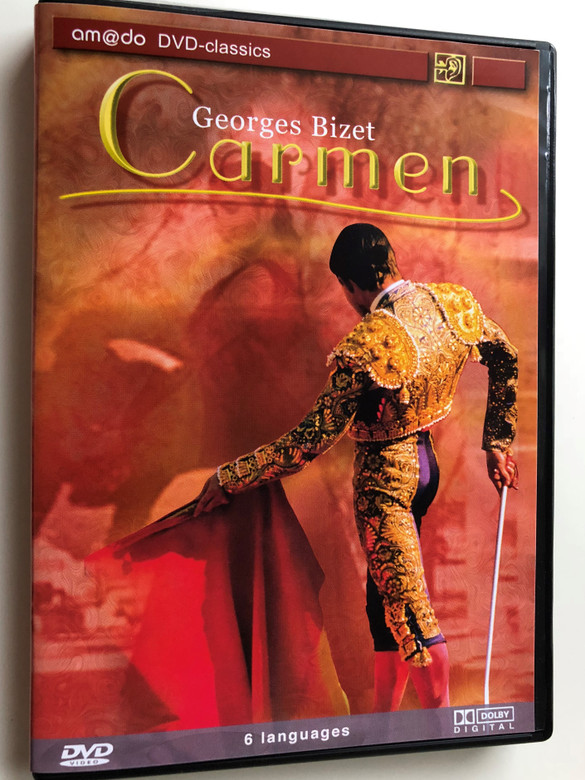 An abridged version of Bizet's celebrated opera, performed on the open-air stage at St Margarethen in August 1998.

Love, jealousy and death – George Bizet’s most popular work „Carmen“ includes all accessories for a succesful opera. Nevertheless, on the occasion of the Paris première in 1875 it was only granted a moderate success. On the one hand, the audience was disturbed by the cool realism and the tragic end, but on the other side it was fascinated by the „immorality“ of the story which is based on Prosper Merimée’s novella of the same name. Due to the disappointing reactions Bizet sank into deep depression and only three months after the first night was held he died of a serious illness at the age of 36.
Consequently, he did not have the chance to enjoy the triumphal march of the „female elemental force“ Carmen which began shortly afterwards. Today, his last work is counted among the most popular works in the history of opera and melodies like the famous „Habanera“ sung by Carmen or Escamillo’s Torero Song are well known opera classics.
The DVD in hand presents an open-air staging of the Opera Festival St. Margarethen recorded in 1998 in the colourful stage set of the Roman quarry which on this occasion was turned in to a Spanish arena. As special feature the DVD presents interviews with persons involved as well as a short Bizet documentary. 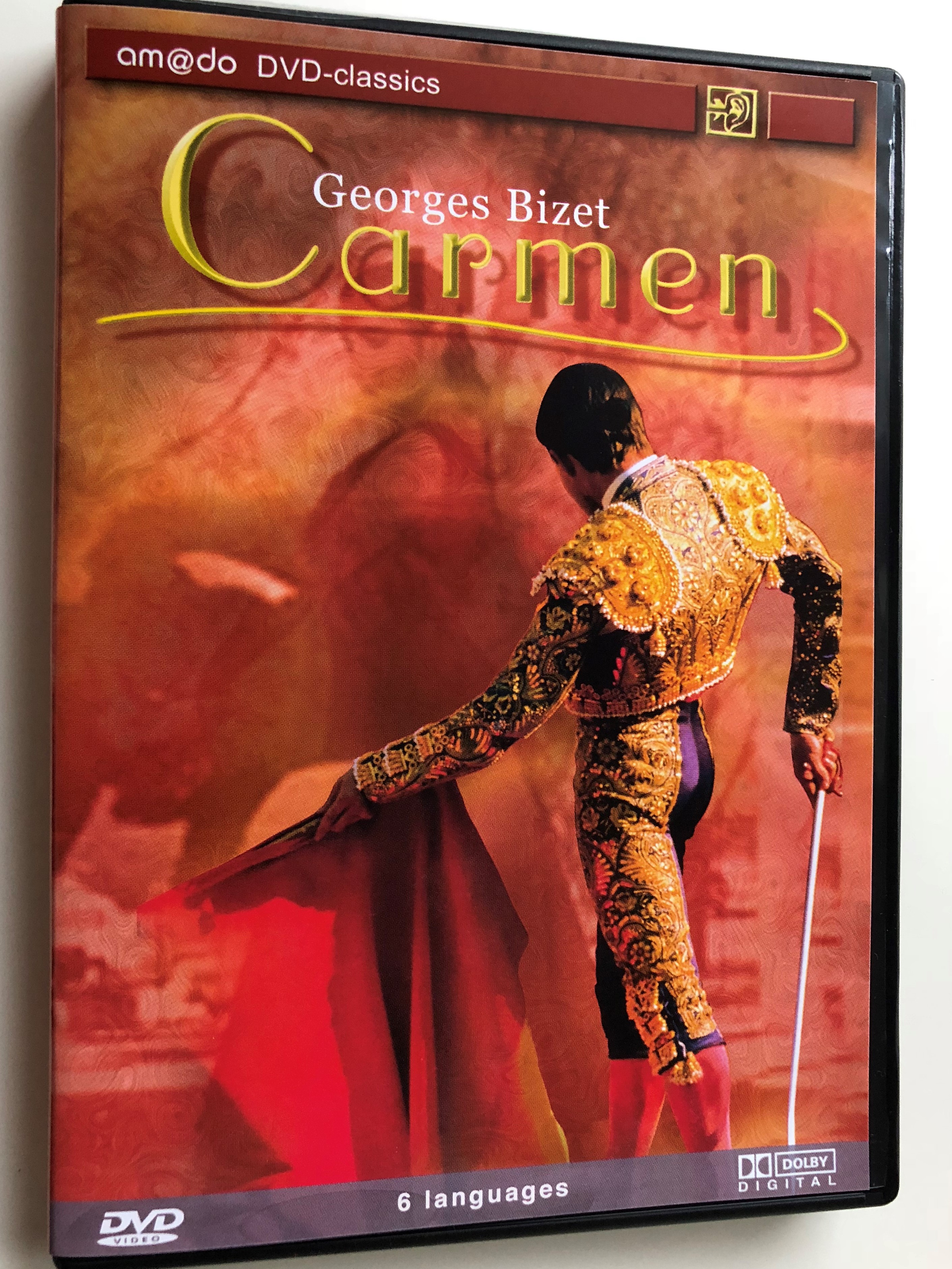 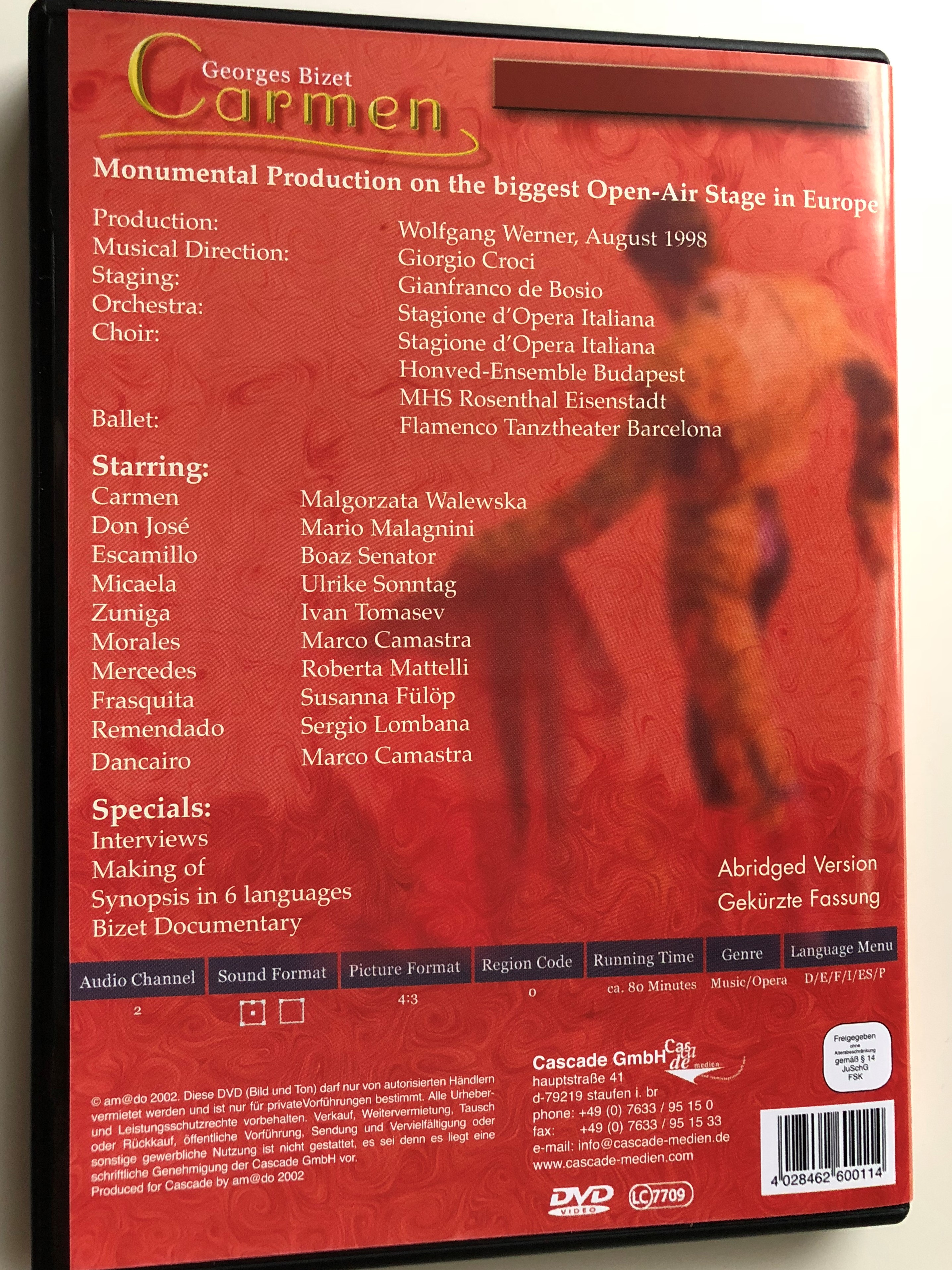