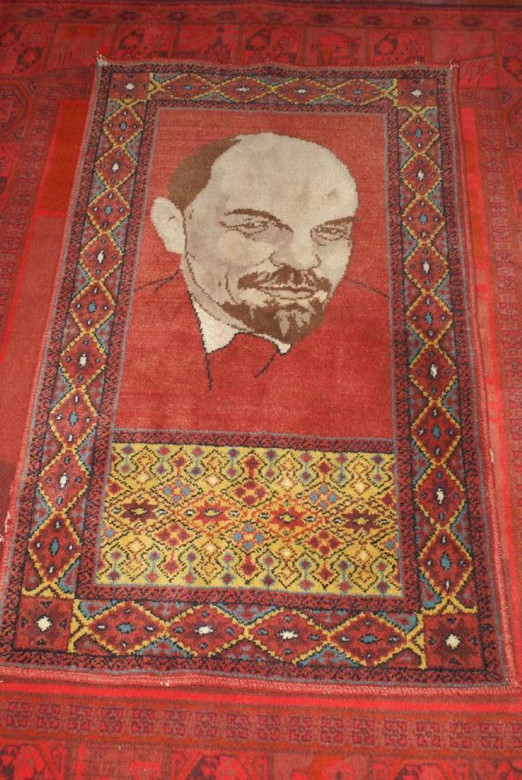 Carpet with the portrait of Comrade Lenin

LENIN Carpet from the Soviet Union 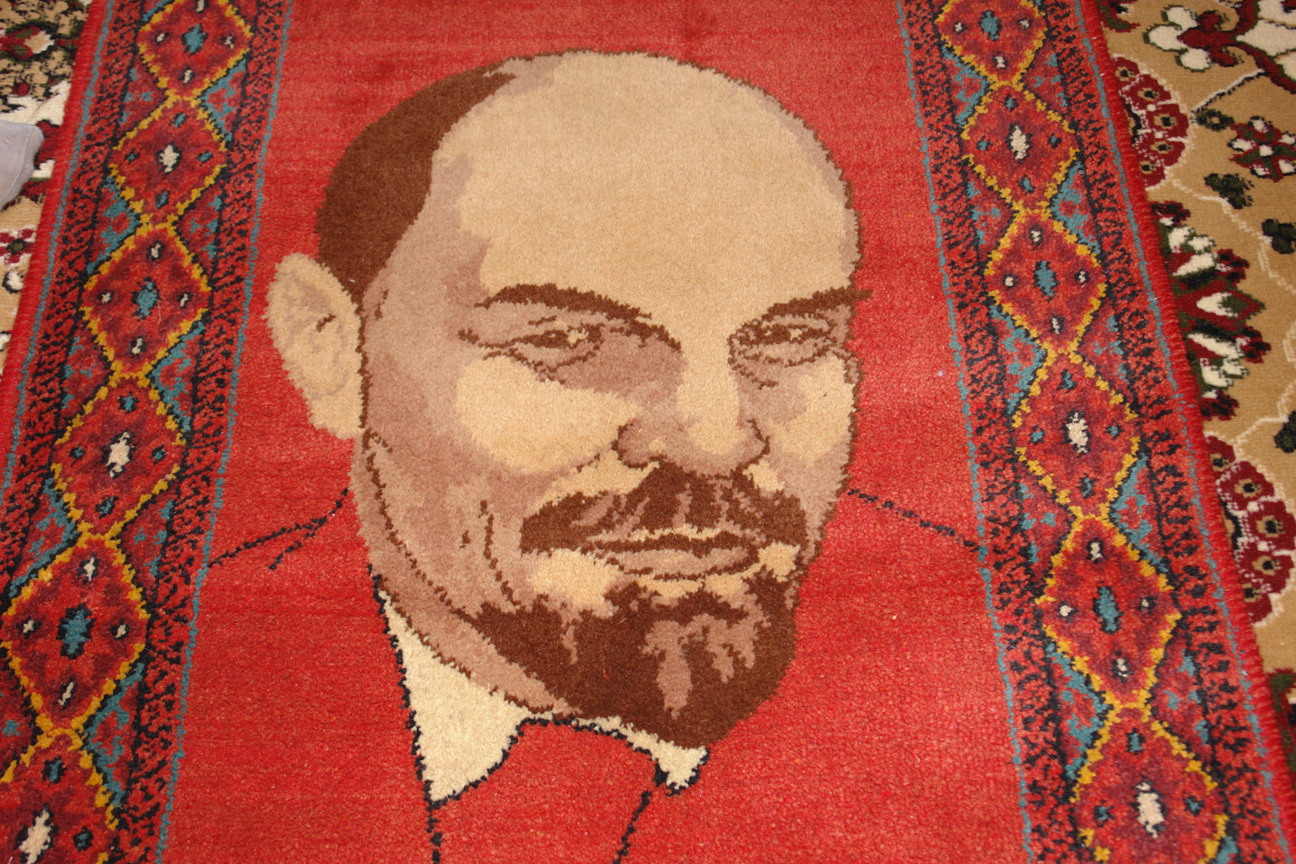 This is a beautiful Rug With the portrait of (Russian: Владимир Ильич Ленин) (22 April 1870 – 21 January 1924), born Vladimir Ilyich Ulyanov (Russian: Владимир Ильич Ульянов) and commonly known by the names V. I. Lenin or simply Lenin, was a Russian revolutionary, Bolshevik leader, communist politician, principal leader of the October Revolution and the first head of the Soviet Union. In 1998, he was named by Time magazine as one of the 100 most influential people of the 20th century. His contributions to Marxist theory are commonly referred to as Leninism. Lenin was born in Simbirsk – later renamed Ulyanovsk after its most famous son – beside the Volga River in the Russian Empire, Lenin was the son of Ilya Nikolaevich Ulyanov and Maria Alexandrovna Blank. 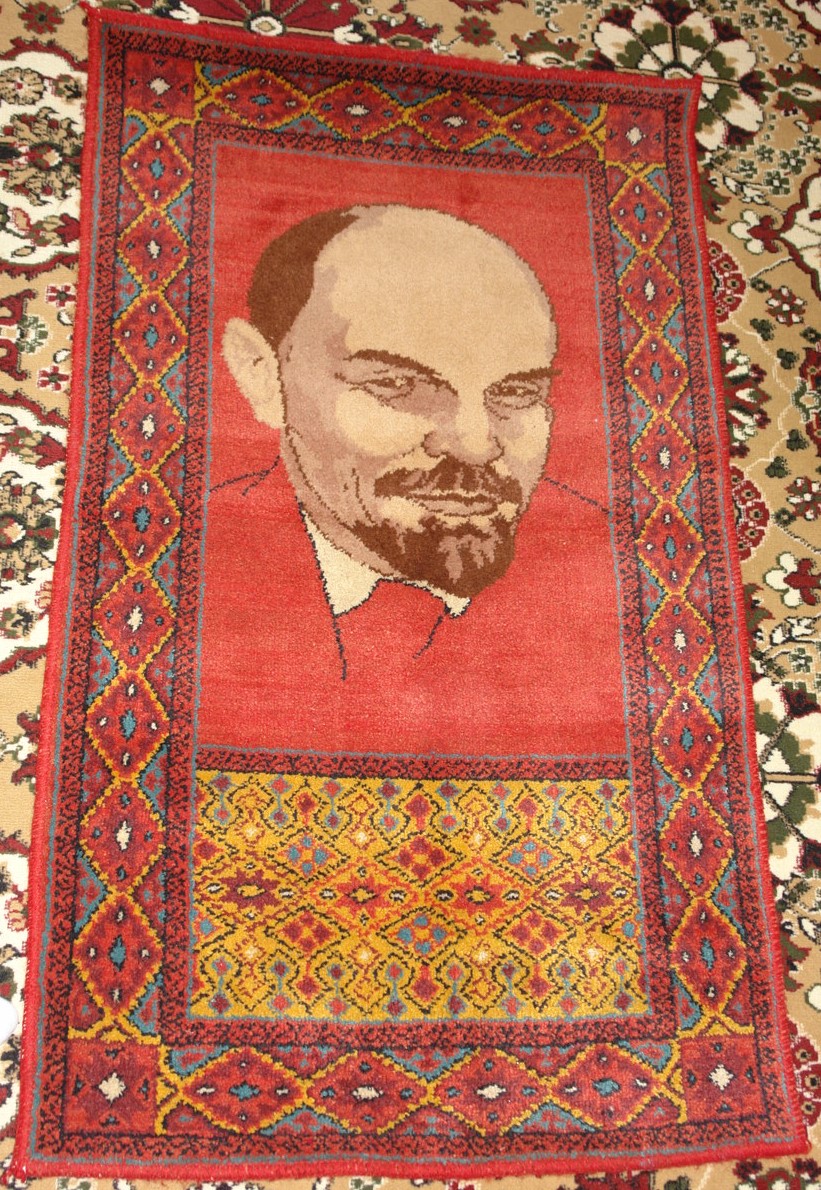 BACK VIEW of the rug: 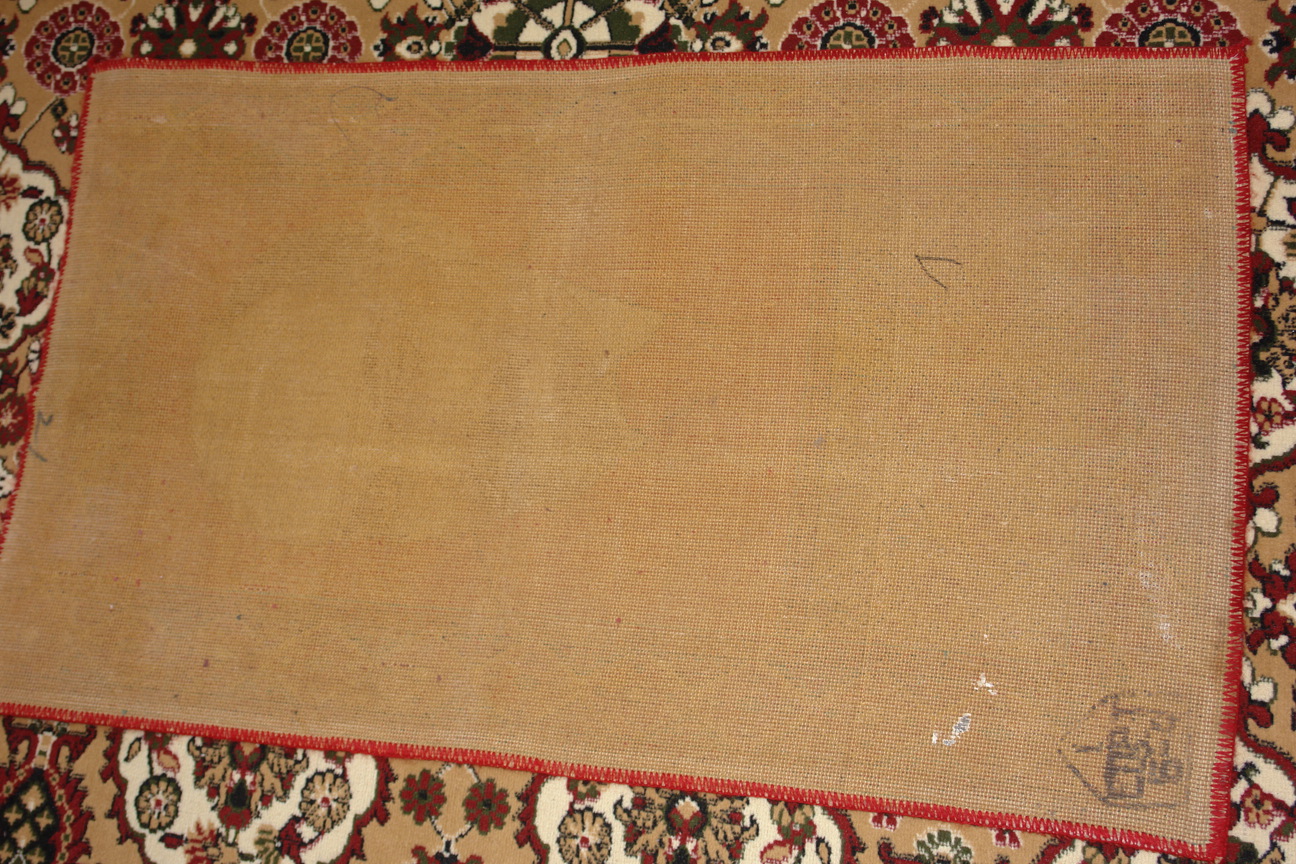